Remembering Alan Rickman on the Anniversary of His Death

You'll be with us, always. 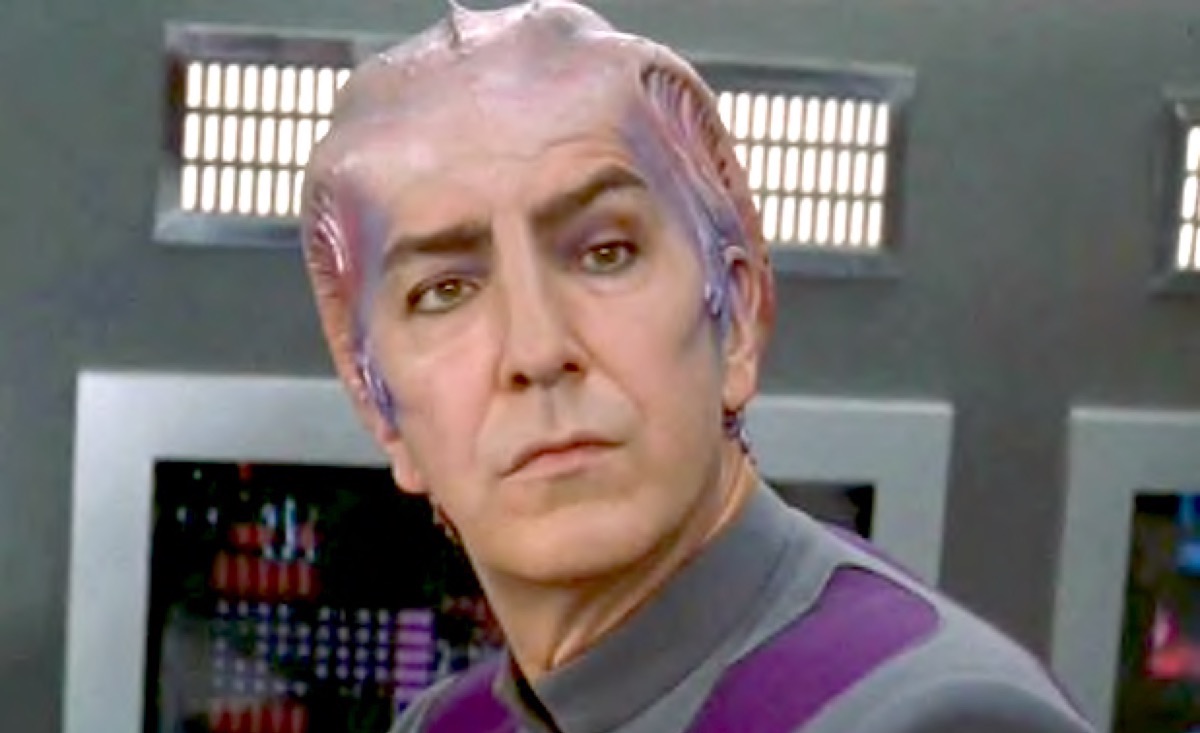 Today marks the anniversary of the death of the legendary actor Alan Rickman, and like everyone else on social media, we’re not ok. Everyone has a different story on how they were introduced to the brilliance that is Rickman. Personally, I remember him from Die Hard, and not from the Harry Potter franchise, but whatever the case, none of us will forget him.

At first, I didn’t know what made him so eye-catching. Bruce Willis’s  John McClane was the star, after all. But a small part of me wanted suit-wearing Gruber to win because he did such an excellent job at being diabolical and evil. It would take years for me to realize that the real reason I loved Hans, and Rickman, is thanks to his voice.

Then the obsession began.

I continued watching Rickman in Sense and Sensibility, Dogma, and Galaxy Quest—basically, anything I could get my hands on or that my mother would let me watch. I particularly loved Galaxy Quest because of how much heart and laughter Rickman brought to the role of Alexander Dane. I knew that he could handle drama, but I didn’t know he could do something as silly as Galaxy Quest so perfectly. And for that, it’s one of my favorite movies of all time.

Rickman’s casting in the Harry Potter franchise as Severus Snape was a welcome role. Yes, his character would do questionable things that there are no excuses for. But Rickman was on my screen, movie after movie, showing everyone how talented he was. No wonder I still stanned him throughout the franchise and was devastated at his death by that basic snake, Nagini.

When Rickman passed away in real life, I was devastated like many, many othera. He is and will always continue to be a shining light in a sucky year that has only just started. He will be a reminder that even though he’s gone, his impact on us will remain. His work and movies are still here, ready to entertain. You just have to hit play.

He will be missed. Always. pic.twitter.com/1jkRnSqDYo

Today, we mourn the loss of Alan Rickman, who passed away on this day in 2016. Rickman gave life to the character Severus Snape – a truly iconic role! pic.twitter.com/7w5lq6zt5z

Raise Your wands and pay respects to one of the most talented actors to grace the scene! #AlanRickman always had the sexiest purr voice I’ve ever heard! When I was a kid I thought he was so attractive when others where looking at Backstreet boys 🤣RIP #Always remember pic.twitter.com/NppiWSLPCK

5 years without the genuis that was Alan Rickman, this quote still makes me cry 😢 pic.twitter.com/Vzp7bUcUOZ

#AlanRickman once said… ✨
“I dont know where you lead from as an actor; people talk about acting being very centered. You have to be centered and if I think about what does that mean, it’s something here (points his chest).
Now, what is that? Is that your head, is that your+ pic.twitter.com/KuqBLp9mP8

5 years ago today, my idol Alan Rickman passed away. I still remember hearing the news and being absolutely devastated. He was everything I wanted to be as an actor, and still is. Thank you, Alan, for being my inspiration. 🙏 pic.twitter.com/LzfVbbIQov

#FilmTwitter
On the anniversary of his death, Alan Rickman looms large in my mind. I’m not sure if he ever got THE role that he deserved (is Snape the best one?). Even as the heavy, he always found a way to make them urbane and interesting. I miss him. Watch PERFUME (2006). pic.twitter.com/NTRc0PtBSR

“Talent is an accident of genes – and a responsibility”
— Alan Rickman 🤍 pic.twitter.com/YZhIWiv1H6

Everybody remembering Alan Rickman as Snape today when let’s be real. His best role was in Galaxy Quest pic.twitter.com/qQRkB3DhEt

So good in so many roles, but my favourite is still his turn as the ghost who returned to the woman who couldn’t let him go in TRULY, MADLY, DEEPLY