Whose Religious Liberties Are Going to Be Protected by This Task Force, Beauregard? 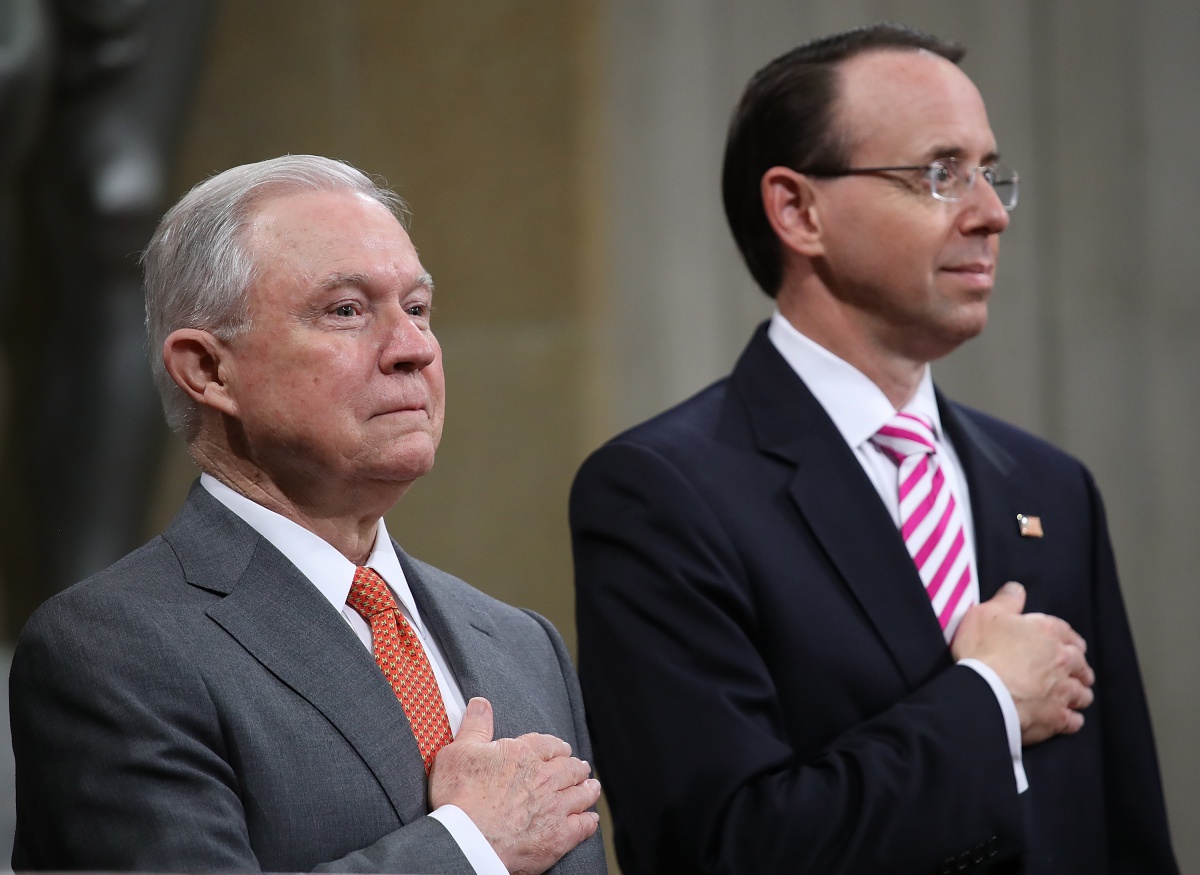 Today Attorney General Jefferson Beauregard Sessions III, who remains the most efficient at implementing Trump’s evil policies, decided to tip us further into The Handmaid’s Tale territory by creating a “religious liberty task force” that will operate as part of the Department of Justice.

Let me just go out on a limb here that this religious task force will be primarily making sure that women can’t get birth control and that LGBTQIA+ people can be persecuted as long as you really and truly believe that they are meant to burn in hell. Just a guess.

“We’ve seen nuns ordered to buy contraceptives. We’ve seen U.S. senators ask judicial and executive branch nominees about dogma—even though the Constitution explicitly forbids a religious test for public office. We’ve all seen the ordeal faced so bravely by Jack Phillips,” Sessions said. “In short, we have not only the freedom to worship—but the right to exercise our faith. The Constitution’s protections don’t end at the parish parking lot nor can our freedoms be confined to our basements […] Religious Americans are no longer an afterthought.”

First of all, “confined to [your] basement”? Is your basement the Republican party? Listen, I know it must be shocking that now a whole 17% of Americans don’t have a religious affiliation, according to the Pew Research Center, but the largest religious group in this country are Christians with Evangelicals at the top. You are not a religious minority. At least not in this country.

Religious liberty should not mean putting your religious values above the needs of others or not helping people who are in need. Does the “love thy neighbour” section of the Bible just not appeal to you Beauregard?

What about those of us who are not Christian, not religious, not monotheistic?

And no one else seems to be fooled by the idea that this “task force” will be an inclusive place.

People are always asking me to do futurist prediction so here goes. I’m gonna go out on a limb and guess that the new Religious Liberty Task Force WON’T work on hate crimes and the surge in persecution of Muslims, Jews, Sikhs, and other religious minorities. OK, somebody pay me.

The Religious Liberty Task Force is a joke. White Christians are the least discriminated against people in America. There are around 140M of them, so let’s not act like they are an oppressed minority. Jeff Sessions is appeasing evangelicals and attacking LGBTQ and women’s rights.

The “Religious Liberty Task Force” is a cynical and cruel attempt to enable discrimination against LGBTQ people. That’s all this is. It has nothing to do with “religious liberty”. It’s about controlling the bedrooms and bodies of other people. It is opposite of freedom + faith.

We must be very blunt about the creation of the Religious Liberty Task Force: It’s another huge step forward in the Trump Regime’s creation of a regressive Christian white ethnostate.

And if that sounds like hyperbole to you, you’re not paying attention.

Don’t be fooled by the Orwellian-named “Religious Liberty Task Force” and its favorite gimmick #ReligiousFreedom. They are both blandly-branded pushes to hurt #LGBT people, promote a brand of Christianity not on speaking terms with Jesus, and create a theocracy. #UnderHisEye pic.twitter.com/PnPIuYMC4i

Ex: “Gay people existing is an affront to my Religious Liberty because I don’t believe in gay. I’m a massive turd, by the way.”

Protecting religious liberty is important, but consider that this same administration that tried to have a Muslim travel ban, and seems allergic to all other Christian tenants like charity, caring for the sick and poor, protecting families, and of course compassion. Also, the Pope doesn’t even like y’all.