In Case You Missed It: The Full Red Dead Redemption Short Film 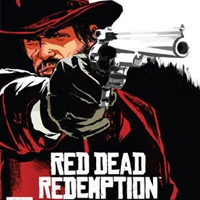 The John Hillcoat-directed Red Dead Redemption short film which aired on FOX a little while back is now available online for the consumption of the masses who have better things to do than spend their Saturdays watching video game inspired short films that looks suspiciously like lots of cut scenes cobbled together by a well-regarded director, whose involvement with said cobbling remains a mystery to this day, I mean really, aside from getting his name out there did they really need the director of The Road to throw some John Marston jogging and horseback riding between Rockstar-made scenes concerning Nigel West Dickens and that creepy graveyard dude. Regardless, it’s a fair introduction to Red Dead Redemption for the uninitiated, provided you don’t mind spoilers of the first few hours of gameplay.