Read Our Exclusive Preview of The Stone King #2, a ComiXology Original 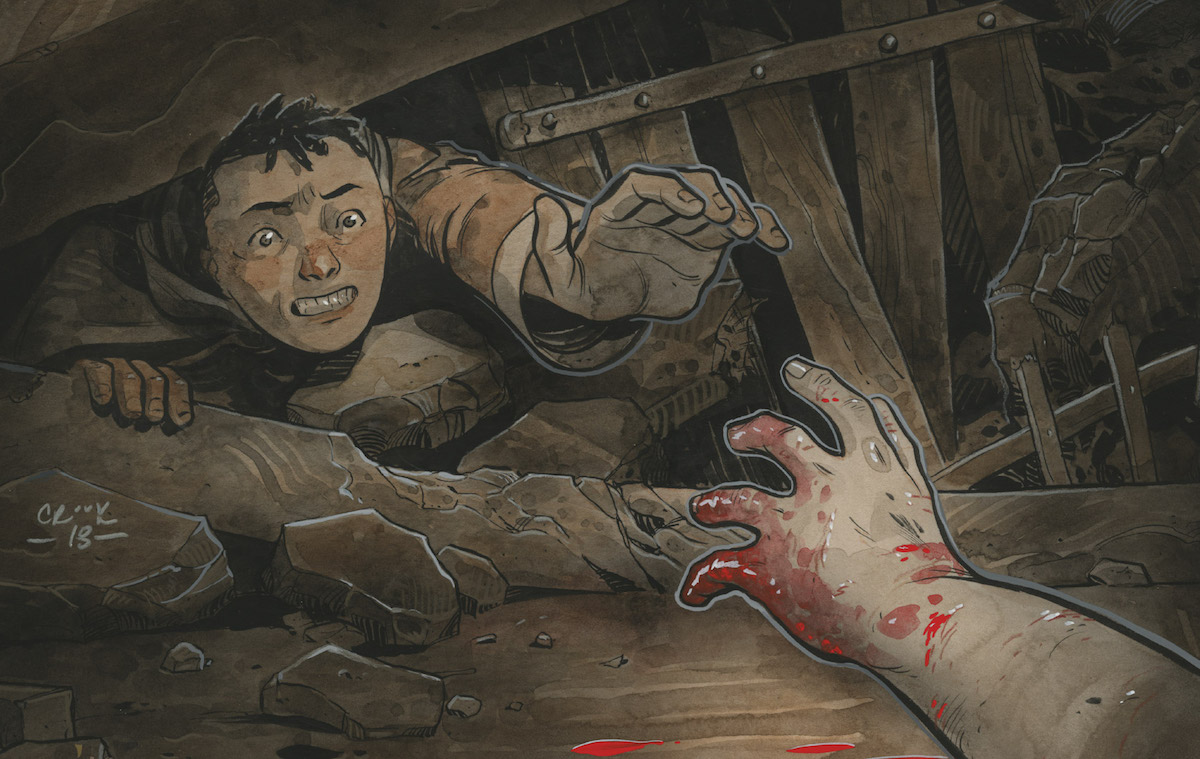 The giant Stone King has long been the source of the city of Stoneport’s prosperity, but now it threatens to be their undoing an an unprecedented rampage, and only a young thief named Ave may be able to stop it—even if she might be reluctant to explain why.

That’s where readers will find themselves at the beginning of The Stone King #2 (of 4), a comiXology Original by Kel McDonald, with art by Tyler Crook. Ave may be a thief, but she lives in a world where the powerful have put a system in place to keep the most valuable resources for themselves at the expense of everyone else, and questioning that system—and getting others to do the same—may prove just as important for everyone’s survival as heroic deeds.

We’ve got an exclusive preview of issue 2’s opening moments for you, where the action really starts to pick up—and hit close to home for our hero, endangering her friends and the woman who raised her to be a thief—as the Stone King smashes its way into the city. 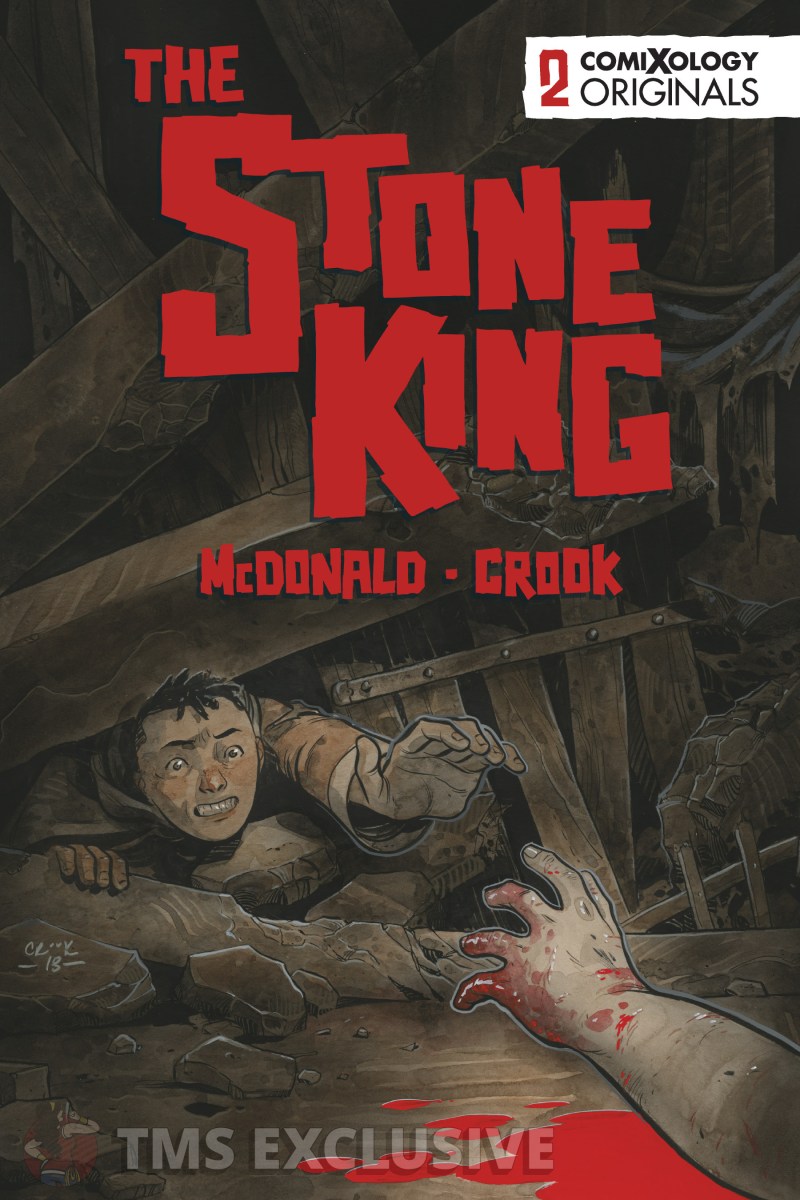 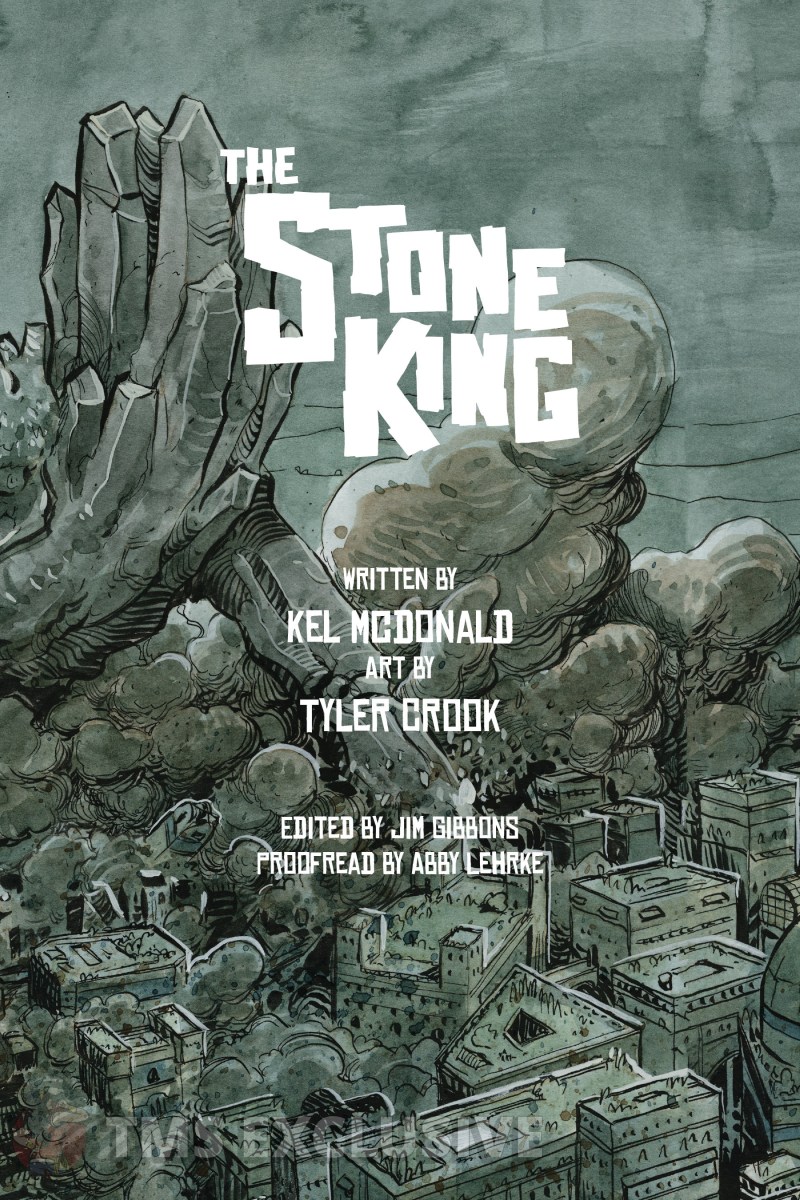 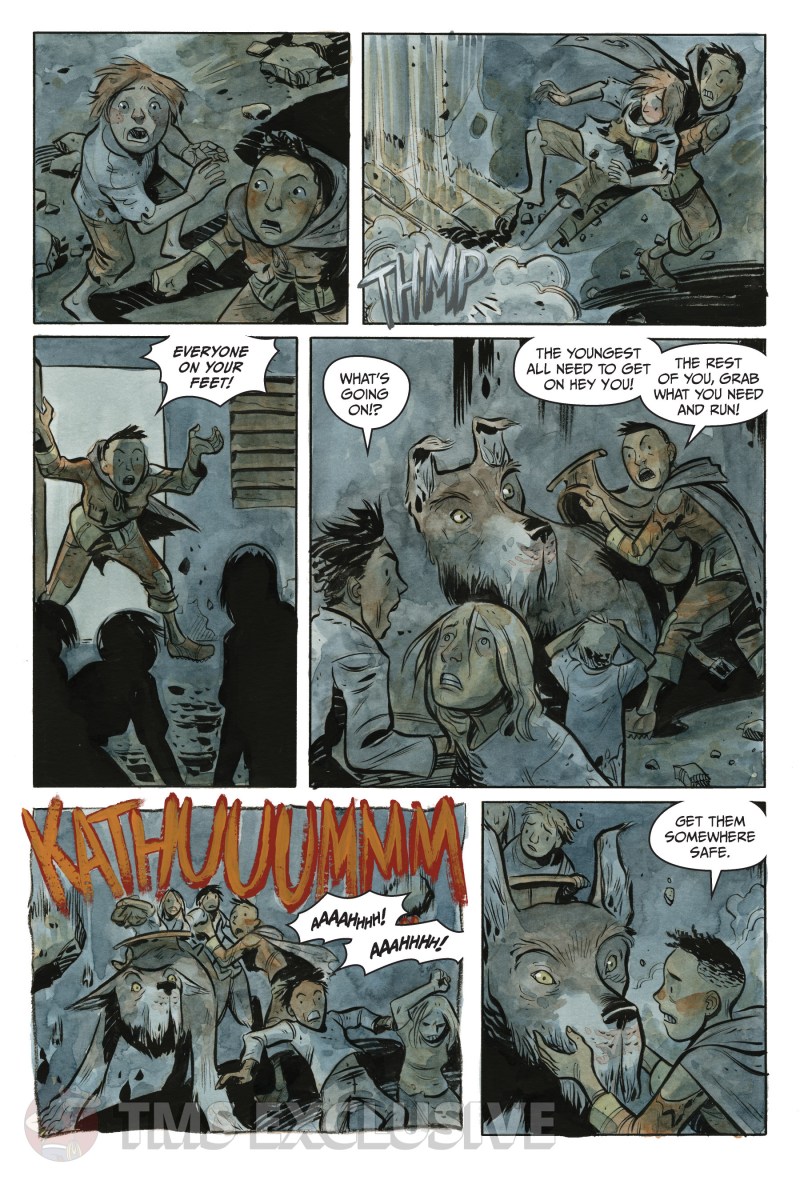 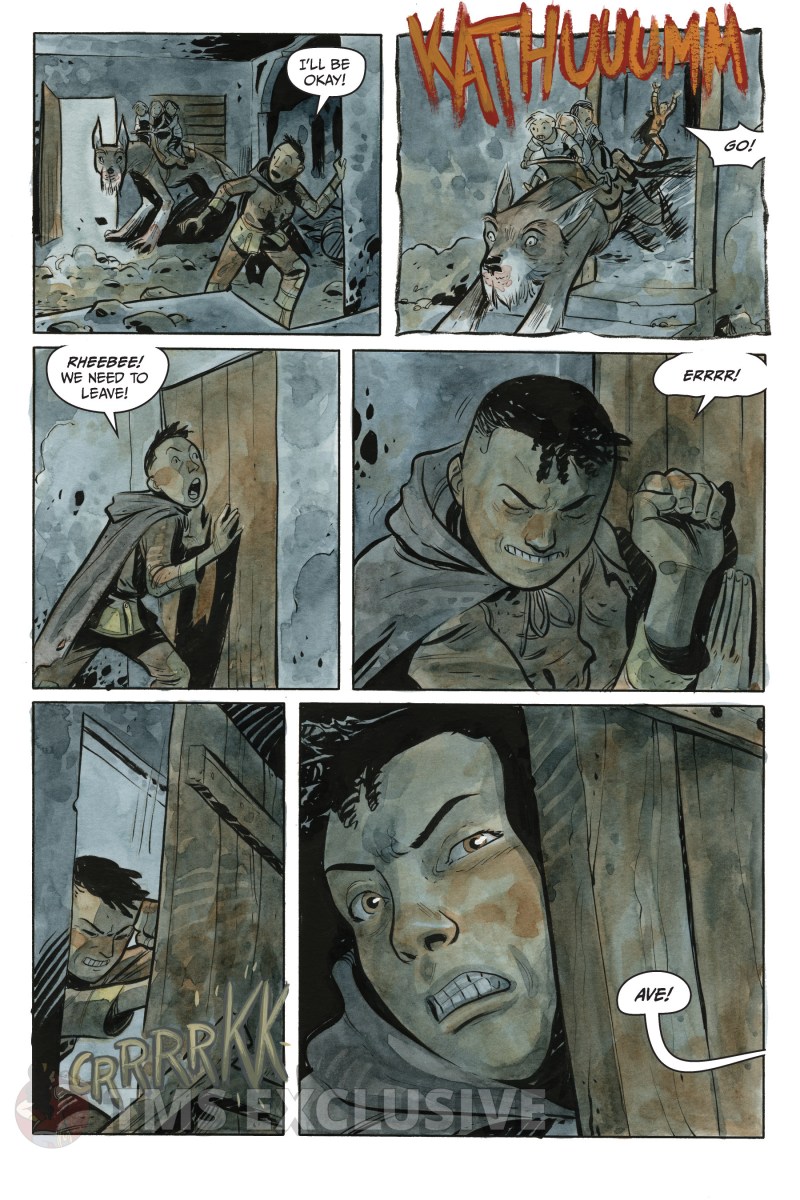 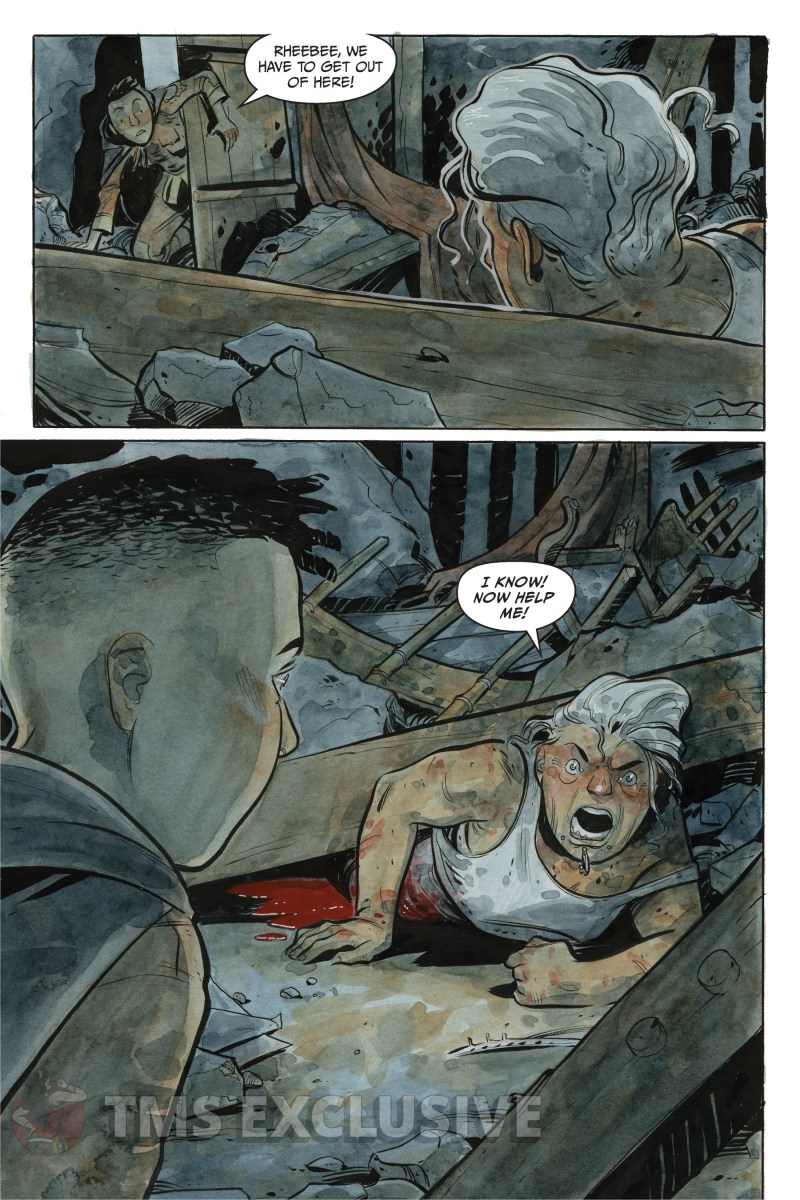 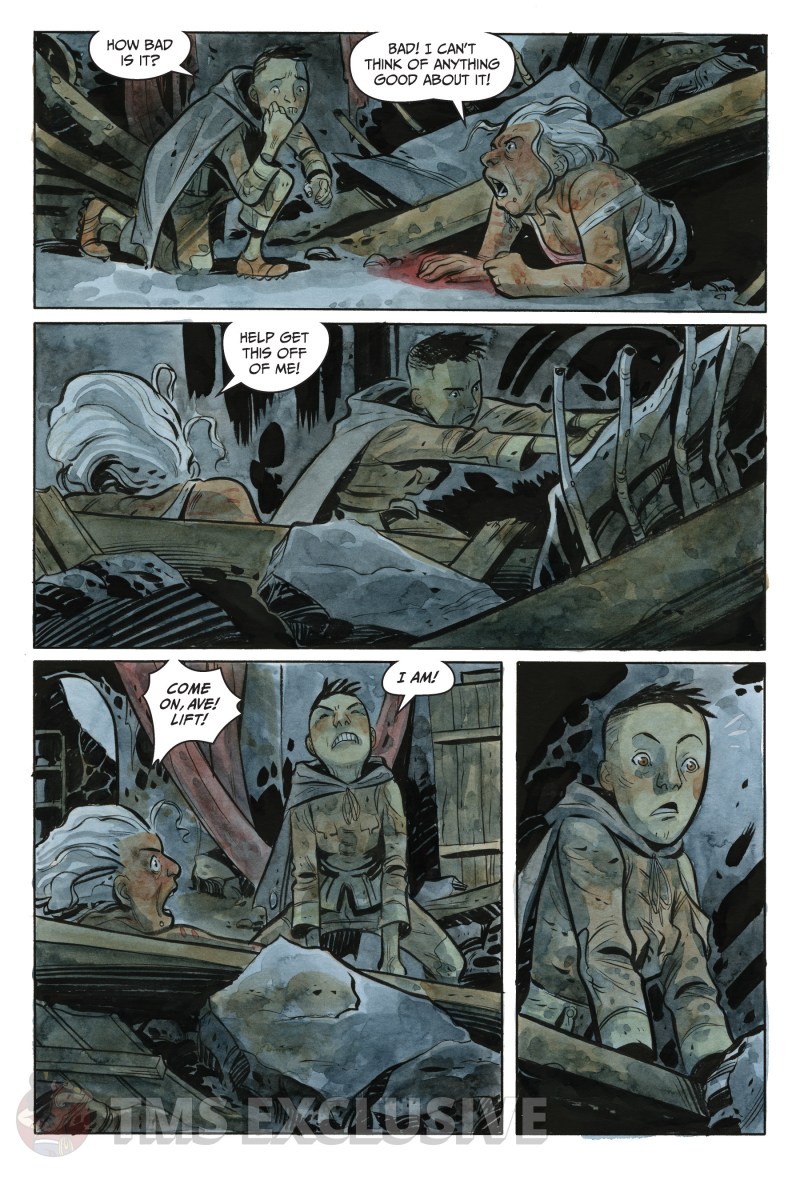 You can find out what happens next to Ave, her giant dog, her old friends, and new allies when The Stone King #2 goes on sale on December 19.