Rape Apologists Are the Ones Who Allow Rape to Exist 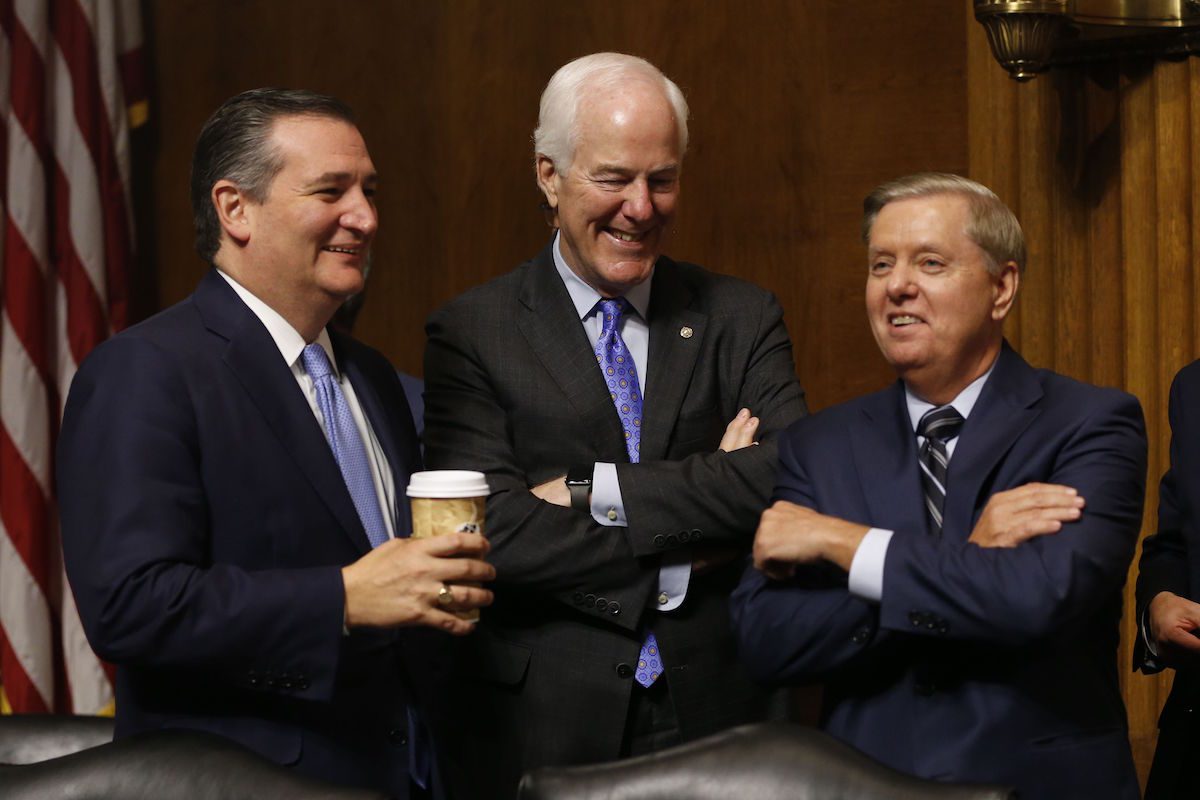 This weekend, the New York Times released a report that further corroborates several allegations of sexual assault by Supreme Court Justice Brett Kavanaugh from several decades ago. The report offered new details and accounts, especially driving home the reality that Kavanaugh likely lied before the Senate and perjured himself. But to the women and activists across the country who believed Dr. Christine Blasey Ford, Deborah Ramirez, and Julie Swetnick the first time, renewed conversation about Kavanaugh really just felt like a second round of being forced to rehash our personal trauma.

Kavanaugh, accused of attempting to rape Dr. Ford and exposing himself to several women, was nominated by a president accused of rape and sexual misconduct. He was confirmed by predominantly male Senators who have devoted the bulk of their careers to denying women rights and autonomy over their bodies. Kavanaugh, allegations against him, and the episode of his confirmation process at large comprise one of the most visible products of rape culture and male complicity—not just in American politics, but in everyday life.

As the old feminist adage goes, rapists are the sole cause of rape. But what people often forget is that rape apologists are a key cause of rape, too; they are the ones who make sexual assault, dehumanizing skepticism, and attacks on survivors acceptable in society not by denying that rape happens, but by treating it like it doesn’t matter that it does.

Women and survivors across the country were forced to experience the hurt and public, invasive rehashing of our trauma when allegations against Kavanaugh first surfaced last year, as we watched the chaos that happened next and were routinely asked whether and why we believed Dr. Ford by doubtful men around us.

Then and today, many men responded to allegations against Kavanaugh by projecting their own fears of being accused or called out for contributing to rape culture. Many of us watched in silent, uncomfortable horror as they broadly questioned survivors, spewed offensive and misinformed tangents, and demonstrated a complete disregard for and ignorance about the one in five women around them who are survivors.

Sure, it’s critically important that we pay attention to and direct our outrage at serial, alleged, powerful abusers like Kavanaugh and President Trump, but we can’t forget that Kavanaugh and Trump were allowed to evade responsibility and rise to power because of other men: the majority of white, male voters and, of course, men like Lindsey Graham, Ted Cruz, Mitch McConnell, Chuck Grassley, and so on and so forth.

Rape and sexual violence exist because of our society’s rape culture, and the rape apologists who collectively uphold this culture. And they exist not just because of the powerful, visible Trumps and Kavanaughs of the world, but also because of the everyday men—many of whom are often abusers or good friends with abusers—in our lives, the men who are constantly, endlessly defensive of alleged abusers and constantly, endlessly doubtful of survivors.

Of course, it should speak volumes that, despite the extensive statistical evidence demonstrating that alleged abusers are far more likely to be liars than the survivors who come forward, our culture and the men who uphold it opt to cast doubt on survivors, rather than abusers, by default. They decry feminists’ advocacy for survivors as part of an imagined war on “innocence until proven guilty”—all while deliberately never naming ways that survivors could sufficiently “prove” the guilt of their abuser.

That’s because they know many, if not most, survivors weren’t wearing body cameras during their assault, nor do they have witnesses, nor was collecting a rape kit a viable option for them, and nor are most rape kits processed, at all; the only evidence the vast majority of survivors can provide is their own testimony. And because of the inherent, gender-based disparity in perceived credibility, rape apologists know they can make that testimony meaningless, dehumanize survivors, and gaslight activists and allies.

That said, it seems less and less like Republicans and Kavanaugh defenders actually disbelieve the allegations against Kavanaugh, and more and more like they just don’t think the assaults described matter. Rape and acts of sexual violence persist because they are allowed to persist, and they are allowed to persist by a patriarchal culture that is constantly apologizing and making excuses for degrading and violent male behaviors. And this culture notably uses defensive, paranoid, and unapologetically sexist men as its mouthpiece.

An estimated one in five women have experienced sexual assault, and these rates are often even higher for women of color and LGBTQ folks. Yet, between two-thirds and nearly 85 percent of all assaults go unreported—yes, because of fear of disbelief, intimidation by law enforcement, and retaliation from their abusers, but also certainly because many survivors are aware their experiences won’t be taken seriously, anyway.

At the end of the day, it’s important to remember that it really didn’t have to be Kavanaugh. Trump and Republican Senators could have responded to the backlash, trauma, and tremendous hurt of women across the country by replacing him with just about any other conservative, anti-abortion, anti-civil rights judge who would carry out the same agenda just as ruthlessly. Instead, they chose Kavanaugh and stuck with him purposefully to send a message to survivors that we are, indeed, as powerless as our abusers made us feel, to send a message to all women that they’ll never regard us as more than collateral in their political games.

Certainly, the resurfacing and corroboration of allegations against Kavanaugh demand our attention and action, and should move us to protest and call our Senators to demand impeachment. But all of this is also a reminder that we must confront the many, many people in our lives who are constantly denying rape culture exists, gaslighting women and activists, sympathizing with alleged abusers, maintaining friendships with abusers, and unilaterally attacking survivors’ credibility. Their words and behaviors are what not only allow but also encourage rape and sexual violence, and it’s on all of us to push back on them and the rape culture they produce and enable.