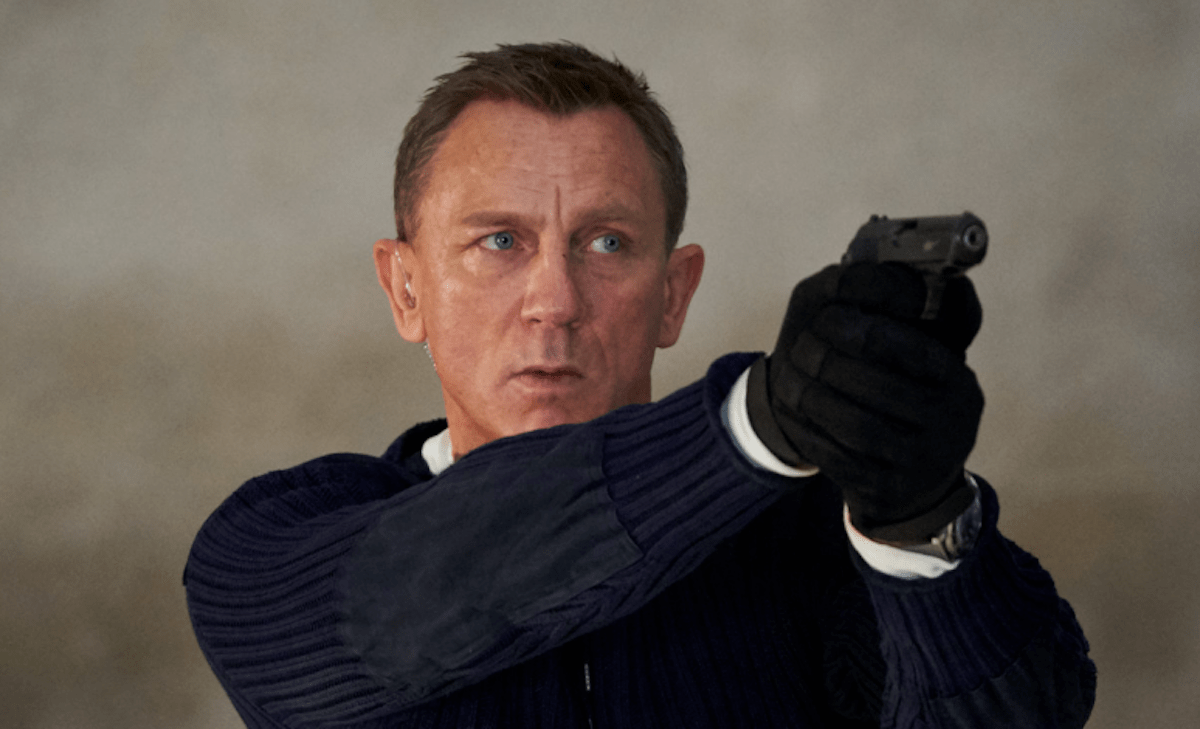 An important aspect of the James Bond franchise is the Bond song. From iconic singers like Shirley Bassey singing “Diamonds Are Forever” to Wings lending the song “Live and Let Die” to the world of Bond, the song sets the tone for the entire film. We get somewhat of a cold open to the movie. Bond normally grabs a gun and shoots, and then we’re thrust into the world of the song and the title sequence that will become the talk of the franchise until the next movie rolls around.

While there are too many Bond songs to rank and rank them accordingly, in honor of Daniel Craig’s final James Bond film hitting theaters later this week, I wanted to rank his Bond songs from the weakest to the best. And when I say weakest, I don’t mean that it is a bad song. If anything, every single song in Craig’s era has been incredible. It’s just the weakest out of this lineup of Bond films, which says a lot about the caliber of these James Bond movies.

So, let’s get into Daniel Craig’s Bond songs and which end up as the best of the best.

5. “Writings on the Wall” by Sam Smith

Spectre is a somber story. Tying together the last three films, we learn a lot about the organization that has been breaking down James from the death of Vesper Lynd through Quantum of Solace, and even into the death of Judi Dench’s M. While James Bond doesn’t do “love,” in Spectre, he opens himself up once again to Madeleine Swann (Léa Seydoux), and the song reflects that love while also still showing his connection to Vesper.

Again, there’s nothing wrong with this song. It’s a good song and a GREAT title sequence song for James Bond. The problem is just that Craig’s movies have some of the best songs yet, so sadly, “Writings on the Wall” is in fifth place.

4. “Another Way to Die” by Jack White and Alicia Keys

If I were going based on beat alone, this would be first. It’s a fun beat, an amazing energy, and a great introduction into Quantum of Solace, especially after the events of Casino Royale. But other than being fun to sing and dance to, it’s just a middle ground Bond song. Much like “Writings on the Wall,” it’s in league with some of the greats, but there are just better Bond songs in this era to go with.

That being said, I’d listen to Jack White and Alicia Keys sing this over and over again and have a grand ol’ time with it.

I know this is currently a contentious choice, and granted, I don’t know how it plays in the movie yet, as No Time to Die isn’t out yet, but when Billie Eilish’s “No Time to Die” dropped, I listened to it on repeat for a week straight. From what I can tell, that pain that James feels from Madeleine working with MI6 even though the two drove off together at the end of Spectre is going to carry with him, and it isn’t going to be easy for anyone in James Bond’s life to unpack.

Will Madeleine turn on him? Will he have to work with Ana de Armas’ character to save himself? We’ll have to wait and see how both Ana de Armas and Lashana Lynch play into this story when Madeleine Swann may have turned on James, but all that being said, I like this sad Bond song very much, and I personally think it rules.

2. “You Know My Name” by Chris Cornell

We were thrown into Daniel Craig’s Bond movies with this energy, so can you blame me for putting this second? “You Know My Name” by Chris Cornell gives us the first look into James Bond as a character, taking us back to the start of him as a 00 agent and how he got his license to kill. It’s fun, fast-paced, and has one of the coolest opening sequences in any Bond movie. Plus, Chris Cornell will always have a soft spot in my heart.

It’s a bop, as the kids say, and set a perfect tone for Casino Royale.

I mean, obviously, right? “Skyfall” by Adele became a mainstream hit, and I remember doing a dance to it in college because we were all obsessed with it. It is so good and, again, sets up what we can expect in Skyfall perfectly, from James being shot by Moneypenny because of M’s order through M’s death and the connection that Bond has with Raoul Silva. That and this song is just a very good Adele song on top of everything else.

Haven’t we all just listened to “Skyfall” over and over again? Do we all not want to sing it at karaoke all the time?

No Time to Die is finally coming out in theaters on October 8th, and seeing the final installment in Daniel Craig’s James Bond series is going to be emotional. At least we’ll always have some of the best Bond songs to date!