The Wisconsin Republican blocked legislation to make Juneteenth a national holiday in 2020. 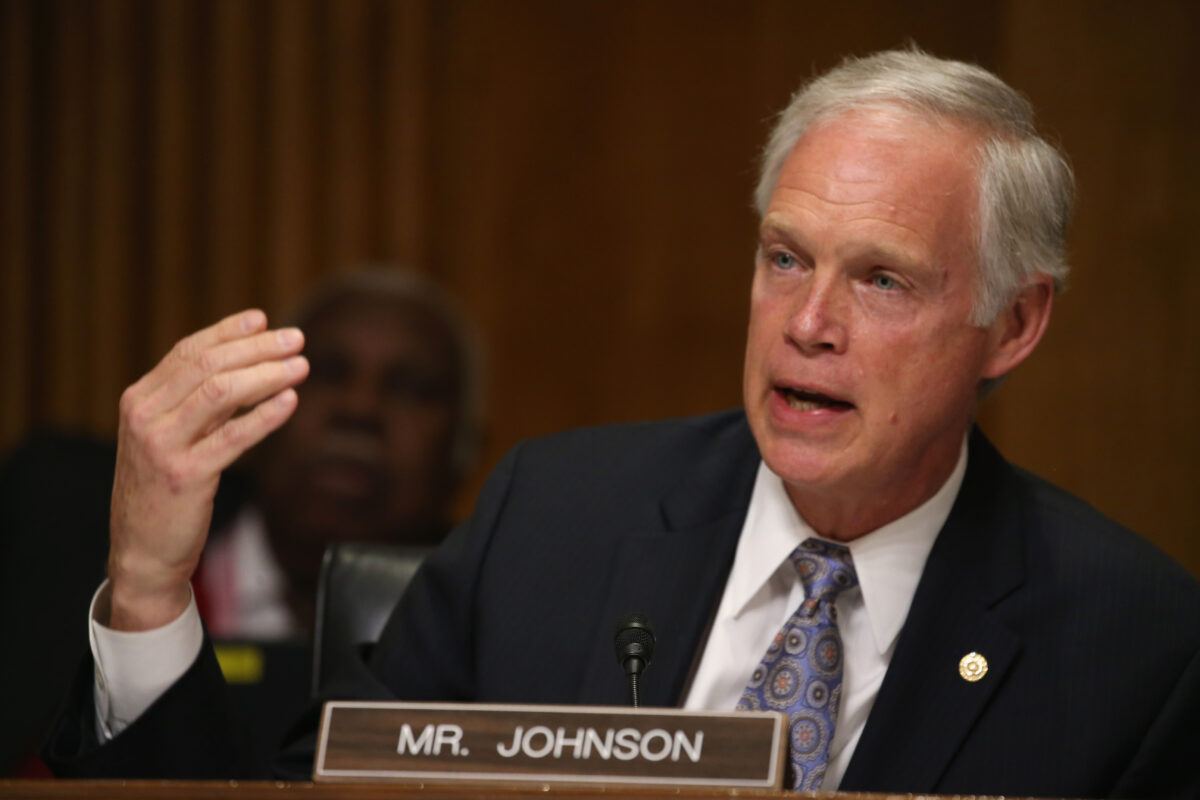 Wisconsin Senator Ron Johnson was booed by a crowd of people at a Juneteenth celebration in Milwaukee. Attendees shouted “We don’t want you here,” as Johnson tried to pose for photos and glad-hand with the crowd. The Trump-loving senator frankly should have seen this coming, considering he blocked bipartisan legislation to make Juneteenth a federal holiday only last year. John only conceded last week and changed his stance, remarking, “While it still seems strange that having taxpayers provide federal employees paid time off is now required to celebrate the end of slavery, it is clear that there is no appetite in Congress to further discuss the matter.”

So Johnson really thought he was welcome to attend a celebration for a holiday he previously refused to acknowledge? I can’t decide whether this is purely audacity or a complete and utter disconnect from his constituency. Maybe both. Johnson commented on his cold reception saying it’s “not how you heal the nation.” He added, “You come down here and try to interact with people and be nice to people. But this isn’t very nice, is it?” Wow, you think, Ronald?

And if that wasn’t enjoyable enough, here is another video of Ron Johnson getting drowned out with boos during today’s #Juneteenth event in Milwaukee.

Bonus: The booing is even louder in this one!pic.twitter.com/Bl4AQQwLv7

But Johnson has done much more than singlehandedly delaying the bill to make Juneteenth a federal holiday. In an appearance on “The Joe Pags Show,” Johnson downplayed the January 6 insurrection attempt on the Capitol, where he described the mob as people who “truly respect law enforcement” and “loved this country.” Because nothing says patriotism like vandalizing the Capitol, murdering a police officer, and assaulting over 100 more.

Johnson’s comments were roundly criticized and called out for their blatant racism. Sen. Bob Menendez (D-NJ) called Johnson “racist” on the Senate chamber floor, adding “”For one of our colleagues to cast those who attacked the Capitol as harmless patriots while stoking the fear of Black Americans is like rubbing salt in an open wound.”

Johnson was roundly mocked on Twitter for showing up to the celebration:

When you put a hold on the Juneteenth holiday bill but still want to be at the barbecue. Ron Johnson tried it… https://t.co/GN1NkupA3K

This is the best video I’ve seen on Twitter in awhile. Ron Johnson gets just brutalized by hecklers. It brings me joy. pic.twitter.com/bYx5Re5N4s

Wisconsin Senator Ron Johnson put a hold on the #JuneteenthFederalHoliday legislation. Then Johnson had the nerve to show up on Saturday for a #Juneteenth21 celebration in Milwaukee.

It did not end well.pic.twitter.com/7ps1P2yYA0

@SenRonJohnson This is the response you get when you put a hold on #Juneteenth from becoming a holiday and then have the audacity to show up at a #Juneteenth festival. pic.twitter.com/AvjOQ1MWkz

Johnson is up for re-election in 2022, in what will surely be a highly competitive race. Biden secured a victory in the state in the 2020 presidential election with a narrow 0.63% margin over Trump. And given Johnson’s unpopularity, democrats consider his seat flippable. To find out more about the campaign against Ron Johnson, check out the Wisconsin Democrats.