Queer Representation in In the Heights Was Disappointing

Queer Representation in In the Heights Was Disappointing

I needed more of Daniela and Carla. 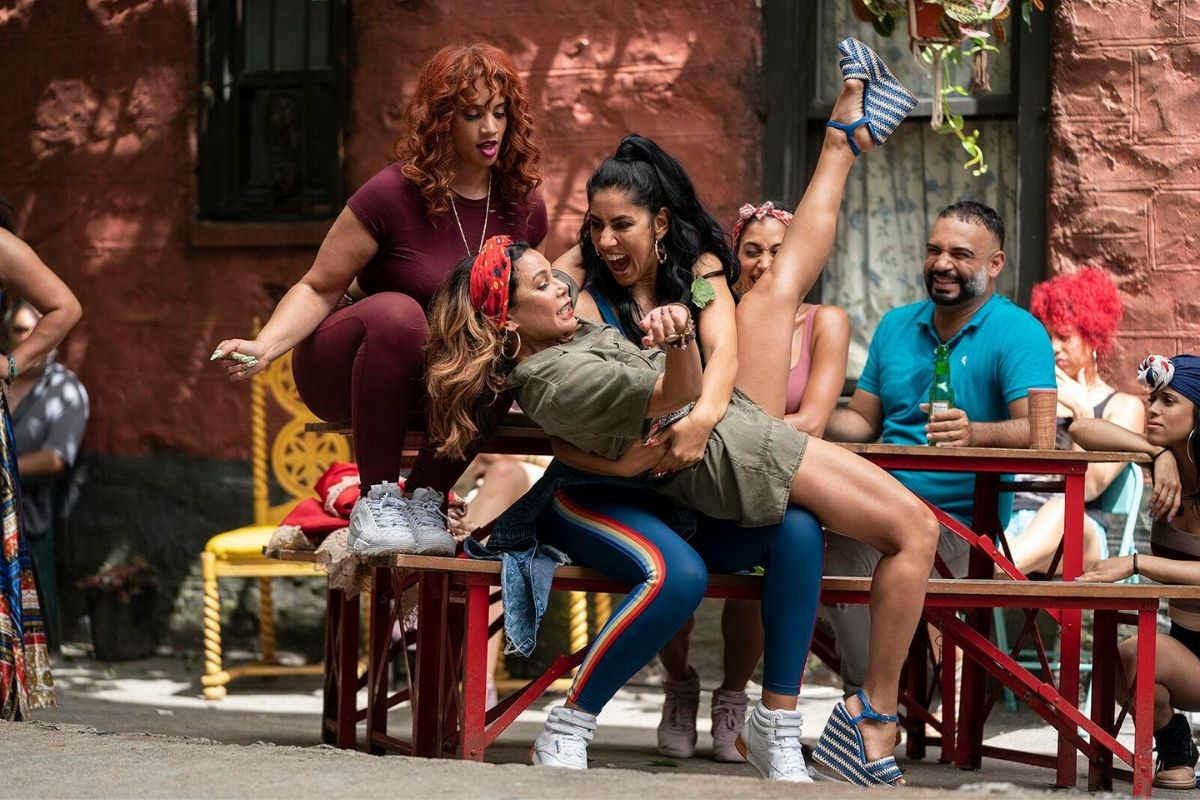 In the midst of all this criticism when it comes to In the Heights, there’s been a lack of conversation about the LGBTQ representation that is in this movie, particularly how myself and many others didn’t know that Daniela and Carla were in a relationship together. It wasn’t until I read an interview with Daphne Rubin-Vega, who plays Daniela, that I realized these two were an item, and I started questioning how I could’ve missed it.

And yes, I understand that they were in bed together when the movie started. I missed it the first time because it was so quick, and in the midst of introducing a whole community, that I didn’t pay it any mind as the first In the Heights musical number really got into the swing of things. But besides that moment, the rest of the movie was so subtle about it that I thought Stephanie Beatriz’s Carla was Daniela’s daughter and that Cuca was her sister.

In the Advocate interview, Rubin-Vega said, “We [Daniela and Carla] love each other … [it’s] ordinary, not extraordinary. It’s just normal that these women get to be fully unapologetically in a community that we know has baggage around all the phobias, baggage around all the cultural trauma.” And that’s great to hear. LGBTQ relationships should be treated like any other relationship out there.

But In the Heights went so subtle when it came to the relationship between Daniela and Carla that it didn’t hit many that they loved each other until after the movie. Nina and Benny, oh no worries, they had their own musical number and their love was clear to see. Same thing goes for Usnavi and Vanessa. But for Daniela and Carla, they had to go subtle with it?

I don’t think so, and I’m not buying it.

Beatriz, in an interview with Broadway World apparently said, “So much of this film is about where home is and who home is to you. And for Carla, Daniela is home. Wherever Daniela is, that’s where Carla feels at home.” That sounds powerful. That sounds perfect. That also sounds like something I would’ve loved to get from the movie and not from the actress after the movie.

Rubin-Vega agreed with that sentiment and said, “I could not put it more beautifully than Stephanie. We didn’t talk about our relationship. We just had the relationship.” And again, that’s great and all, sounds perfect even, but I would’ve loved to get that feeling of unity, of representation, from the work presented to me onscreen in In the Heights.

Now, this isn’t me asking for them to be any more overt about it than any other relationship in the movie. That isn’t needed. What is needed is clear signals throughout the film that they are each other’s home or the one they’d run to in the middle of the blackout. Just imagine if they would’ve treated Daniela and Carla in the same manner that Nina/Benny & Vanessa/Usnavi were treated? It would’ve been crystal clear and would’ve hit me like a ton of bricks because I am a queer Latina myself.

Lin-Manuel Miranda, who starred in and wrote In the Heights with Quiara Alegría Hudes, said in an interview with Gayety, “It was a relationship that was already strong and already wonderful in the stage version of the show and we just kind of canonized that relationship and made them life partners in addition to business partners.”

In the same interview, he also said, “Really it’s nothing more dramatic than Daniela and Carla, the women who co-owns the salon, we just send them home together at the end of the night.” That normalcy sets Daniela and Carla apart from other relationships in the movie that are up in the air, and it’s a shame that In the Heights didn’t let their love help ground those who were free-floating.

Stephanie Beatriz, in an interview with The Queer Review, also added, “I personally love that it’s layered so subtly into the film because I think many times when we see queer characters, gay characters, we’re focusing on the stuff in their lives that’s hard for them and in this film, I think we’re focusing on the fact that, there’s hard stuff in the community for everyone, but there’s also joy and the ability to celebrate life, even though that hard stuff is going on around you.”

Still, they’re missing the point. As a queer Latina, I’m not asking for the LGBTQ characters to focus on the things that are hard for them. I just wish there were more clear moments in In the Heights where all the joy they feel in their life together is something the viewer can feel and not confuse it with business partners just being cheeky with each other.

A part of me feels like I shouldn’t complain and that the intro moment of them in bed together should be enough. But another part of me, the one who wants more, questions what stopped In the Heights from giving Daniela and Carla the same respect the heterosexual couples got in this movie and its musical numbers.