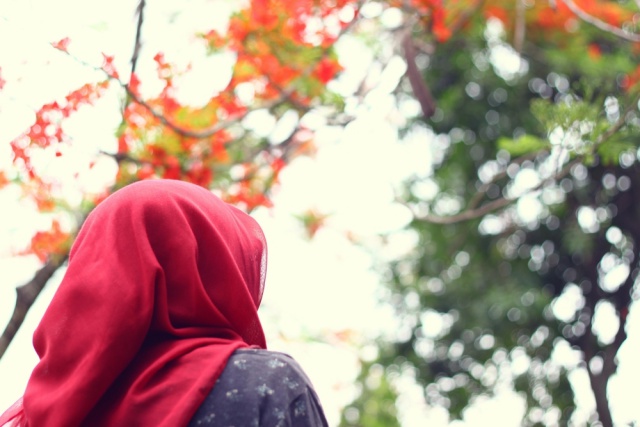 I know it’s silly that we, your American cousins, put you on a high pedestal because of your universal health care and education and more humane prison system, but then you do something that reminds us that—oh yeah, we are related.

Buzzfeed reported that Quebec’s National Assembly has proposed Bill 62, which will ban face coverings while giving or receiving any public service. Including public transportation. The Assembly could vote on the bill as early as today and if passed will have sever ramifications for the Muslim female population.

Considering we just recently celebrated the fact that Saudi women are going to be allowed to drive themselves, it is extra disgusting to see a “progressive” Western society essentially restrict the mobility of Muslim women, because those are the people who are going to be affected most by this legislation.

Bill 62 is apparently the third attempt to pass legislation like this in Quebec. In 2010, Bill 94 attempted to require people to uncover their faces to identify themselves before receiving any government services. In 2013, the Parti Quebecois attempted to ban public servants from wearing any “conspicuous” religious symbols.

Minister Vallée says the bill is not about any religious groups, but about having people’s faces visible, including protesters. “We’re talking about having the face uncovered,” she said. “It’s not what is covering the face.”

Vallée also made the statment that “This is a bill about le vivre ensemble [living together in harmony], it’s a bill about guidelines and clearly establishes neutrality of the state.”

To pretend that is an unintended consequence of the bill is a damn lie at worst and a major oversight at best. Regardless, if this bill does pass, it makes Canada more restrictive to Muslim women, and that is not the direction we want to be going. How can any society live together if the very laws they create persecute one group of citizens?