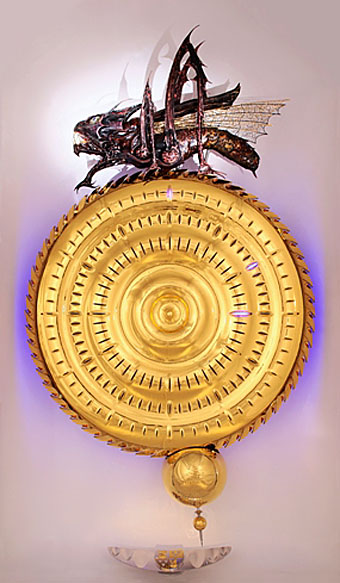 A team of scientists in Colorado, lead by Chin-wen Chou, have invented a clock five orders of magnitude more accurate than the atomic clock.  A more accurate global clock could have a number of applications, from the resolution of a number of really deep physics questions, to more increasingly precise GPS systems.

The clock works by calibrating three sets of lasers on to an aluminum ion and a magnesium ion.  It “ticks” when the magnesium ion is in motion, which causes it to emit a photon of light.  At least, we think that’s how it works.  The Wired article is chock full of sentences to which we can only nod our heads and hope fervently that there isn’t a quiz at the end.

In a weird twist, the team can’t actually tell how many times the clock ticks per second. That’s because the definition of a second is currently based on the cesium fountain clock, which simply can’t measure the precision of a more precise machine…

The clock could help resolve questions about the universal physical constants, such as the speed of light in a vacuum, or Planck’s constant, an important value in quantum physics.
Physical constants are supposedly fixed over time, but some theories suggest they may vary slightly, he said…

And the clocks could also show the effects of general relativity by detecting how much gravity warps time.

In order to adopt Chou’s clock, its “ticks” would have to be broadcast around the world.  The current method for this, optical cables, would accurately carry the signal for only about 60 miles.

Okay.  We need a time out. In the meantime, check out these clocks.  One will only be accurate for about two hundred years, and the other two are only as accurate as your computer.  Chou’s quantum-logic clock will lose a second every 3.7 billion years.