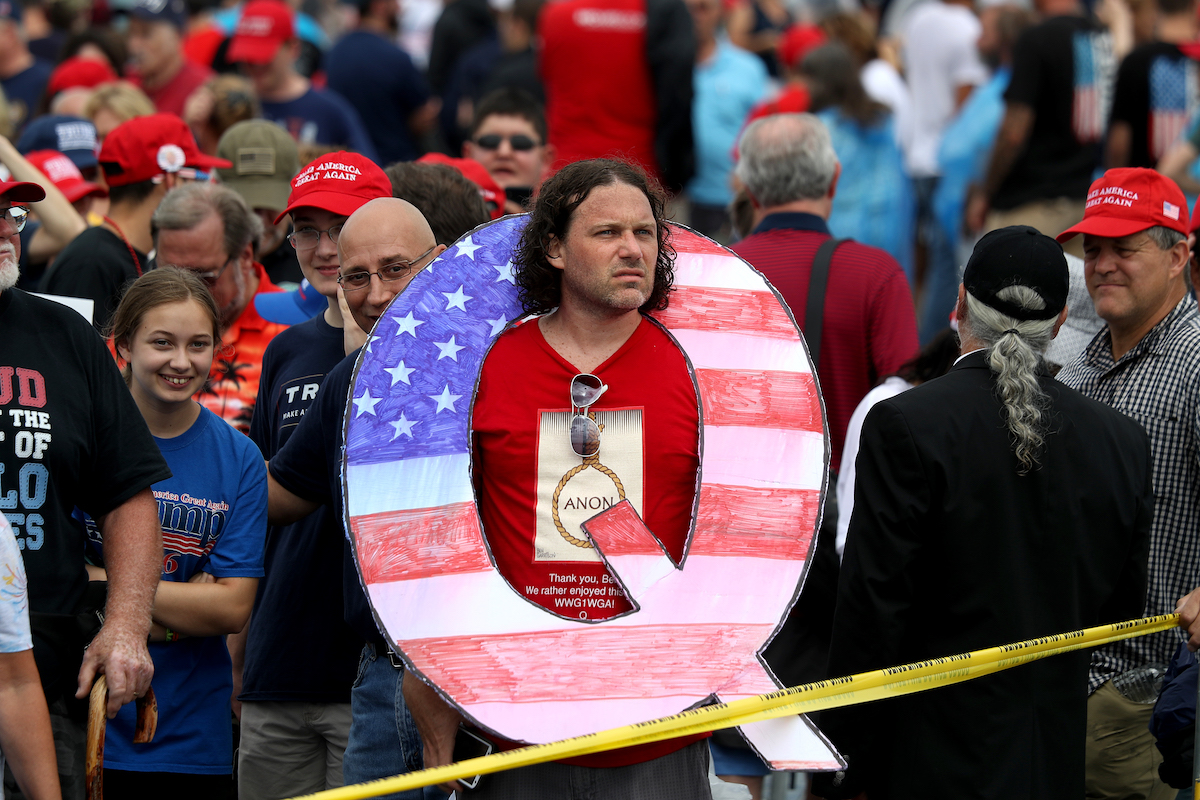 The people who want to see Donald Trump and his staff held accountable for their possibly impeachable and/or indictable actions surrounding the 2016 presidential election were understandably impatient leading up to Thursday’s release of Robert Mueller’s report on the matter, but they weren’t the only ones. Some of Trump’s most vocal supporters also couldn’t wait to get their hands on the report.

One of the strangest subsections of the internet belongs to followers of the QAnon conspiracy theory. These people believe(d) that Robert Mueller has actually been working with Trump in order to out the devilish dealings of “Deep State” Democrats like Hillary Clinton, Barack Obama, and, of course, George Soros. The conspiracy is said to be an offshoot of PizzaGate, because apparently when that conspiracy theory–that the Clintons were at the center of a satanic pedophilia ring operating out of the basement of a Brooklyn pizza restaurant–was quickly and easily debunked, a whole lot of people refused to listen to reason and instead dug their heads further into the sand, where they found Q waiting.

Today was supposed to be their big day.

Prominent Q figurehead Liz Crokin told The Daily Beast prior to the report’s release, “I think the Mueller Report will reveal some indicators that the real crimes that took places were committed by Hillary Clinton, Obama, and some of their associates.” Q YouTubers were encouraging their followers to pay attention to the news Thursday. But the Mueller report dropped and their hopes were not fulfilled. There was no mention of secret Democratic arrests. No deep state. No pizza.

“Unhappy QAnon believers were left to grapple with the letdown,” writes The Daily Beast. “As the report’s lack of QAnon proofs became clear, the Patriots’ Soapbox livestream quickly moved on to other topics like human trafficking. The channel’s viewers weren’t fooled, though. The comment section quickly filled up with disappointed QAnon fans.”

A new narrative is now being formed about the “Mueller blockade” being removed and all the cool Q things that are sure to happen now that his investigation is out of the way. Other supporters are expressing disappointment over the lack of a big reveal. Q opponents are taking the moment to gloat.

As of this morning:

Q and QAnon are dead.

I never thought I would agree with Trump’s former deputy assistant Sebastian Gorka about a thing, but seriously, leave that cult.

I mean, it won’t, because it’s a doomsday cult, but for most grifters tied to the mainstream, that’ll do it.