When I first started reading Check Please!, I was immediately hooked. It was not only amazingly illustrated, but it featured an amazing gay male character in Bitty, and was inspired by one of my favorite manga genres: sports manga. As we enter the end of 20GayTeen, the publication of Check Please! is the perfect reminder of the growth in queer narratives we’ve gotten in the past few years. We are no longer just telling one kind of gay story about one kind of gay character, coming out in just one chapter, but a whole narrative.

In Ngozi Ukazu’s amazing webcomic-turned-Kickstarter-turned-print-comic, she shows the amazing way that we can create new stories out of previously established narratives. A gay Georgia boy who loves to bake, but also plays hockey? Sign me up—not to mention it’s filled with cute romance, zero toxic masculinity, and a really great sense of male comradery that’s refreshing to read.

I had the great pleasure to speak to Ukazu about her comic, and I would recommend everyone go and check out her amazing work. Also, I can’t wait for the next volume.

Check Please! is now out from First Second. 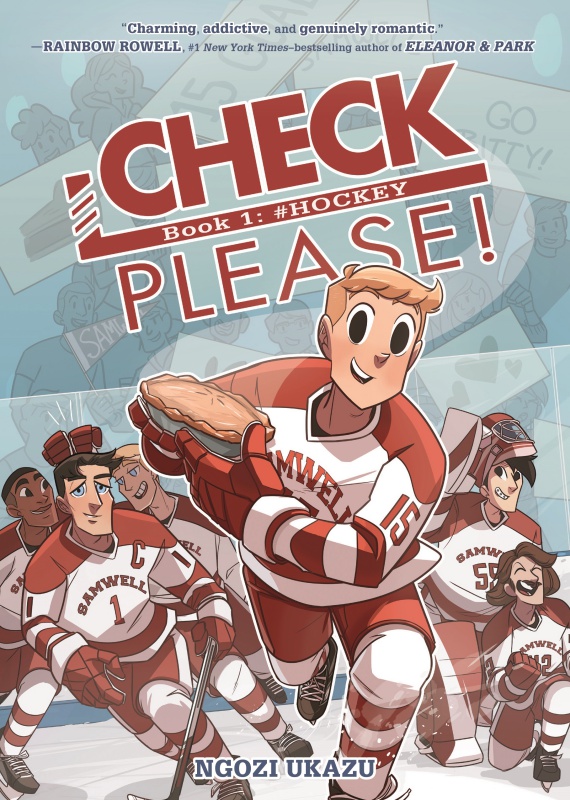 TMS: Check Please! has gone from being a webcomic to now being published by First Second books. What has the grassroots fan support of Check Please! shown you about what audiences are thirsty to see in comics? How has it helped you, as an author, grow—a product that can get instant feedback?

The support behind Check Please! shows that audiences want so many things that aren’t being addressed/served to them. They want happy and hopeful stories featuring queer or marginalized characters winning. They want accessible stories that they can start from Book #1. They want artwork that appeals to newer (if not younger) audiences—comics that aren’t afraid to look vibrant and cartoony. As an author, it’s uplifting to see such enthusiastic feedback! It’s the instant gratification of knowing your stories have a place in this world.

TMS: You say in the introduction to your book that you are “a Texan, a woman, and a first-generation Nigerian,” and our beloved lead character, Bitty, is a gay white male character (still a proud Texan, though). The conversation about diversity is often about bringing in diverse authors and also getting white authors to learn how to write diverse characters. Check Please! has a diverse cast, but it has a white male lead, takes place in a sphere of privilege, and deals with a sport that is not known for being that diverse.

As an author of color, how do you approach writing about whiteness and experiences other than your own in a story? Have you ever felt pushback from people saying that you should write about POC? What advice would you give to other authors about how to write outside of their own frame of reference?

I actually did an entire talk about this at TCAF 2017. I did a presentation on “Writing What You Don’t Know,” that is, telling stories about characters who may have different identities from you. The answer is a simple equation of research plus empathy. Bitty is a white male from Georgia (not Texas!) who plays hockey, while I’m a black female from Texas who can’t even skate. As a black female living in America, the research is built in—the white male experience is the most depicted experience in western media. And as for empathy, writing about a gay man existing in a traditionally toxic male space means drawing from the different phobias and prejudices I experience as part of my life.

“Have you even felt pushback from people saying that you should write about POC?” This is the first time I have ever been asked this question, and the answer is “no.” Authors who write outside their frame of reference should listen, learn, consult others, and put as much of themselves into the character as possible.

TMS: One of the fun things about the book is the honest sense of friendship and teamwork among all the boys. We watch Bitty struggle, but he isn’t shunned for it, which is sort of the normal arc for a character like him. It made me realize how little we see of groups of male friends where they have healthy relationships with each other. Were you looking to sort of challenge the expectations of male sports when writing?

In sports manga and comics, we take a character like Bitty—a small underdog—and continuously antagonize them. They might be welcomed onto the team but shunned by a single member, or face a sport that totally makes them an outcast. While Check Please! starts out like this, it soon transforms into a story where Bitty is antagonized, but by nebulous forces like internalized homophobia and the anxiety of physical and emotional confrontation. The protagonists aren’t just Bitty and Jack; it’s the idea that friendship, acceptance, and non-masculine strength can lead to success.

TMS: As LGBTQIA fiction grows, we are trying to tell new stories about queer kids beyond the coming out story. Bitty is such a refreshing gay male character because he is very sweet and kind, but it doesn’t isolate him from other guys, nor does it make him a bad hockey player or lessen his place on the team. The story sort of just lets him go on a journey where his sexuality is part of him, but not his “struggle.”

What do you think the new landscape of queer storylines is going and where do you think Check Please! fits into it?

While coming out storylines are necessary and can still be unique, queer storylines can go anywhere they please! Because just like any other attribute, queerness is just one facet of a character or person’s identity. Check Please! fits into a landscape of LGBTQIA stories that can be romantic, action-packed, speculative, historically-based, sensitive, slapstick, surreal—or none of the above. 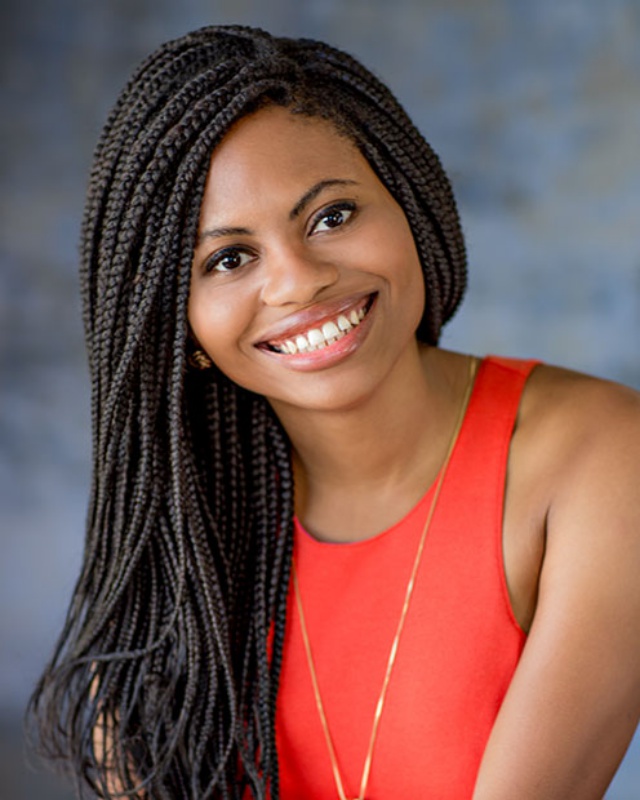