Putting Your Bad Day in Perspective With the Power of Anime

Some seriously unlucky mofos and mofettes. 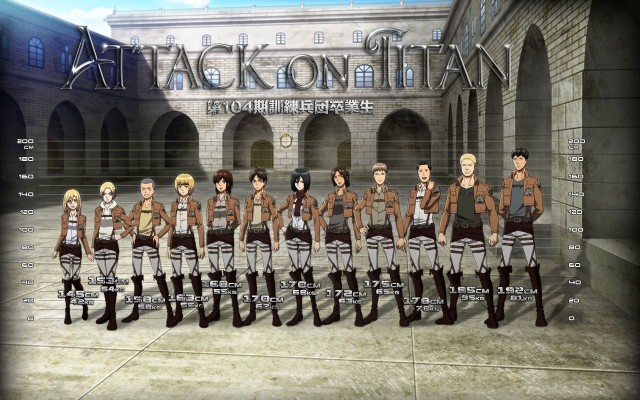 Next time your day seems long and miserable, consider these anime characters who are having a far, far worse day than you! At least you’re not being hunted by Titans, right? Yeesh.

(Mild spoiler Alert! If you have not watched Trigun, Gurren Lagann, Fullmetal Alchemist, Heat Guy J, Fushigi Yuugi, Escaflowne, Inuyasha, Fruits Basket… you may not want to read this list! Or if you don’t particularly care about spoilers, this list may also increase your interest in starting one of these great anime! Might I recommend our first entry…)

1.) Vash the Stampede from Trigun. This entire series is pretty much one long, continuous, epically bad day that spans many, many days. And kind of years. Mistaken identity, emotional and physical pain, grief and loss… and that’s just one episode! Vash, your cheerfulness in the face of the abject suckage that is your life… hats off, brother. Geez. I laugh in the face of misery and loneliness! Ha ha ha!

2.) Yoko from Gurren Lagann. Damn, girl. You’re hot, you’re awesome, your milkshake brings all the boys to the yard… but every man who loves you dies horribly. Yes, I think you’d best go off to a random island and become a school marm. That would be best for everyone, probably… 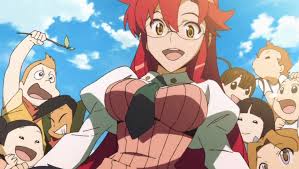 3.) Edward Elric from Fullmetal Alchemist. “Yes, I think I CAN bring our dead mother back to life using the power of alchemy. Help me out, my adorable kid brother Alphonse – it’ll be fine. Oh, crap-on-a-cracker! What happened to my freaking leg?! And… my entire brother?! Quick, bring my brother’s soul back and put it in this weird suit of armor our dad left lying around – seriously? My arm too?” 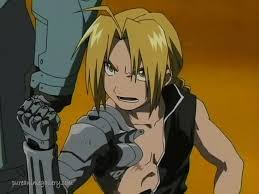 This costs and arm and a leg. And an entire brother!

4.) Tamahome from Fushigi Yuugi. This guy can’t win. He desperately tries to earn money for his starving brothers and sisters and sick father, and just when things are looking up, his entire family is senselessly murdered. He’s tortured on the orders of Miaka’s bat-snot crazy former best friend, Yui, and then ends up reincarnating throughout time just so he can end up with Miaka in the modern world. Not sure it was all worth it, buddy. 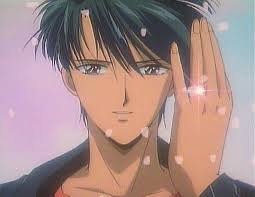 I’m sparkly and pretty. Why is my life so hard?

5.) Simon from Gurren Lagann. All the Spiral Power in the ‘verse(s) won’t bring back his bro. Or his girl. Simon, you grew from a little digging molerat of a kid into a real BAMF. Kamina would have been proud, little bro. Simon lost it after his bro Kamina’s death, then clawed his way back to sanity and became a kickass hero in his own right. One of his closest friends underwent a personality transplant and ended up an utter douchebag who threw him into prison. He fell in love with Nia, who was then taken from him by the Anti-Spiral. He took his badass self to insane and impressive heights to rescue her, only to have her disintegrate at the altar. You rock that cape and those glasses, Simon. You’ve bloody earned it. 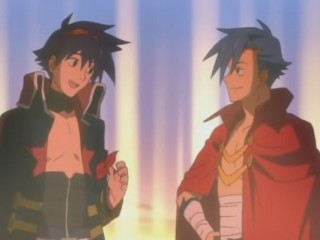 So … long time no see, bro? The feels, dammit. The feels.

6.) Daisuke Aurora from Heat Guy J. This guy keeps one heck of a cool head despite the slowly revealed trauma of his life. His mother disappeared when he was little, then his father was brutally murdered by an android. He then grows up and becomes a detective and is partnered with an android, much like the one that killed his father. His cold, impossible-to-please older brother then goes crackers and tries to do him in! All of this while being hounded by crime families, Celestials, and bureaucracy. 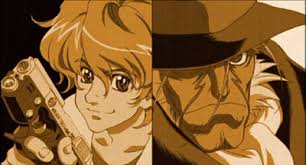 What’s that J? A man smiles through his troubles?

7.) Inuyasha from … well, from Inuyasha. Inuyasha is half dog-demon, half human. His human mother dies, leaving him a friendless, orphaned puppy-child. He is mocked and tormented for his halfsies status. Even his older brother Sesshomaru holds him in contempt for being born and existing. Inuyasha basically raises himself and one day grows up and meets a beautiful human woman, a priestess. They fall in love but get screwed over royally by Naraku, a huge, icky jerk of a villain. Kikyou, his girlfriend, tries to kill him and he ends up trapped in a tree for years. A girl who looks exactly like his girlfriend wakes him up and he justifiably freaks out. This ends with him being fitted for the mother of all evil invisible fence collars. Whenever his dead-ish girlfriend’s reincarnation is mad at him, she can order him to “sit” like a dog. Ouch. 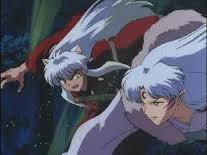 Try not being a total dick, Sesshomaru. Just try it and see how it feels. Or not. Dick.

8.) Kyo Sohma from Fruits Basket. The Sohma family’s Zodiac curse is bad enough, but poor Kyo is stuck with the role of the Cat, who isn’t part of the Zodiac proper, but would have been had he not been tricked by the Rat. Kyo has temper problems, but he’s got a reason to be upset – in addition to turning into a cat whenever he is hugged by a member of the opposite sex, he is reviled and isolated by the rest of the Zodiac. His mother died tragically, and his father was a jerk. If it hadn’t been for an excellent mentor, he might have been forced to be imprisoned by his own family. And, to take things up a notch, an additional bit of the curse causes him to morph into a stinky, scary beast thing when his beaded bracelet is removed. Like he didn’t have enough to worry about! 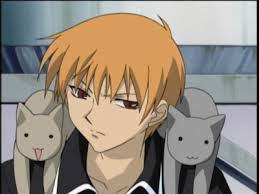 Life is hard when you’re the Cat that got left out of the zodiac.

9.) Tohru Honda from Fruits Basket. Orphaned and cornered into living in a tent by herself and still making it to school regularly, Tohru’s optimism and enthusiasm for life puts everyone around her to shame. She should have annoyed me, but she didn’t. Darn kid is just too cheerful and genuinely sweet. Romantically torn between the lovely, softspoken Yuki and the temperamental barely-civilized-but-kindhearted (He brought her leeks! He hates leeks, but he knew she liked them!) Kyo, Tohru shines. She’s poor, lonely, and lacks confidence, but when put to the test, Tohru is the best friend ever. We should all be so lucky. 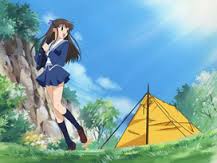 This? This is my tent. I live in it. No problem at all! I’m totally fine. Alone. In a tent.

10.) Allen Schezar from Escaflowne. Talk about the curse of Apollo! Allen Schezar is hot. I still have an anime-crush on him. Allen Schezar is also horribly unlucky in love. The Greek god Apollo, despite being a perfect specimen of attractiveness and god-like superpowers, could not get a girl. In fact, Daphne wished herself to turn into a tree so she would not have to get with him. Castalia turned into a waterfall or something to get away from him. Several other women died or turned into things because of him. Allen Schezar is not much luckier. He was in love with a woman who had to marry someone else, but got her knocked up. She rejected him and kept the baby and didn’t tell the kid who his father really was. That princess’s sister then fell for him, but Allen wasn’t feeling it so much. He then fell for Hitomi, who got bored and dumped him for Van. Really? What girl in her right mind chooses Van when she could have had Allen Schezar? It’s not your fault Allen, dear. You just haven’t found the right one, that’s all. :-) You’re just too pretty for your own good. 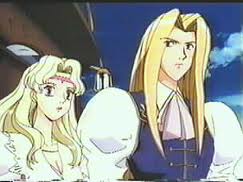 Yeah … sorry Millerna. It was your sister I was into. And that girl who dumped me for Van. Awesome.

So, next time you find yourself unable to find a parking space, running late for class, missing a friend who moved away, or feeling unattractive, just think how lucky you are that you’re not being hunted, kidnapped, eaten, or turned into a monster. And then consider how much we have in common with our favorite anime characters – unrequited love, family troubles, bereavement, and general bad luck. Some days just suck, with or without the addition of time travel, monsters, and aliens.