'Pushing Daisies' Is Right There. Bring It Back to Life Already! | The Mary Sue

Pushing Daisies Is Right There. Be like Ned, Touch It, and Bring It Back to Life Already! 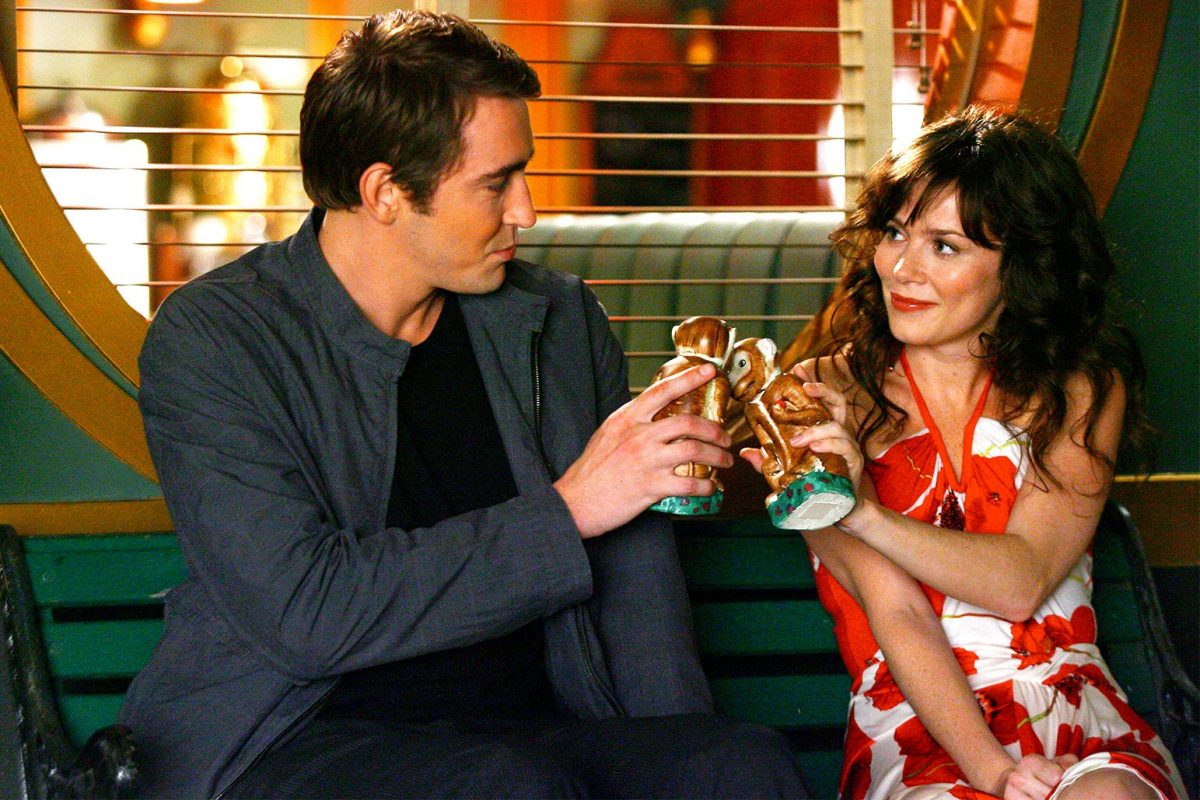 Is this the same situation from 12 years ago all over again? Are we all still sleeping on Pushing Daisies? A show that demonstrated that, no matter what, love can overcome any obstacle, even death? Pushing Daisies (2007-2009) was sweet, original, gorgeously wrought, and clearly ahead of its time. Starring Lee Pace as Ned the Piemaker and Anna Friel as Chuck, Ned’s childhood sweetheart who dies and is brought back to life by Ned’s magical ability, the show was out there, whimsical, and unique in a way that we hadn’t seen before.

A man who can bring people back to life for a minute with the touch of his finger? And he helps a detective solve crimes? Wonderful! But he brings back his sweetheart and doesn’t kill her instantly and instead, they have cute little moments where they kiss through plastic and wear shoes that make noise so they don’t touch and he doesn’t re-kill her? Absolutely adorable.

Maybe it didn’t work at the time because the world wasn’t as dark and twisted as it is now, but going back and watching Pushing Daisies brings happiness that only a show like this can summon.

This plea to remember and resurrect Pushing Daisies is here because one Twitter user asked what show we would bring back if we had the chance.

If you could resurrect any currently cancelled TV show (and have it pick up right where it left off), what would it be? #questionoftheday

And sure, some users had some other great options.

Happy Endings and Don’t Trust The Bitch In Apartment 23 were very Obama-era sitcoms but you could easily update the storylines. Penny would be a wannabe influencer, Jane would be feuding with Marie Kondo and Chloe would be blackmailing half of the Supreme Court. https://t.co/TPzNEvl4yH

Or they were this guy. (Which, same.)

But none of the shows mentioned in the Twitter thread spoke to me as much as Pushing Daisies did when I was younger. It was such an exquisite production that just wanted to spread joy and wonder, even if it was a pretty out there concept. So why not give it (and Bryan Fuller) the second chance it deserves? Pushing Daisies clearly has enough of a following to work.

Just don’t listen to Andy Richter. He’s wrong about this one.

None. Every show gets what it deserves. https://t.co/WDtrDM6EAF

Please, ABC or any other station or streaming platform that wants to revive shows. Look at Pushing Daisies. It is right there and the show’s creator is willing to do anything for it. Lee Pace is now a movie star who would bring his devoted followers to a new Pushing Daisies (plus, most of them love it already.) Make 2019 the year of my dreams, please?

In the past we’ve asked you what show you loved that no one seems to talk about these days, and what property actually deserves a reboot in this reboot culture. But what would your answer to the Twitter question be? What would you bring back if it meant the show could return seamlessly, as though no time has passed at all? Who still has unfinished business?