Even if you haven’t read the archives of Patsy Walker or Hellcat, you’re probably familiar with Trish Walker from Netflix’s Jessica Jones, right? You might think that writer Kate Leth and illustrator Brittney Williams’ new Hellcat series would capitalize on that same vibe — but that’s not the case at all. Instead, it’s a lighthearted all-ages comedic story about Patsy’s adventures. I provide some more details about that in my spotlight video review above. Enjoy!

And now, it’s time for my Top 5 Comic Book Recommendations for this week … 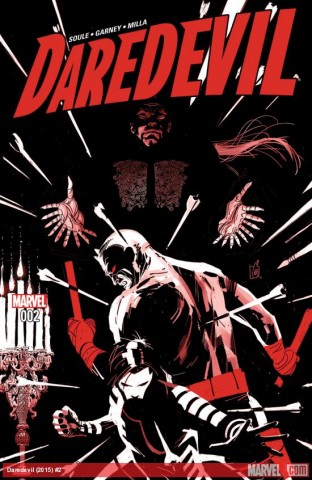 1. Daredevil #2, written by Charles Soule, illustrated by Ron Garney. Daredevil is inviting new readers to hop on board yet again; you may recall that Mark Waid and Chris Samnee’s Daredevil set itself back to #1 last year, although their run seemed a lot more jokey and lighthearted than this one does so far. If you miss the noir feel of the Netflix show, this might whet your appetite — that’s the type of story that I prefer, personally. 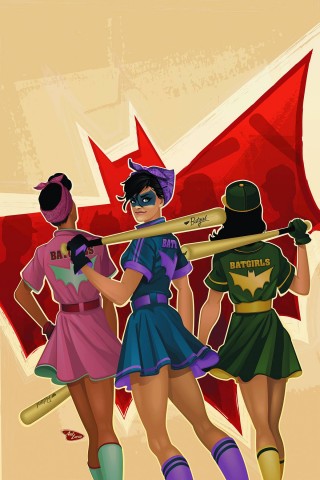 2. DC Comics: Bombshells #7, written by Marguerite Bennett, with art by Mirka Andolfo. If you haven’t already hopped on board the Bombshells train, you might want to wait and pick up the first collected volume when it comes out next year — but if you’ve been keeping up around here, you know we love this series and have covered it a bunch. In this week’s issue, a budding league of “Batgirls” will don Batwoman’s A League of Their Own-style costumery and go to bat for her while she’s away at war. They look so cool, huh? 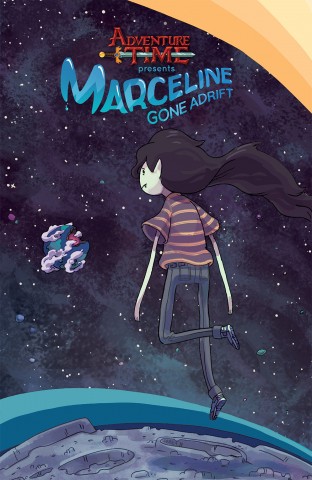 3. BOOM! Studios’ six-book Adventure Time arc, Marceline Gone Adrift, written by Meredith Gran with art by Carey Pietsch’s art, is now available all in one go — hooray for trade paperbacks. I’ve fallen behind on my Adventure Time, what with all the different spin-off series arcs they do now (how could anyone keep up with them all, really?), so I’m looking forward to reading this whole series in one full swoop. 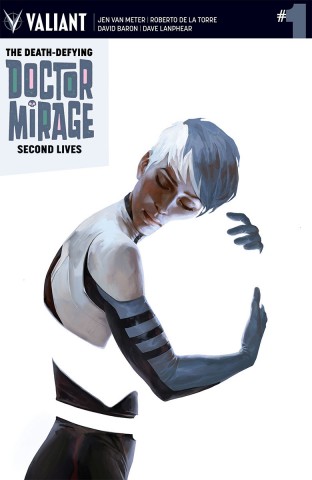 4. Eisner Award-nominated writer Jen Van Meter is writing Valiant’s The Death-Defying Doctor Mirage: Second Lives, with Roberto de la Torre doing the art. The first in this four-part series picks up where Doctor Mirage left off last year, although a few things have changed for Shan and Hwen now that they’ve been reunited across the great beyond. Van Meter describes their dynamic: “I like writing couples; I like writing family relationships; I like writing intensely personal relationships … The focus is really on how much better they are together: emotionally, psychologically, and at their jobs.” 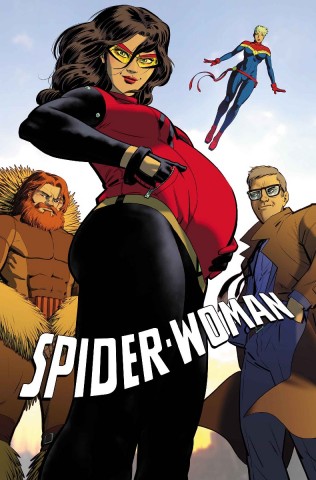 5. Isn’t Spider-Woman on parental leave? Even in a maternity hospital ward, Jessica Drew still ends up having to save the day — or at least that’s how the blurb about this upcoming issue makes it sound. Dennis Hopeless is writing this storyline, with Javier Rodriguez illustrating. The entire concept is delightfully weird — and also infuriating for the fans who don’t like the idea of Spider-Woman being pregnant (but yes, I do know there’s a whole subculture of people who are probably more into her because of that, and no, I don’t really want to think about their needs right now). I don’t know where the heck this arc is headed, but I am definitely following along.

What are you planning to pick up and read this week?