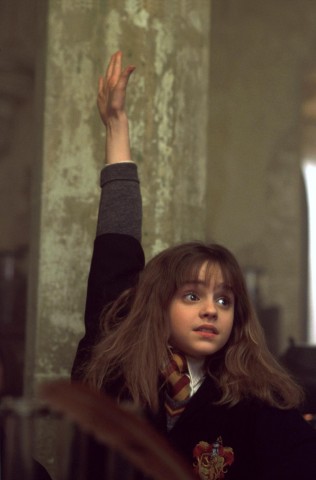 It’s September. For many students around the world school is back in session. It seems to also be the perfect month to talk about one of the most magical schools of all time, Hogwarts School of Witchcraft and Wizardry and one of its most inspirational witches: Hermione Granger.

Hermione is one of the leading characters in the famous fantasy series, “Harry Potter.” Often described as one of the “brightest witches of her age,” Hermione shines at Hogwarts having mastered complex spells before school even started.

Having read and memorized her schoolbooks, Hermione is eager to prove herself by constantly raising her hand in class and demonstrating the proper use of spells and magic. Unfortunately, she is sometimes teased by other students, including Harry Potter’s best friend, Ron Weasley, for showing them up. She is also sometimes picked on by Professor Severus Snape, a Potions teacher, who at one point calls her an “insufferable know it all.” 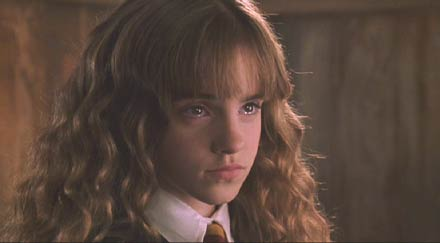 Despite this, Hermione continues her dedication to her education and spends long hours perfecting her essays and making sure that she studies enough for each exam. She also tries to ensure that she and the students in her house (Gryffindor) do not misbehave or get in trouble in any way as to not lose any house points.

In the third book/film, Hermione and her friends, Harry and Ron, along with their classmates, have to face their biggest fears when Professor Lupin, the Defense Against the Dark Arts teacher, asks them to face a Boggart. A boggart is a mystical non-being, which takes the shape of the nearest person’s biggest fear. For example, since Ron was deathly afraid of spiders, the boggart took the shape of a giant spider. For Hermione, her boggart took the shape of a teacher, who informed her that she had failed all of her exams.

It is not easy to diagnose someone without meeting them. Based on what I’ve read in the books and what I’ve seen in the movies, it seems likely that Hermione might have obsessive-compulsive disorder (OCD).

In order to be diagnosed with OCD the individual can have obsessions (recurrent intrusive thoughts that are difficult to get rid of) or compulsions (specific rituals, such as hand washing, intended to lessen anxiety), or both. The compulsions must take up at least 1 hour per day to complete. These symptoms must cause significant distress in the individual’s personal, work, or academic life.
People with OCD often tend to be perfectionists, which Hermione appears to be. Her fear of being imperfect, of making a mistake, of getting into trouble, or not doing well academically makes her extremely anxious. In order to calm her fear of being a “failure,” she spends multiple hours studying and working on her school essays.

While her anxiety sometimes makes her appear critical toward others, making her more likely to get teased, Hermione’s studious attitude is also the reason why she and her friends were successful in defeating the dark wizard, Lord Voldemort. On numerous occasions, her obsessive studying helped save her friends’ lives. 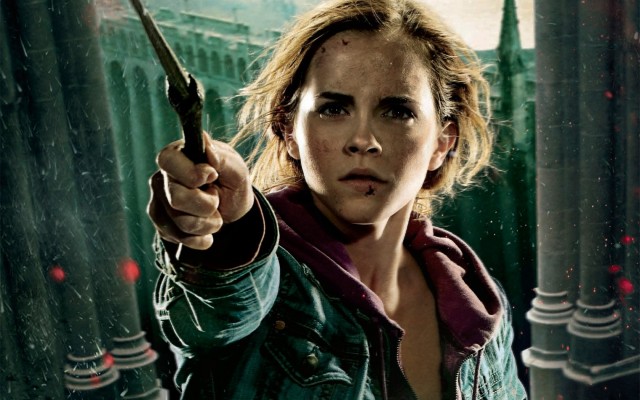 Despite her anxiety about getting into trouble or being seen as “imperfect,” Hermione demonstrates extreme strength and resilience when she breaks school rules in order to help Ron and Harry. From the very first year when the trio believed that Professor Snape was trying to steal the Philosopher’s Stone, to helping the boys protect the school from a deadly Basilisk, to facing Lord Voldemort himself and his followers, the Death Eaters, Hermione demonstrates extreme courage. She follows her principles in trying to free the house elves from slavery, understanding first hand the impacts of discrimination.
Her courage and loyalty is especially evident when she drops out of Hogwarts to follow Harry to try to destroy Lord Voldemort. No matter how much she is tested, Hermione does not back down from her mission.

Many of my patients initially wish to get rid of anxiety altogether and some are surprised and disappointed when I tell them that not only is it impossible to get rid of anxiety altogether but it would also be unhelpful. After all, anxiety might alert us to potential danger, it might help motivate us to work harder, study harder, and be a better person. There are times when it is difficult to manage, and that’s where a mental health professional can be especially helpful in teaching you specific coping skills to make the anxiety more manageable and to help you become the kind of person that you want to be. For Hermione, her anxiety not only did not deter her from being a hero, it made her the very hero she became.