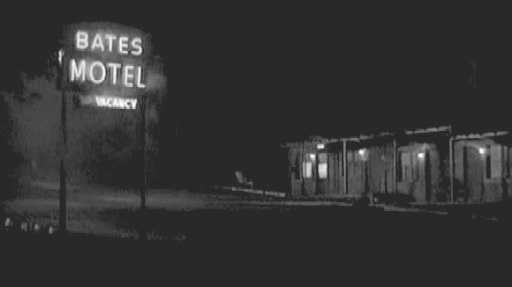 Um, okay. Gross. I say this as a devout fan of the original Psycho movie directed by Alfred Hitchcock. But wanting to bring the same success of horror-themed shows like FX‘s American Horror Story, True Blood, and The Walking Dead, A&E has announced that it’s developing a series about the Bates Motel, the site of several murders at the hands of the titular psycho, Norman Bates (played by Anthony Perkins). The plot of the show concerns what turned Norman into a murderer. Maybe I shouldn’t assume it’s going to be absolutely horrible, but can I say I’d prefer to see Psycho left alone (after it was already subject to an unnecessary shot-for-shot remake)? Yes. I’m going to say that.

Bates Motel is the title of the pilot, which A&E is hoping will be picked up for series, and as a prequel, it will be delving into the life of Norman Bates as he became the weirdo who stalked the people staying in his motel and killed them while wearing a wig and his late mother’s dresses. If this sounds familiar, it’s because this has actually been covered in the made-for-cable Psycho sequel. Yes, Psycho IV: The Beginning is exactly what this show is about: the beginning. Perkins never stopped playing Norman Bates, and in 1990, he played an older version of the disturbed young man, looking back on his dysfunctional relationship with his horrific mother, Norma.

And now, the cable channel would like to make a TV series out of that. Only the pilot, which is being written by Anthony Cipriano (screenwriter of the movie 12 and Holding), is a sure thing so far, with no dates announced nor any stars attached.