What Makes A Gamer, and Why I'm Still Proud To Be One | The Mary Sue

What Makes A Gamer, and Why I’m Still Proud To Be One 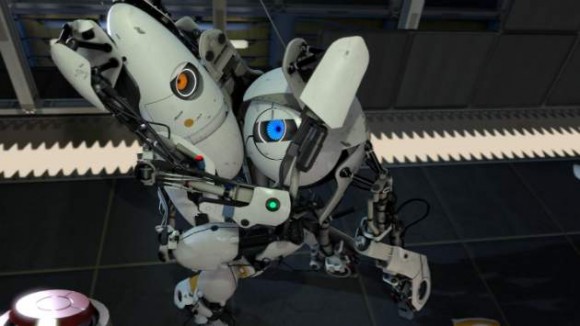 Back in my World of Warcraft days, a stranger approached me as I sorted my inventory at the bank. He sent me a private message, asking if I was really a girl (my avatar was female). I said yes. He asked if I had a boyfriend. I said no. He told me to send him a picture of myself. Again, I said no. He said he thought I’d look good naked. I told him to go away before I reported him. The stranger called me a bitch, told me he knew where I lived, and threatened to cut my throat. I blocked and reported him, but I did not feel better for doing so. I’d gotten flak for my gender before, but this was the first time it had been violent. I sat there, in my home, in my pajamas, feeling afraid. Stories like this have been at the root of many headlines of late, but this particular tale doesn’t end there.

Minutes after the encounter happened, I told one of my guildmates about it. I felt awkward bringing it up, but I didn’t want to be alone right then. My friend dropped everything he was doing and offered to come knock out a few quests with me. I hadn’t said much about how I was feeling, but he understood just from hearing what had happened that I was in need of some friendly companionship. A few other guildies joined us later on — all men, it should be said — and we had a really good time. The unsettled feeling went away. I knew I was part of a group that had my back. They gave me a safe place to play.

In-game harassment has been firmly in the spotlight this summer — they’re talking about it in the New York Times and at NPR, for goodness’ sake — and there’s a specific reaction to it that I’ve seen expressed in dozens of comment threads and forum posts. A lot of people (mostly men, it seems) have said that this sort of behavior makes them ashamed to be gamers, or that they want to stop calling themselves gamers altogether. A friend of mine — a man I met through a game, and who I have continued to be friends with thanks to multiplayer games — echoed this same sentiment last week. Though it’s encouraging to see that so many people won’t stand for harassment in any form, I don’t think that separating ourselves from the community as a whole is the answer.

On some level, it doesn’t matter at all what label you give yourself. I don’t care if you call yourself a gamer, or a fan, an enthusiast, or whatever. What concerns me is not the label itself, but the underlying implication that the community behind that label is not one that people want to be associated with. This then further implies the bullying and harassment we’re witnessing is the gold standard for how gamers are supposed to behave. Yes, the guy who threatened me in WoW was a gamer, but so, too, were the guys who supported me afterward (and so am I, for that matter). The only commonality any of them had was their hobby. Their respective actions were markers of personal character, not of the pastime they all shared.

To be fair, there are a few assumptions I will make about you if you tell me you’re a gamer. First, I will assume that you get excited about games, and that you will be happy to talk about them with me. I will also assume that there is at least one game that we both like very much. We will then be able to converse about this game, probably at length and with great enthusiasm. If by some rare occurrence we haven’t played any of the same games, then we’ll each recommend some of our favorites to the other. If we both play a specific multiplayer game, or at least play on the same platform, and if we’re getting along really well, we’ll probably exchange usernames. If the exchange doesn’t progress that far or if we don’t hit it off, we’ll have enjoyed sharing some geeky pleasantries with a kindred spirit.

The bad behavior of a few does not define us all. Harassment does exist in gamer culture, but it is not what it is built upon. We’ve all heard the excuse that games are the one place where using slurs or harassing women is “okay,” but as MovieBob put it a few months back, that has never been okay, anywhere. What those people are really saying is that online gaming is one of the few places left where they can usually get away with that behavior (though as we’re seeing now, that’s beginning to change). And as for those who say that sexist remarks are an intrinsic part of gamer culture — it’s simply not true. That’s not what’s at the heart of the culture I know, and it’s not the culture I’m proud to be part of. The gamer guys I know and have known largely do not fit that bill, and I refuse to accept the idea that all gamers, by default, are characterized by one pocket of unpleasant people.

The reason we have these people in our community is the same reason you can find people like them in every community. Gamer culture is just one small slice of humanity, and that means you can find plenty of jerks among us. But I don’t think for a minute that these people make up the majority of who we are. It’s prevalent, no doubt, and is widespread enough that it needs to be taken very seriously, both by our community and by the gaming industry. Not only is harassment harmful and frightening, but it’s dissuading people — both men and women — from playing online at all (and if the industry doesn’t care about that from a compassionate standpoint, then surely they can at least see how that’s bad for business). That said, I have a hard time believing there are more people who act like this than don’t. I really do think the bullies benefit from being loud and outrageous. There’s nothing newsworthy about a group of folks all sitting down and playing nicely together. The tricky thing is that many (I’m inclined to say most) well-behaved gamers tend to ignore public chat, turn it off entirely, or choose to play on private servers. Good behavior just isn’t as visible.

To say gamer culture breeds hostility is getting it backwards. Prejudice and cruelty are present everywhere, and the people who are fueled by these things benefit from the lack of consequences inherent in online anonymity. In the specific case of harassment against women, I do think that the frequency of negative or stereotypical depictions of women within games further stokes the fire, but at the same time, there are plenty of men who can play those games — religiously, at that — and still treat the women they play with respectfully. Saying the hobby on its own is to blame negates the personal responsibility that people have for their actions.

As far as I’m concerned, here’s what being a gamer means: It means you love games. Casual, hardcore, somewhere in between, it doesn’t matter. If you love games, you’re a gamer. And as far as gamer culture goes…honestly, I’m not sure I can put into words how fantastic it is. We write songs, and make art, and laugh at weird jokes. We wear images from our favorite games on our clothes, or even on our skin. Our conversations are peppered with quotes and memes and acronyms that were never meant to be spoken aloud. We wax poetic in our nostalgia for games of the past, and we whip ourselves into frenzies over new titles to come. We debate for hours over which game was the best of a series or which class is best to play. We help each other out, sharing loot and strategies. We find ways to meet the people we play with online out in the real world. We goof around. Incessantly. And sometimes, when life gets rough, we draw strength from games, both from the characters in them and from the people we play with.

While we need to shed light on the issues that harm our community, we also can’t forget why we’re all here in the first place. We’re here because we play games, and because we like to play them together. I am proud to be a gamer. I love the medium, I love the culture, and I love the people who share these loves with me. Our community is going through a lot of soul-searching and growing pains right now, but that’s the only way for us to mature. For those of us who grew up alongside games, seeing this community arise is a truly awesome thing. Depressing as our dark side is, I’m excited to be part of a group that is ushering in a new way for people to connect with one another, to tell stories and share adventures. I won’t let that experience be written for me by one group of people acting hatefully.