For when you want to feel less like A MONSTEEEEEER! 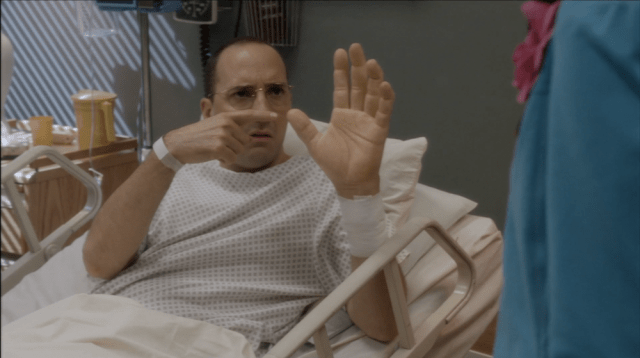 Being born without a left hand really sucks. Jose Delgado Jr, however, is pretty used to it at this stage in his life, and has decent enough insurance that he didn’t need to pay the full $42,000 sticker price for his prosthetic device. But as it turns out, he actually prefers a much cheaper prosthesis that you can make yourself with very minimal effort.

The “Cyborg Beast,” an open-source 3D printable prosthetic hand that’s currently available for download through Thingiverse, has already “enabled” at least 200 people worldwide according to the Robohand project’s website. The cost of materials to make one hand only comes to about $50, which is 840 times less than the cost of the device Delgado currently uses. So Jeremy Simon of 3DUniverse asked Delgado to try out one of the Cyborg Beasts and provide them with his expert opinion as someone who’s used many prosthetics over the course of his 53 years.

Of course, the two devices aren’t exactly similar.The fingers on Delgado’s myoelectric prosthetic device move by using translated signals from the muscle fibers in his forearm. The Cyborg Beast works a bit differently in that it is completely mechanical, as Simon notes:

For Delgado, whose work involves a lot of heavy lifting and driving, the Beast seems to work just fine on a day-to-day basis — in fact, its grip is actually better in a lot of ways. The ABS plastic used to make the 3d printed device does break every once in a while, but it’s very simple to replace by printing out another version of the same piece.

In the video below, Delgado explains his experience with the 3D printed prosthesis as compared to his myoelectric one:

The Cyborg Beast has been changing lives all around the world due to its low cost and easily obtainable design, but it’s especially inspiring to hear that even people who do have access to more expensive forms of prosthetic devices find it to be useful. We can only imagine how much more groundbreaking this technology will become for less-privileged users as it becomes more and more accessible.

(via 3D Universe and 3DPrint.com, image via Arrested Development)