Interview: Women in Pro Gaming Refuse to Be Ignored Despite Industry’s Apathy 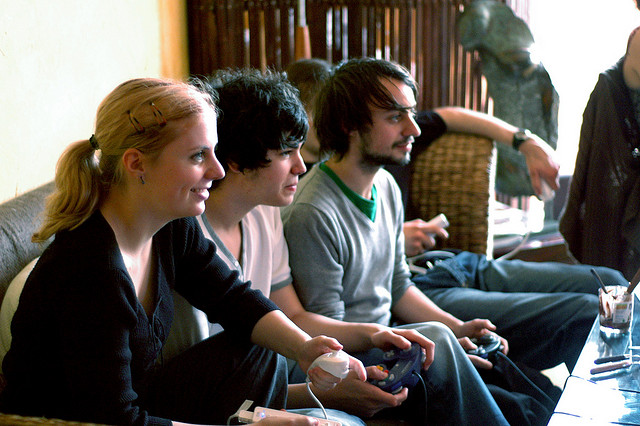 Professional Gaming has come a long way since its beginnings in 1980, when more than 10,000 gaming fanatics gathered to compete in the Space Invaders Tournament. Today, the number of competitors and spectators runs into the tens of millions worldwide. With the stakes much higher, professional gamers can now make a living through consistent competition with cash prizes sometimes reaching as high as one million dollars. One consistent fact that has remained amidst the growth of the industry is this: The profession is dominated by male players. “Affluent” young men seem to be the primary targets of competitions and marketing, which often alienates women looking to make this a career.

Learning these facts piqued my curiosity. Outside of the Gamergate scandal, I haven’t engaged in a gaming conversation where women were the topic of the discussion. I didn’t know there were top-tier, successful women and all-female teams in professional gaming. From this initial exposure, a number of questions arose: How does one become a part of the professional gaming community? Is it hard for women to be a part of this?

As I gained more insight into the subject, I began to understand that the community at large tends to treat women as a novelty rather than viable contenders in tournaments. The few female competitors there are are often met with derision. Electronic Sport League (ESL) programming director, Michal Carmac Blicharz, makes it crystal clear where women stand in this industry via Polygon:

We are not focused on expanding our demographic beyond who we currently reach, because our core audience is growing every year. Historically, all attempts to target non-core eSports demographics have been failures. Various companies have tried simplification, gender segregation, mainstream-friendly rule sets and other similar things, but it does not work. It is not authentic, as it alienates the immensely large core audience in the hope that someone new might pick it up. We don’t see the point.

In a business that is rapidly growing in audience and revenue, this attitude can be potentially harmful to the industry. Isolating a portion of your audience can not only affect viewership and participation but affect business, as well. Sure, the industry brings in hundreds of millions of dollars, but think about how much more revenue the business is missing out by excluding women from marketing campaigns. It seems the beliefs of Blicharz and the larger pro-gaming community seem at odds with the enthusiasm and competitive spirit of those who look to break boundaries in the profession, like gamers Sarina Bruno, of ESL Australia’s Team Immunity, and Naomi Solvanas, formerly of ESL Team Siren.

Bruno began her association with Team Immunity, one of the most famous pro-gaming organizations in Australia, as an adolescent. At a time when she considered herself a “filthy casual,” she was able to turn her passion into a career. “I actually got kicked from a team once, simply because I am a girl,” she told me in an interview. “Women have to prove themselves 200 times more than men. I don’t understand why. When you share a passion for the same thing, you all want to achieve the same goal. What’s the difference?!”

She also shared what it was like growing up in the gaming community in regards to sexism. “I grew up around this culture, so it kind of “felt normal” for guys to make sexist remarks, whether it was in a joking or serious manner. I was made to feel that it was not worth speaking out about. As I grew older and wiser, I grew tired of the micro-aggressions. It was then that I started to address the issue a lot more. I won’t take that kind of shit anymore.”

Solvanas’ association with Team Siren began after she was recruited from a list of competitors ranked in the top five hundred. “As a woman, you won’t be believed if you just say how good you are,” Solvana said. “You have to prove it. Men can sometimes say the most ridiculous things because they think they won’t face any consequences. They’re wrong. The more women continue to enter the world of professional gaming, the less we’ll have to prove, and the less men will open their big mouths.”

She doesn’t believe sexism is the only issue, but that integrating into the professional gaming world is a matter of drive and opportunity as well. “Teams will select whomever is the best option at the time,” says Solvanas, “and I think if more women have the drive and want to invest the time into being the best at a game, they could play professionally, as well.” She believes that there will always be “assholes” out to disrupt the pursuit of your goals, but you shouldn’t let others stop you. “Build your skill, and put yourself out there to win!”

Bruno also remains hopeful and enthusiastic about the future of women in gaming. “If you want to get into pro-gaming, do it,” says Bruno. “Perfect practice makes perfect. Get to know everyone in the scene. Show you care about the sport and the people in it. Don’t be afraid to speak up about what you want and need,” she says.

It’s unfortunate that pro-gaming isn’t seen as a realistic profession for women. Despite that, it’s good that it hasn’t stopped Sarina Bruno and Naomi Solvanas from pursuing their dreams, nor has it stopped top gamers like Katherine ‘Mystik’ Gunn and Sasha ‘Scarlett’ Hostyn from competing and winning top awards. It’s people like them that spin Michal “Carmac” Blicharz’s quote on its head. The goal should be to fully embrace and allow women the world over the opportunity and incentive to dedicate themselves and compete. Women are here to stay, and they will not be overlooked.

Valerie Complex is a freelance writer, and professional nerd. As a lover of Japanese animation, and all things film, she is passionate about diversity across all entertainment mediums. Find her on Twitter at @valeriecomplex.