Digital Privacy Rights for the Deceased | The Mary Sue

Privacy Rights for the Deceased: Do You Want Your Family To Unlock Your Phone When You Die? 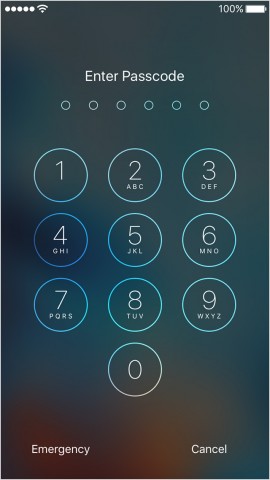 If you want your family to be able to unlock your iPhone when you die, you should probably tell someone the password now, because Apple probably won’t. If you don’t want your iPhone to get unlocked, ever, then you can feel vindicated by the recent slew of cases about phone security. Apple CEO Tim Cook has already stated that he doesn’t believe it would be safe to create a digital backdoor for the iPhone — even when the FBI orders otherwise. The FBI has since sought outside help with hacking the iPhone.

A grieving father may end up doing the same thing. Leonardo Fabbretti wrote a letter to Apple asking them to unlock a phone that belonged to his 13-year-old son who has passed away. The Guardian reports that Fabbretti intends to seek help from hackers if Apple does not agree to help him unlock the phone. Fabbretti also claimed that his son had added his dad’s fingerprint to the phone’s Touch ID records, but that this method of unlocking the phone “doesn’t work if the phone is turned off and on again.” (I can’t find any evidence that turning a phone off and on would delete an existing Touch ID profile, but I admit, I could be wrong on that.)

Based on Apple’s response to the FBI’s order, I have a feeling Fabbretti is not going to get their help with his son’s iPhone. Although Fabbretti calls his case “exceptional,” it’s hardly the first example of next-of-kin requesting access to digital records belonging to a deceased person. This is an ongoing privacy rights issue in the post-internet world, and it’s one for which many other companies have already created policies.

Before the internet, you could just root around in somebody’s home and read all their stuff. You could even use a hammer to break a physical lock, if they owned a lockbox or a safe. As a family member, all of that stuff would become yours by inheritance, so no one would question you for digging around. In the digital age, though, “inheritance” doesn’t work that way.

Techland has a helpful list of email and social media services that do and do not release passwords posthumously. Facebook, for example, “cannot provide login information for the account,” but will agree to “memorialize” the account, which prevents anyone else from ever logging into it. Google only provides login info in “rare cases” and “only after a careful review,” but doesn’t stipulate what exceptions they require before they’ll hand over a passcode. Microsoft does provide login information, so long as you can prove via documentation that you’re next-of-kin. Yahoo, on the other hand, gives a hard no, across the board.

Every company has a completely different set of policies surrounding this issue, and it might be good to look that stuff up, if you’re paranoid. If there’s anything you really don’t want your family members to see, even after you’re long gone, you might want to find a good way to hide it!

Personally, one of my silly fears is that I’ll die unexpectedly and everybody will read all of the terrible rough drafts I have filed away on my hard drive. My ghost is going to be so embarrassed! Seriously: don’t go through my stuff when I die. If I wanted to publish something, it’d be up by now. Unlike Emily Dickinson, I don’t have a huge drawer full of amazing poetry that I’ve never published. All of my unpublished poetry is actually just bad. By the way, that’s probably how Dickinson felt about hers, which is why I feel guilty every time I read it!

(via Ars Technica, image via Apple)