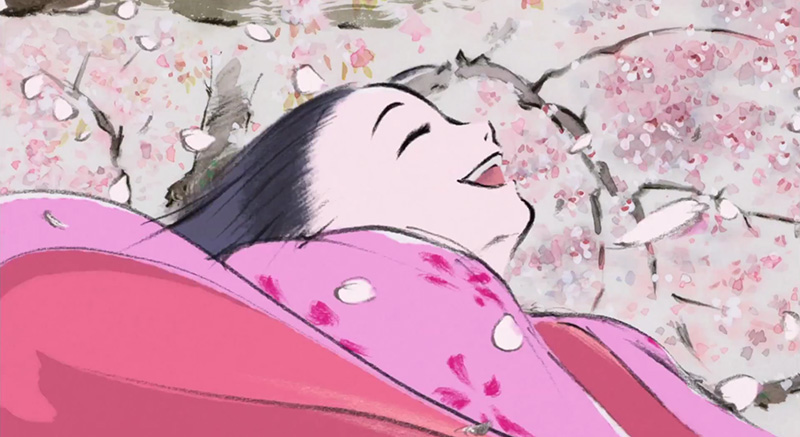 In many ways it feels redundant to review Princess Kaguya. I’ll never be able to vouch for the film as much as its mind-blowingly beautiful trailer did, but as someone who has now been lucky enough to see that incredible clip in context, I’ll do my best: this is a very special movie. Even by Studio Ghibli standards.

Based on the Japanese folk story “The Tale of the Bamboo Cutter,” Kaguya begins with Okina the bamboo cutter discovering a baby in a glowing bamboo shoot (like one does, you know). Okina brings the infant home to his wife Ona and the elderly couple name her “Princess” and decide to raise the child as their own. In spite of Princess’ preternatural growth spurts and precociousness, the newcomer is quickly accepted by other children in her community–particularly Sutemaru, an older boy who protects Princess during her infancy but develops a far more complicated connection with her as she rapidly matures. (Not for the last time in the movie, I told myself “it’s ok, it’s magic, it’s ok, it’s magic.”) 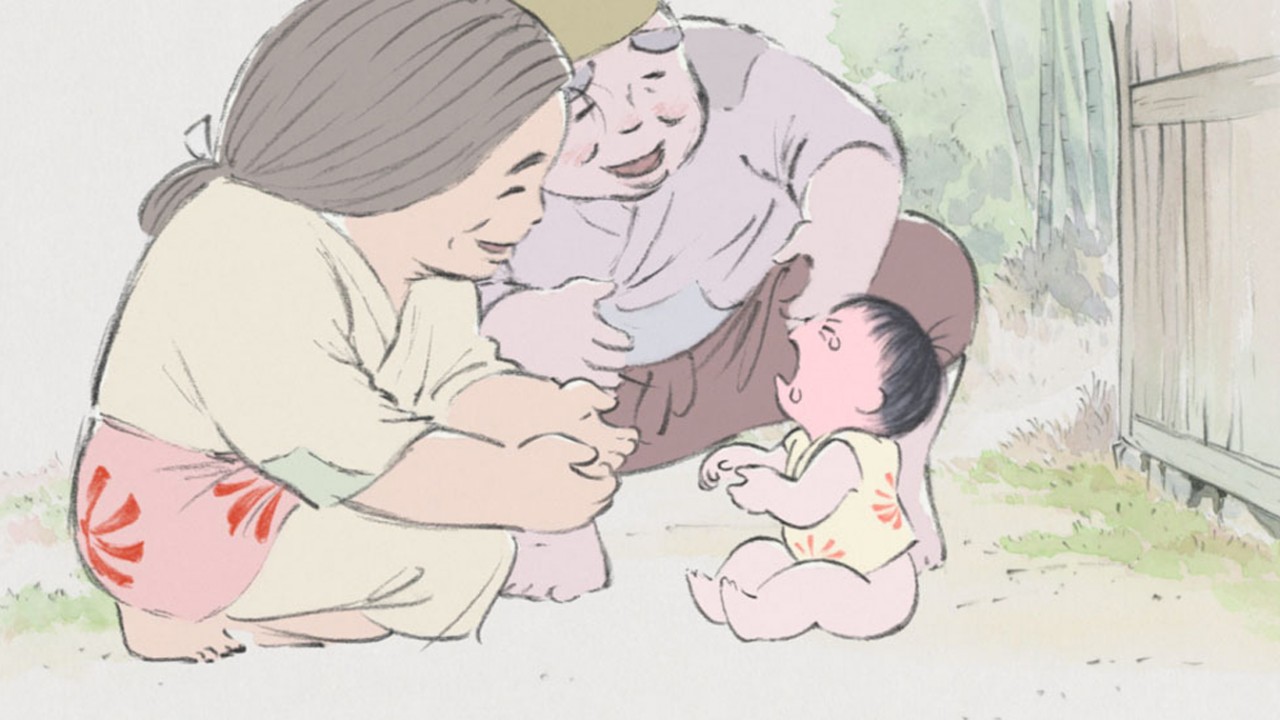 Princess’ childhood years were the most enjoyable aspect of the movie for me–Kaguya captures that fleeting period of security and wonder some of us experience when very young then spend the rest of our lives trying to duplicate. For the quickly-growing Princess, that incubation period ends abruptly–Okina, determined to give his adopted daughter the life she deserves, uses gold he discovers in the bamboo grove (like one does, you know) to build Princess a mansion in town and instruct her in the art of being a lady.

As someone who wasn’t familiar with “The Tale of the Bamboo Cutter” before watching Kaguya, the movie’s plot is so increasingly weird and delightful that I don’t want to give away more for fear of spoiling it. I will say that the depiction of Princess’ early childhood is so lovely that I spent much of the rest of the movie nostalgic for its beginning, especially when the animation style of later scenes began to reflect the austerity of Princess’ new life as a reluctant high-class lady. At times I was just one surreal twist, one gorgeous picture shy of being bored.

And, my lord, what gorgeous pictures. Like I said, this is a difficult review to write because words are never going to do the artwork justice, but I’ve never experienced an animated movie before that felt so totally immersive. Princess Kaguya is emotional, surprising and intensely personal. Do yourself a favor: don’t take my word for it. 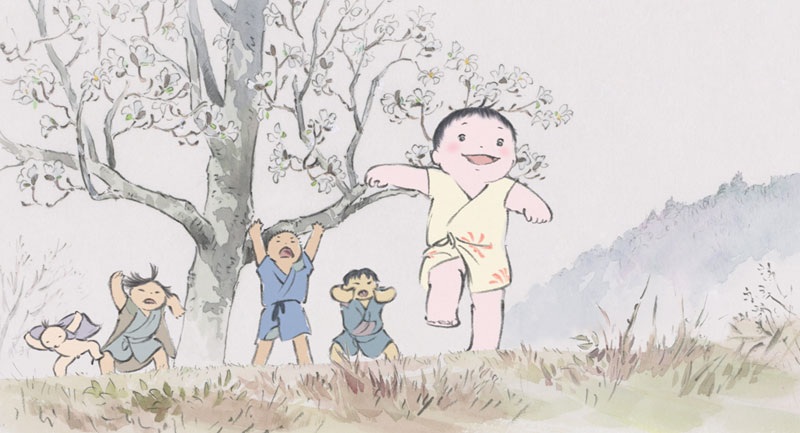