Guys, There’s a Paper That Describes the Relationship Between Lizzie Bennet and Mr. Darcy Using Math 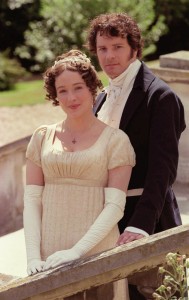 “A mathematical model is proposed for interpreting the love story between Elizabeth and Darcy portrayed by Jane Austen in the popular novel Pride and Prejudice. The analysis shows that the story is characterized by a sudden explosion of sentimental involvements, revealed by the existence of a saddle-node bifurcation in the model. The paper is interesting not only because it deals for the first time with catastrophic bifurcations in romantic relation-ships, but also because it enriches the list of examples in which love stories are described through ordinary differential equations…. A series of small discoveries can give rise to a sudden turning-point in the development of a love story. In mathematical terms these turning-points are nothing but so-called catastrophes, which, in the case of Pride and Prejudice, are technically revealed by the existence of a saddle-node bifurcation.” — Discover has a lingo-laced excerpt from the paper “A mathematical model of ‘pride and prejudice‘” (“as a consequence of the letter the upper saddle-node bifurcation curve is crossed from below and this crossing implies a discontinuous jump from x’ to x”’…”), plus a graph. A graph.