Exclusive Preview: Kamala Khan in Avengers: Back to Basics #6, a Marvel ComiXology Original 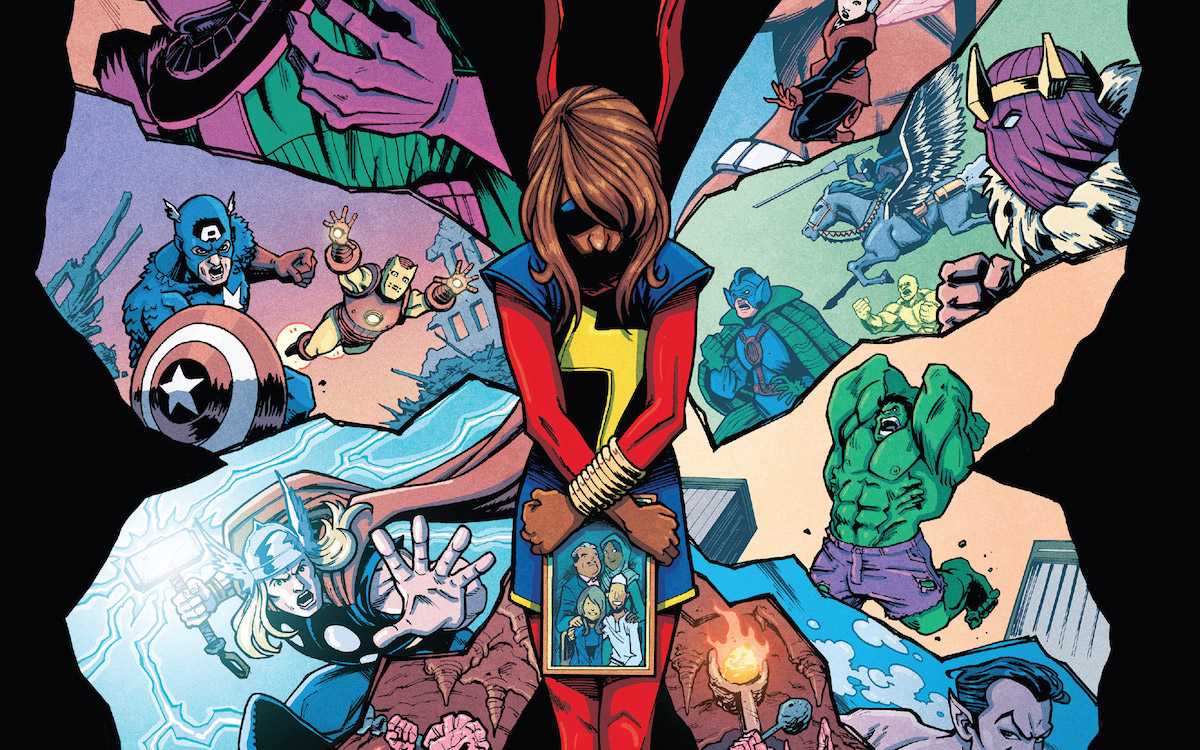 Marvel ComiXology Originals is wrapping up the series Avengers: Back to Basics with issue #6, which is available exclusively digitally, on ComiXology and Kindle, tomorrow, May 16th.

For those unfamiliar with the original series, it began the first two issues dealing with Ragnarok and a solar eclipse that heralded the end of the world, a storyline about a Captain Marvel copycat, and finally, a storyline about Kamala Khan being sent into the past, where she finds herself fighting alongside the original Avengers.

The “Back to Basics” run is concluding with Kamala Khan coming to terms with the consequences of her time traveling adventure with the original Avengers.

In this preview, we see Kamala dealing with the reality that, due to Kang orchestrating the death of her mother, she only has one to two years left to live before she fades out of existence. The preview has a painfully tragic scene of Khan meeting her father and older brother at her mother’s grave. Definitely pulling at those post-Mother’s Day feelings.

The preview ends with Kamala confessing to the original Wasp, Janet van Dyne, that she is from the future. How this will affect everything is yet to be seen. I, for one, am interested in seeing how writer Peter David manages to get out of writing Kamala out of existence.

On a technical level, the artwork (Brian Level) is beautiful, especially that cover by Chris O’Halloran and Nick Roche, which I’m sure is alluding to that infamous “butterfly effect.” Time travel … unless you are in a hot tub, it’s the worst. 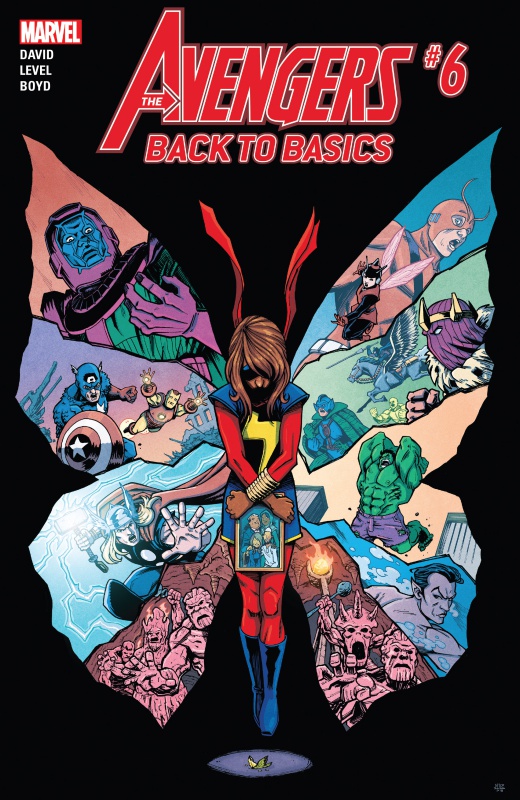 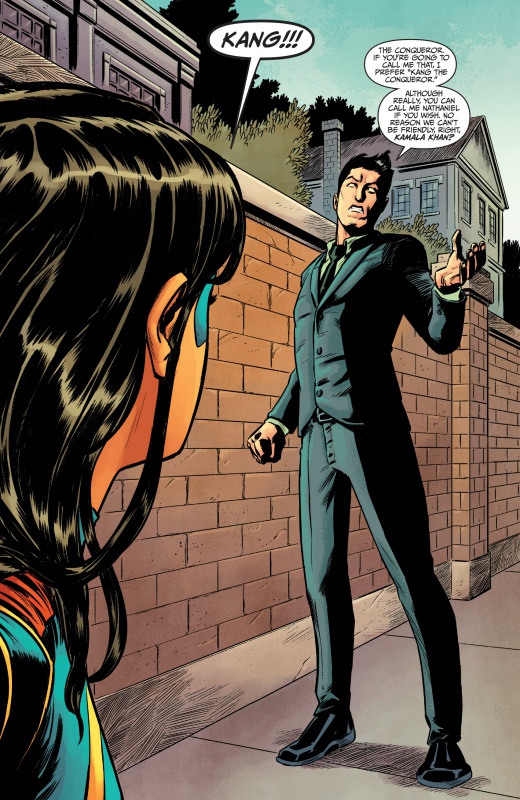 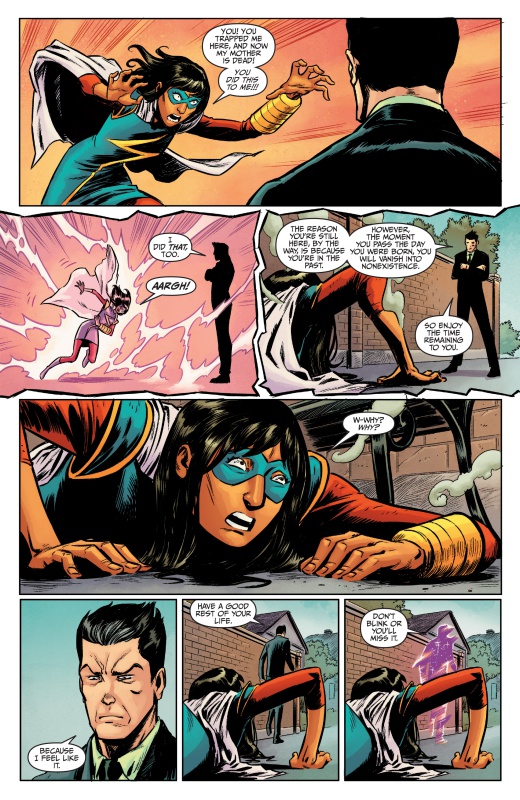 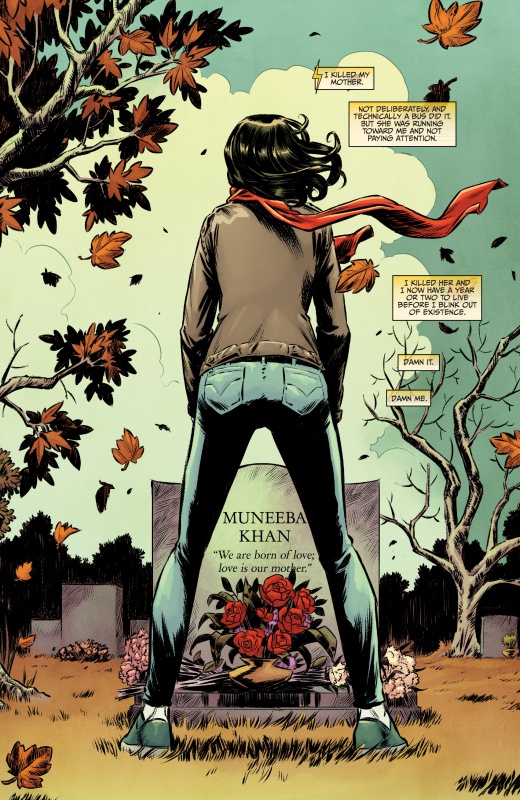 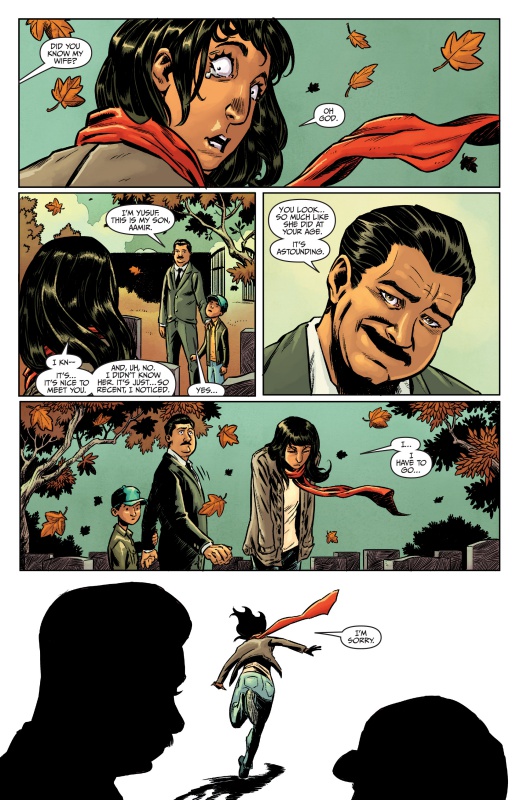 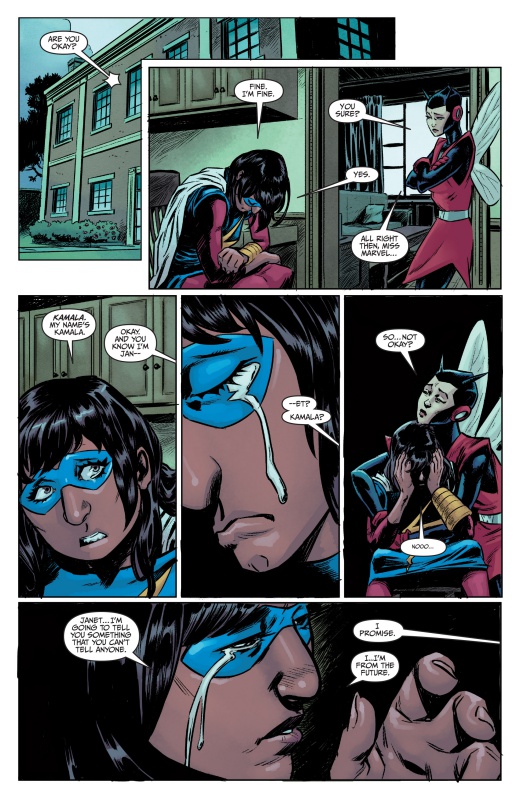 Marvel ComiXology Originals Avengers: Back to Basics #6 arrives on Wednesday, May 16.