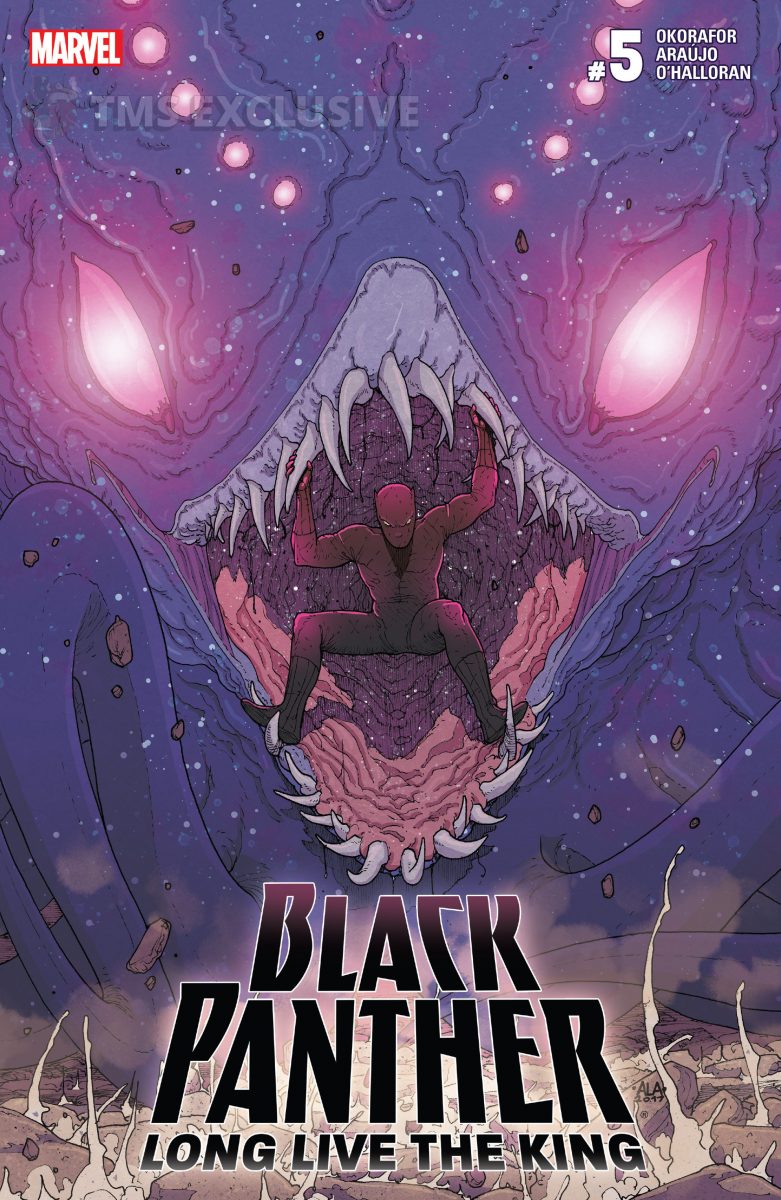 One of the best things about Black Panther fever lately is that it is, in large part, powered by women of color. Sure, T’Challa is great as he comes into his own as a leader after the death of his father, but he’d be nothing without Ramonda, or Shuri, or the Dora Milaje. Some of his best antagonists or challengers in the comics have been female, too. In this exclusive preview of Black Panther: Long Live the King #5, we get to spend time with a chief named Ikoko, who does not have time for T’Challa’s judgmental attitude. 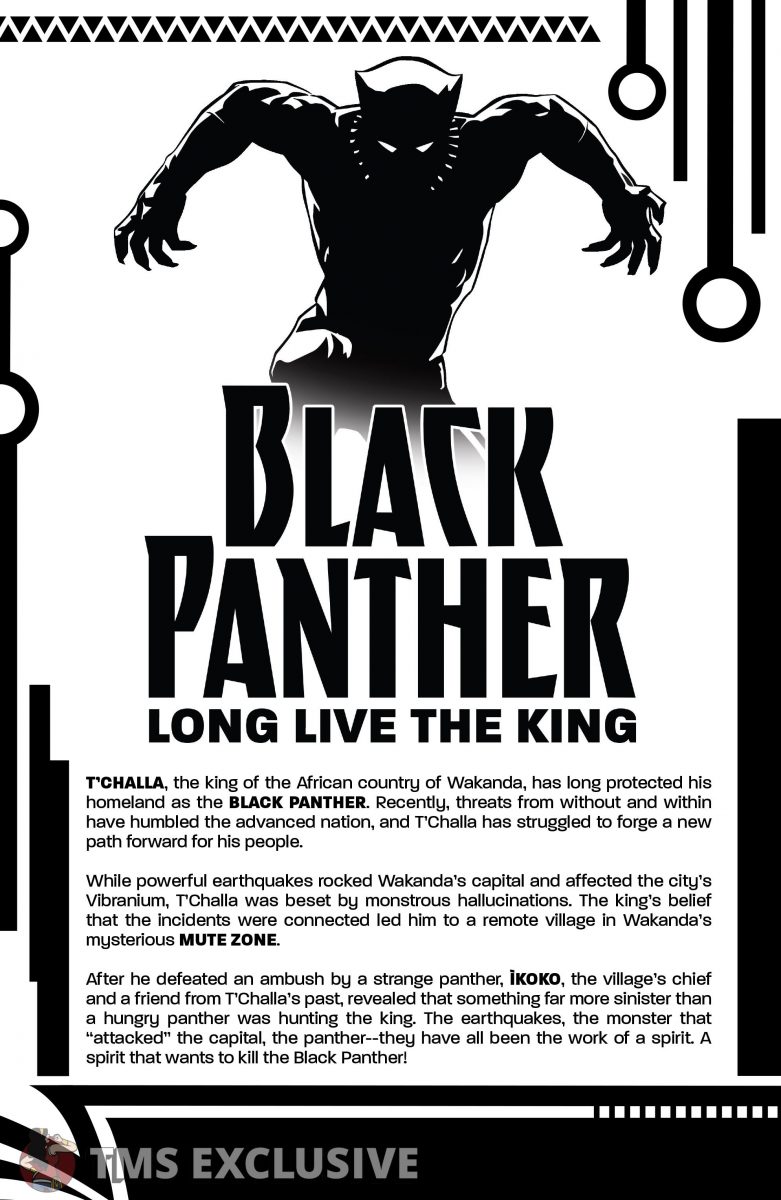 After a two-issue break, during which Creed‘s Aaron Covington and artist Mario Del Pennino took on creator duties for Issues #3-4, Okorafor’s story arc concludes with this issue. A sixth and final issue will drop after this, a one-shot also written by Okorafor.

A perfect entry point for new fans and longtime readers alike, Black Panther: Long Live The King is an adventure set in the world of Ta-Nehisi Coates’ landmark Black Panther run and told in the Mighty Marvel Manner! As the Black Panther and an Avenger, T’Challa has had to save the world time and again – but those duties pale in comparison to his responsibilities as king of Wakanda. As the nation rebuilds in the wake of revolution, T’Challa finds his people besieged by a massive monster tearing through the country, leaving a trail of destruction in its wake!

Check out these intriguing preview pages from the issue, courtesy of Marvel Comics and ComiXology, featuring Ikoko, chief of one of Wakanda’s “mute zones,” and former love interests of T’Challa’s, whose brilliant mind allows her to possibly see solutions to the nation’s strife that T’Challa cannot: 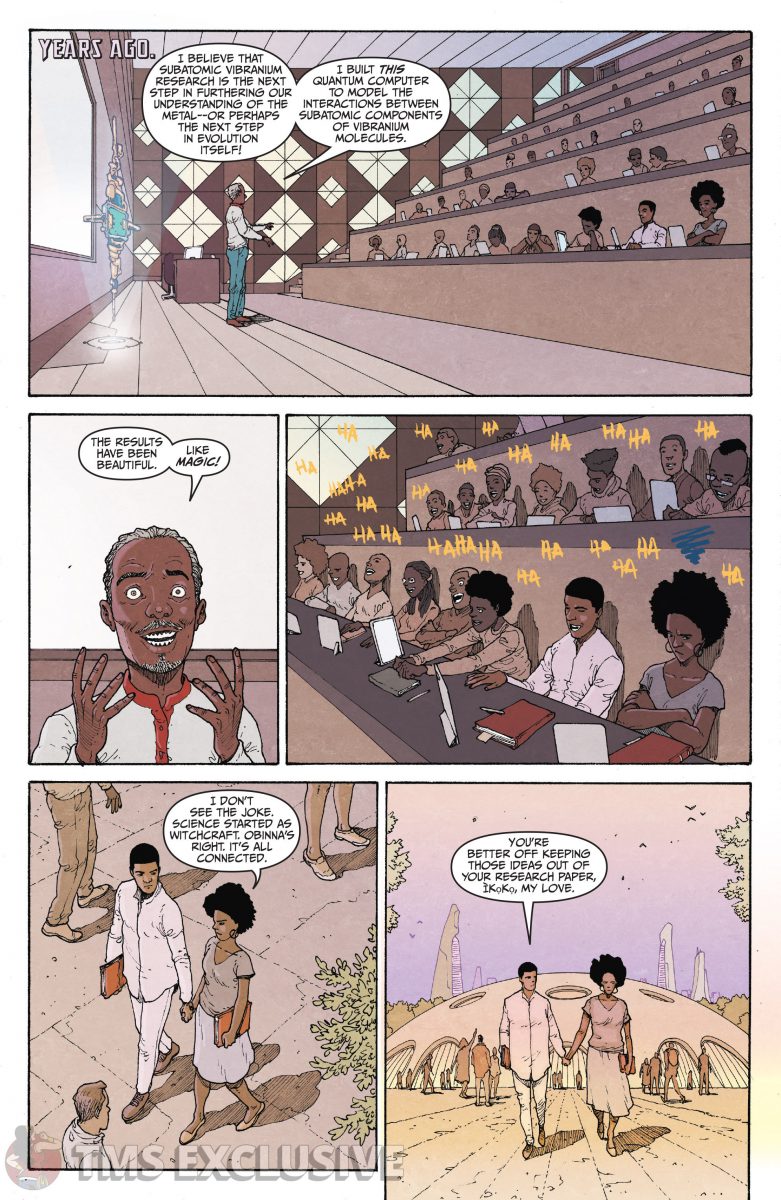 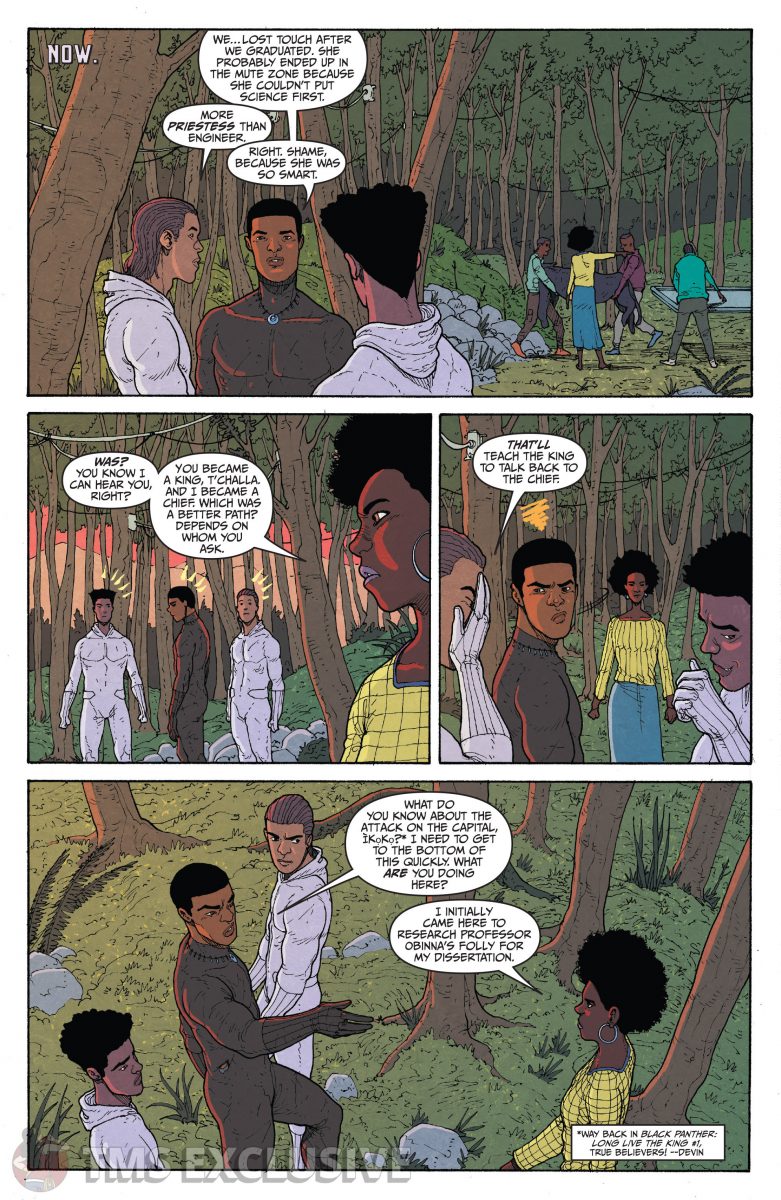 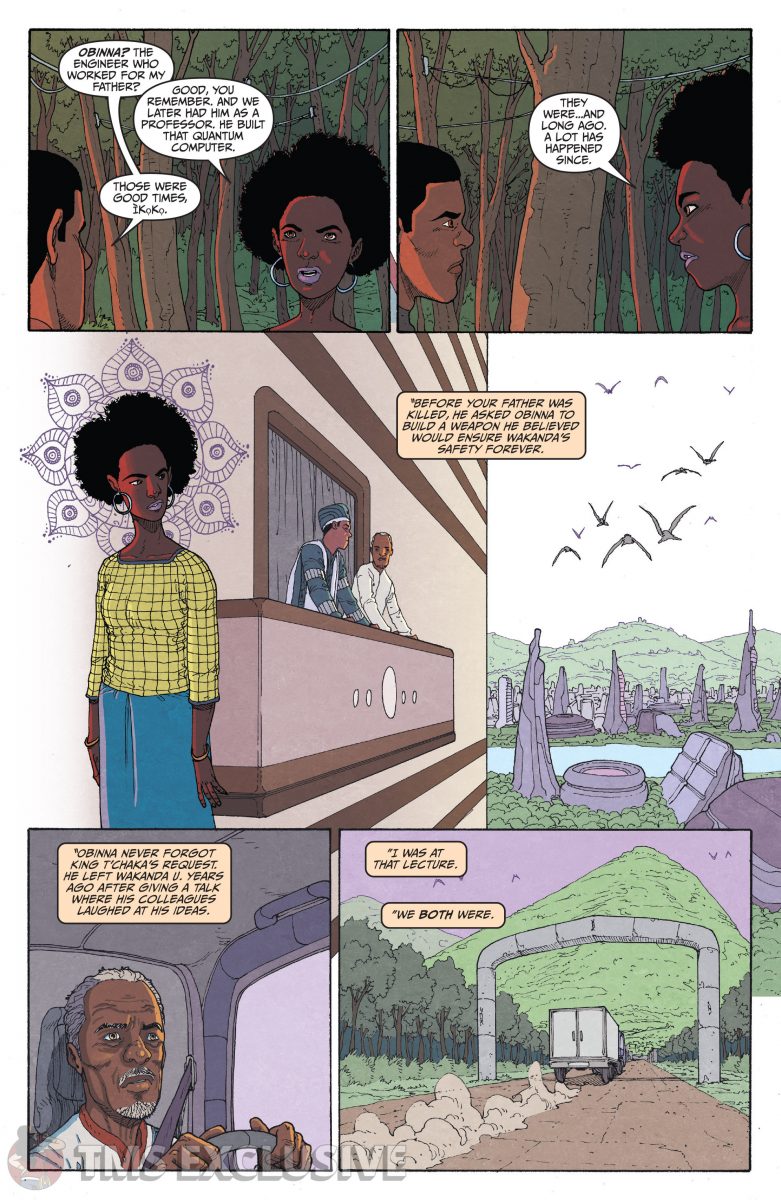 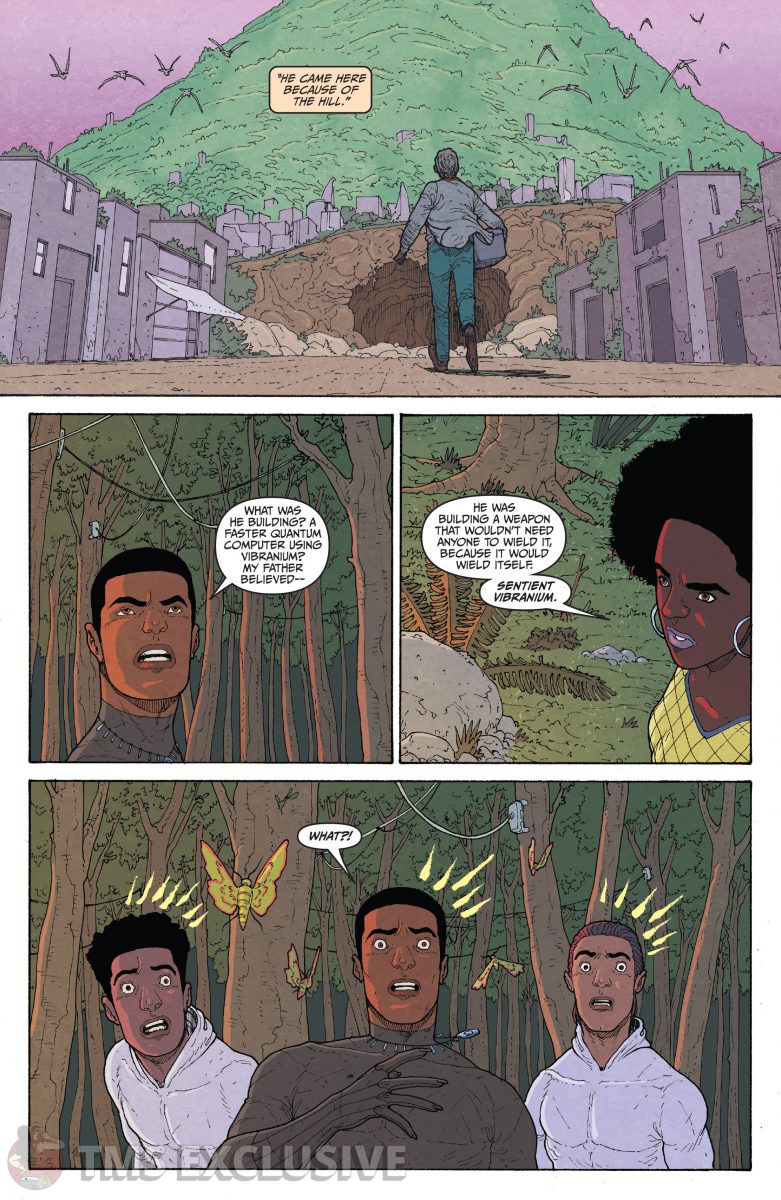 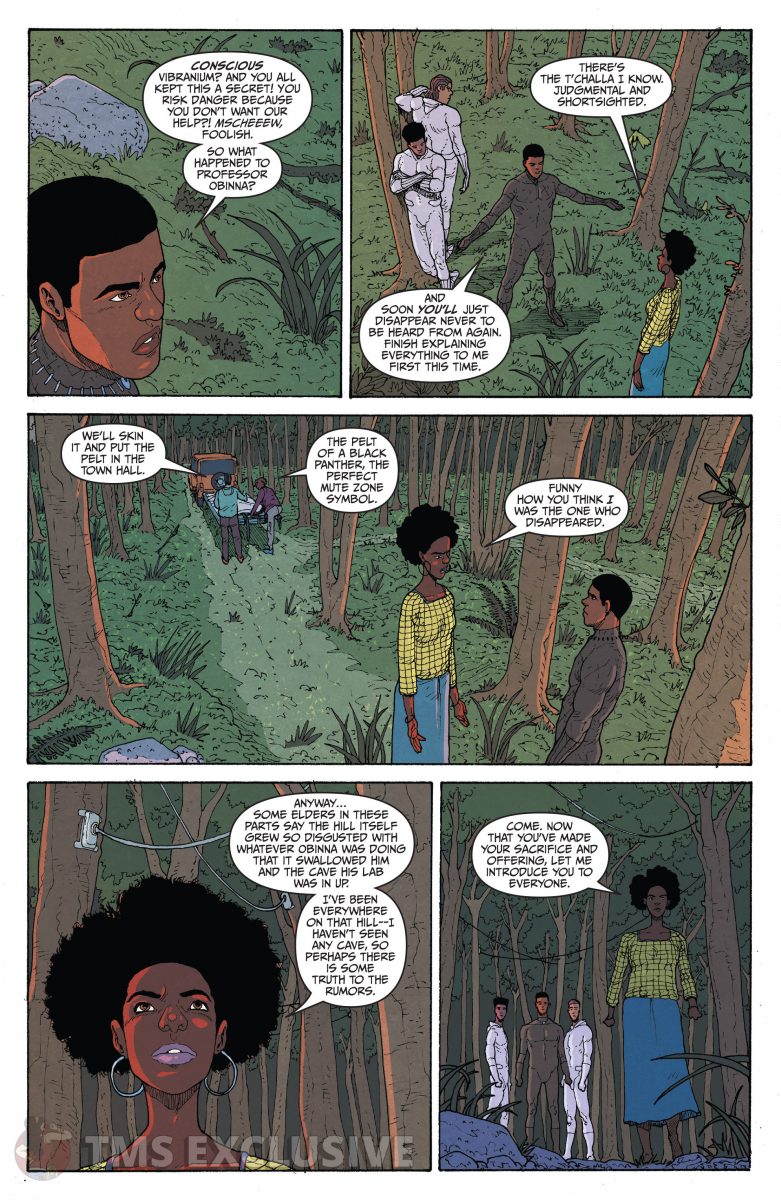 “I had a lot of questions about Wakanda, so I brought the lens deep into it,” says Nnedi Okorafor of the story she’s created. “You’ll see the Black Panther interacting with tech-hacking village kids, vibranium-affected wildlife, and off-grid communities in Wakanda known as ‘mute zones.’ Not only is this a deeply personal story about T’Challa, you’ll also see a side of the African country of Wakanda that no one’s seen before. Oh and there’s a mysterious monster in the countryside causing problems for everyone.”

So, what is in that hill? Find out tomorrow, when Black Panther: Long Live the King #5 drops on ComiXology.