Not to Be Outdone by Zookeepers, Chris Pratt Recreates Raptor Training With Kids in a Hospital 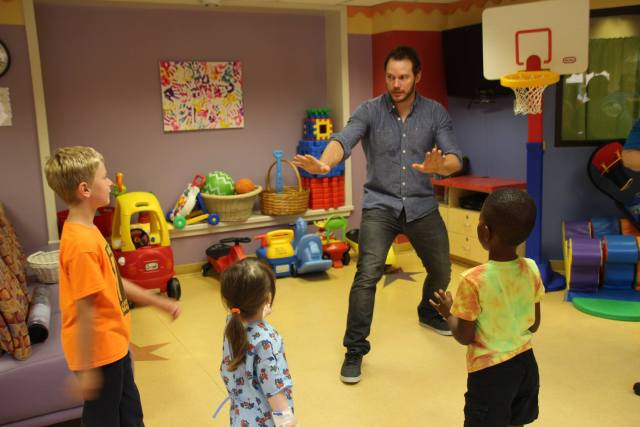 Who does this guy think he is, huh? Some nice, charitable guy or something???

Yes, everyone was going wild over zookeepers taking one of Chris Pratt’s scenes with the raptors in Jurassic World and recreating it with their animals, then he just had to go and one up them.