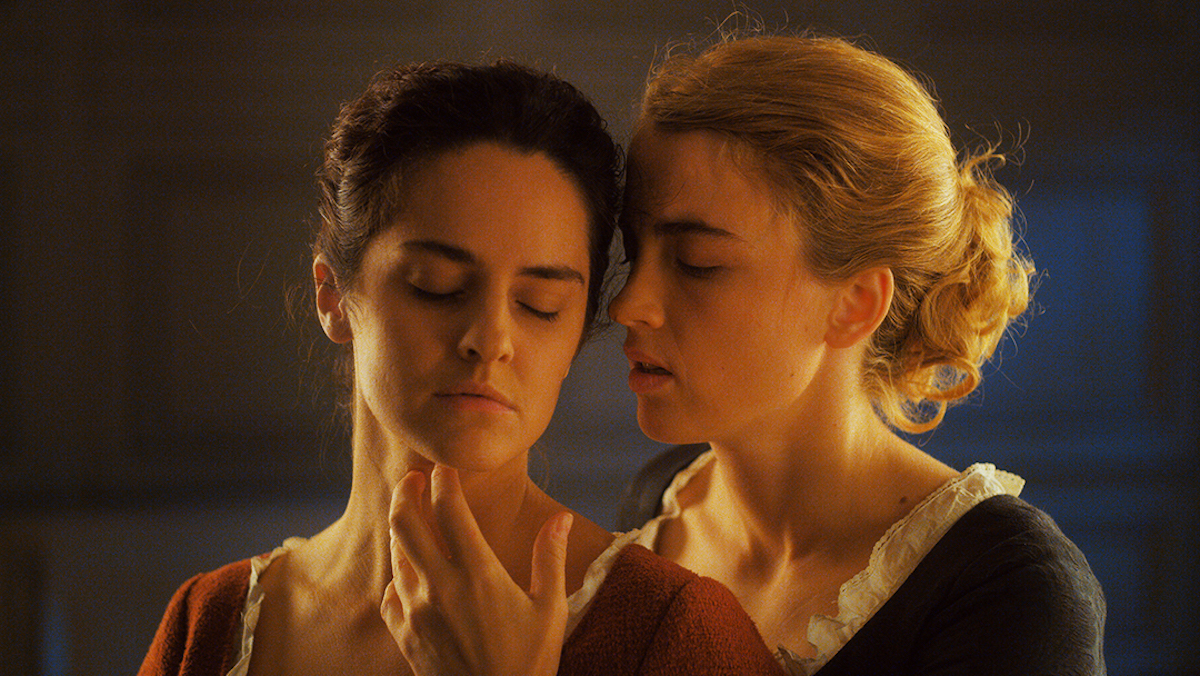 Director Céline Sciamma’s Portrait of a Lady on Fire dazzled at Cannes, and now we’re just days away from the film’s limited US release on December 6, 2019. The movie features “burning desires and flashes of Hitchcock,” according to The Guardian, and it follows the burgeoning relationship between young noblewoman Héloïse (Adèle Haenel) and her hired companion Marianne (Noémie Merlant).

Marianne is in truth an artist and has been secretly engaged by Héloïse’s mother to paint her daughter’s portrait in order to entice a wealthy suitor, but the women grow progressively closer.

Here’s the full plot rundown, as reported by Movieinsider:

Brittany, France, 1760. Marianne, a painter, is commissioned to do the wedding portrait of Héloïse, a young lady who has just left the convent. Héloïse is a reluctant bride to be and Marianne must paint her without her knowing. She observes her by day and secretly paints her at night. Intimacy and attraction grow between the two women as they share Héloïse’s first and last moments of freedom, all whilst Marianne paints the portrait that will end it all.

I’ve been excited for Portrait of a Lady on Fire (or Portrait de la jeune fille en feu) since I first saw the trailer a few months ago, and the well-received debut at Cannes, and generally rapturous reviews (including a 98% rating on Rotten Tomatoes) have heightened my anticipation.

In a review for The Mary Sue, Stefania Sarruba gave the movie 4/5 stars and declares that it might be your favorite queer movie of the year. “A queer love story, filtered through the eyes, hands and bodies of women? That would be a shame to miss,” writes Sarruba. Autostraddle was thrilled by the film and the performances, noting, “I will not reduce actors Noémie Merlant and Adèle Haenel to adjectives. To say they are good or great or brilliant is insufficient […] They are each other’s only audience.”

This lauded presentation of an 18th-century same-sex relationship is fantastic to see; historians are all too willing, even today, to erase evidence of same-sex relationships in the past with an insistence that they were just close, “romantic” friends (or as the Daily Mail might put it, “galpals”), as though LGBTQIA+ people are a modern invention. The media continues to be dismissive of famous women in relationships with other women (see the aforementioned “galpals”)—overt representation in every century is important. Portrait of a Lady on Fire looks set to show how desire can blossom in any era, and its darker edges also suggest we’re in for quite a ride.

Already out in its native France, Portrait of a Lady on Fire will see an extended US release in February 14, 2020 after the New York/LA run in December, and will be released in the UK on February 28, 2020. Here’s the trailer made for its US bow:

More of this, please.