And lo, it was the most holy of all the selfies. 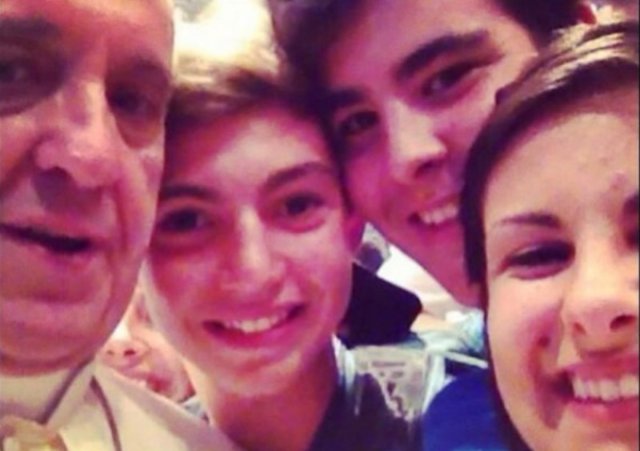 Is it possible for an entire religion to jump the shark? I ask because on Wednesday the Pope posed with some very excited-looking young people (especially in comparison to the Pope) for a selfie that was then posted to Twitter. Yup. That happened.

“Selfie” might be a silly word, but it was just added to the Oxford English Dictionary and now that the Pope is posing for them I think it’s as legitimate a word as it’s going to get. Although… “selfie” was added to the OED at the same time as “twerk” so… how long before a Papal Twerking video?

(Twitter via The Verge, image via Fabio M Ragona)