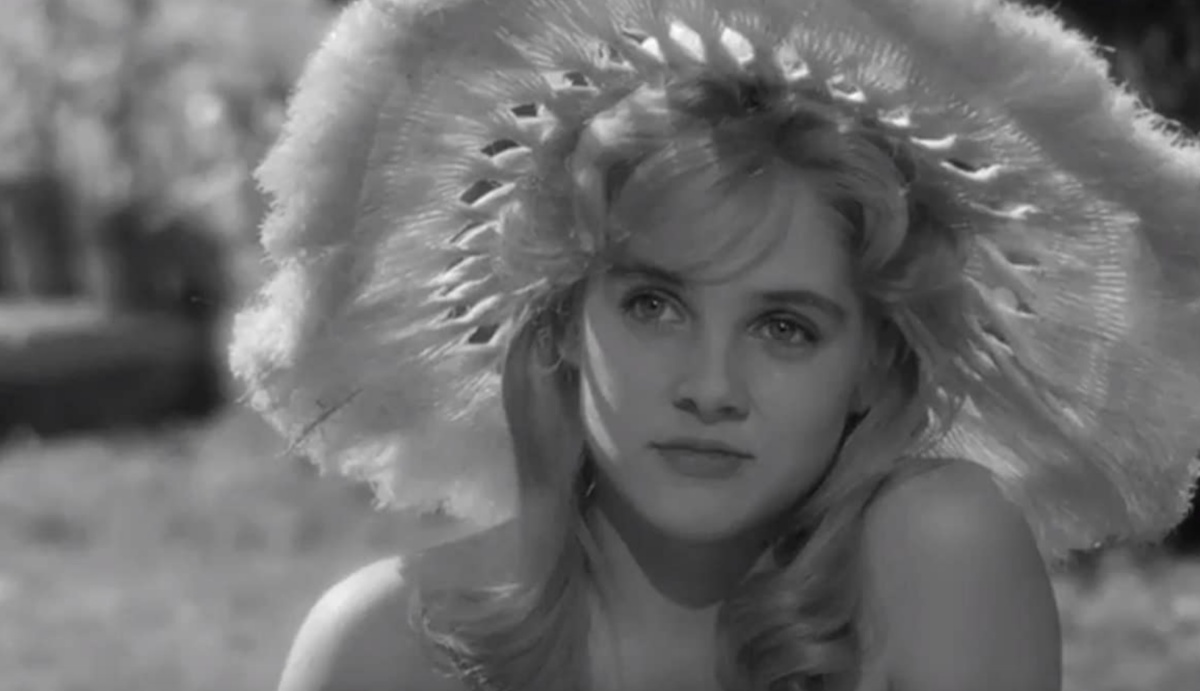 Comedian, writer, podcaster, and Alfred Molina enthusiast Jamie Loftus, best known for co-hosting The Bechdel Cast, has come out with a new podcast, Lolita Podcast, which explores the relationship between Vladimir Nabokov’s novel Lolita and the pop culture response to it. The podcast has two episodes out so far, and just within that it, I was thrown back to my own complicated relationship with Nabokov’s most famous work.

I first came across the book Lolita in passing. As an English student, it was certainly something I’d been aware of it, but its reputation overwhelmed everything about it. When you study “unreliable narrator,” Lolita and its “protagonist,” Humbert Humbert, naturally come up. Yet, until you read it, there is really not a true understanding of the haunting pedophile elements present within.

Before I actually picked up the book, I’d seen both the 1962 version by Stanley Kubrick, which is labeled a “comedy-drama,” and the 1997 version by Adrian Lyne. Neither really fully captures the darkness of the novel because they are so focused on emulating Humbert’s gaze in film form.

For a long time, when I thought about Lolita, what came to mind was the heart-shaped sunglasses on the ’62 movie poster. The copy of the novel features a soft pair of lips that are clearly those of a young woman, not a child. All of these factors work to soften the image of the work, especially when so many heap praise upon the novel for the elegant way it was written—not to mention lolita fashion having a whole separate influence while having a name that connects it to the book.

It doesn’t help when there are films like 1993’s The Crush, which make it seem like a 14-year-old girl can actually be the sexual dominant in a relationship with an older man, or teen dramas that always make it seem like a sign of emotional maturity that an adult is interested in a child, rather than the violation it is. Just look at the coverage of Amy Elizabeth Fisher’s attempted murder trial in the ’90s where she, at 17, was dubbed the “Long Island Lolita” for being in a “relationship” with a man in his 30s who had been statutorily raping her since she was 16.

Young girls trying to figure out their sexuality are demonized and called “fast” when the reality is that they are taught that being abused by older men is okay by a culture that is not invested in saying otherwise.

Despite Nabokov’s intentions and the fact that he was explicit about not wanting Lolita to be portrayed in a tantalizing way, it has been. From the movies to the book covers, the narrative around Lolita always focuses on the beauty of the prose and the narrative manipulation of Humbert, to the point that Dolores Haze, the twelve-year-old girl who is kidnapped, raped, and manipulated by a parental figure, is left in the background of her own trauma.

Lolita Podcast is seeking to put Dolores back into the framework of her own story as a victim of childhood sexual trauma—not to say Lolita has no literary value, but to explore how that value has sometimes worked to undermine the actual red flags the novel is trying to present. If we read the book and find ourselves drawn into Humbert’s bullshit, then maybe there is a problem with how we have been reading Lolita.