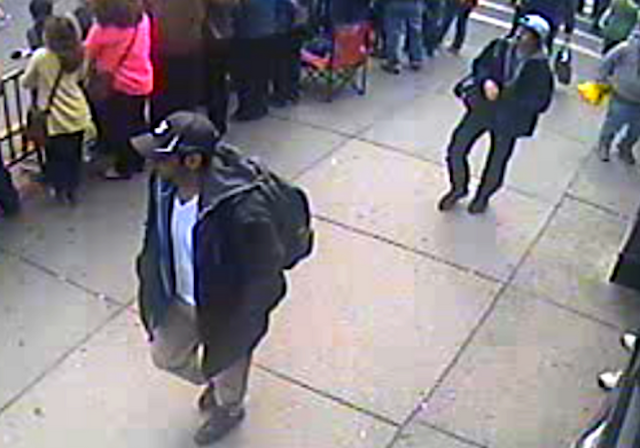 Social media did some things right during the hunt for the Boston Marathon bombing suspects. They also got plenty wrong, misidentifying suspects and throwing around the names of people who ended up having nothing to do with the bombing as suspects. No doubt well-meaning detectives on Reddit and 4chan misidentified the suspects so convincingly, though, that some traditional media outlets — most notably The New York Post — ran with the story. One of the consequences of this amateur detective work was that once they were sure that the Tsarnaev brothers were the men they were looking for, police released the photos in an effort to prevent further misidentifications and confusion.

Trying to short-circuit online vigilantes who were combing through available footage for possible suspects, though, is just part of the reason that law enforcement officials released images of the Tsarnaev brothers faster than they wanted to. According to Boston Police Commissioner Edward David, they also wanted to ensure that traditional media didn’t beat them to the punch with a leaked photo, concerned that such a leak might engender sympathy for the bombers as people on the street wondered if they were just two more misidentified suspects catching a bad break.

While we understand the motives and problems of police here, it’s kind of hard to have it both ways on this one, law enforcement. You can either do things like issue a plea for all available footage from the public, or you can request people stay out of it and let the professionals work — the nature of the Internet makes that an either/or scenario. If you ask for help, you are going to get more help than you need. If you ask people not to help…well, you’re probably still going to get more help than you need, but hey, at least you didn’t ask for it.

However else it is remembered, this bombing will probably go down as the biggest public manhunt for a suspect, but it almost certainly won’t be the last. Here’s hoping the social media community learns to temper their vigilante passions in the future and not put innocent people forward as suspects in heinous crimes because hey, could be them, right?