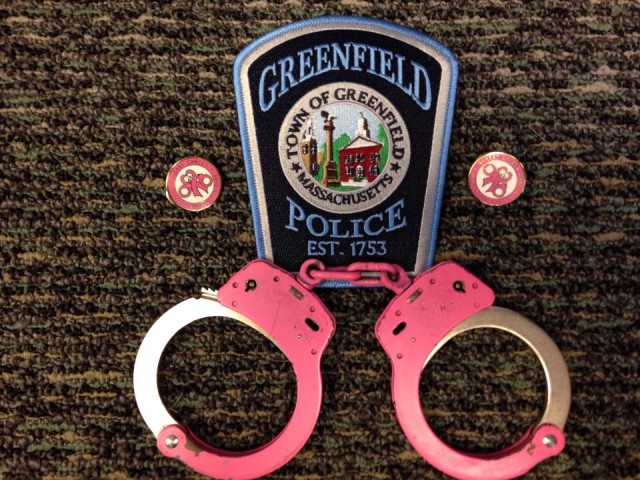 The Greenfield, Massachusetts police department is choosing the downright strangest way to spread breast cancer awareness: pink handcuffs. They took to Facebook to make the announcement, saying that they’ll be outfitting their officers with handcuffs painted pink, in addition to some pins that say “Arrest Breast Cancer.”

The hope, according to them, is that giving these officers such high visibility handcuffs might raise awareness and remind people to set up a regular breast cancer detection plan. But while their hearts might be in the right places—and really, I can see where it’s coming from—perhaps the execution of this idea might not have been the best.

There’s something very strange and off-putting about combining the very symbol of imprisonment and arrest with the symbolic color of breast cancer awareness. Given the current issues surrounding police practices and brutality, the message becomes perhaps just a little tainted. Also, who exactly is supposed to see these handcuffs? Would looking at pink handcuffs during an arrest remind someone that “oh, I should schedule my mammogram?”

Don’t get me wrong. Cancer is awful. Full stop. But putting pink on things isn’t as effective as, oh I don’t know, donating to/funding women’s healthcare. Just going to throw that one out there.