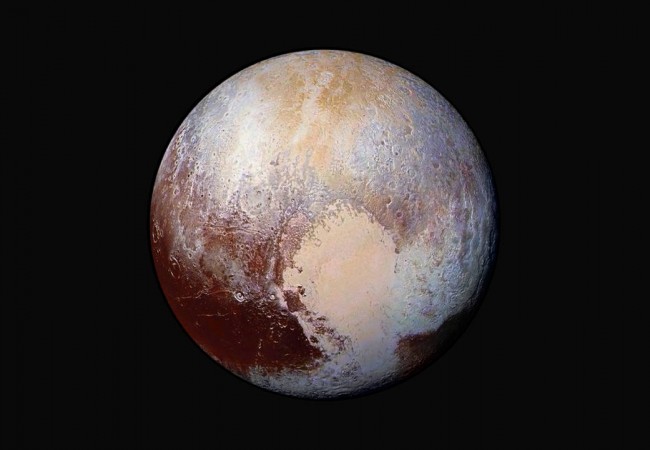 For all the arguing that’s been done over whether Pluto is or is not a planet, we still don’t know a whole lot about it. New Horizons taught us more about the distant dwarf planet when it visited there last summer, and its findings were surprising in that Pluto was a more geologically active place than we’d previously thought, possibly due to its subsurface ocean.

At least, that’s the finding put forth in a new paper published this week in Geophysical Research Letters. While Pluto is just one of several frigid objects in the solar system theorized to have a liquid ocean underneath its surface—including its own moon, Charon—more evidence to support the idea is always welcome, as liquid water is often taken as a signal to search for life. It’s also an example of how planets (and dwarf planets) can function differently from our own but still be active and potentially supportive of life.

In a news release from Brown University, the paper’s lead author and Ph.D. candidate in the school’s Department of Earth, Environmental and Planetary Sciences, Noah Hammond, said, “What New Horizons showed was that there are extensional tectonic features, which indicate that Pluto underwent a period of global expansion. A subsurface ocean that was slowly freezing over would cause this kind of expansion.” He continued, “We don’t see the things on the surface we’d expect if there had been a global contraction. So we conclude that ice II has not formed, and therefore that the ocean hasn’t completely frozen.”

Ice II is, of course, a spell in Final Fantasy that’s stronger than just regular ice—oh, fine, it’s ice that’s colder and has a different structure that makes it denser than regular ice. What? That’s basically the same thing, right?

Anyway, if Pluto doesn’t show signs that all of its water has turned into ice II, it’s fairly possible that there’s still some liquid water sloshing around near its core, and the slow freezing of that ocean is what drives Pluto’s tectonic activity. The researchers admit that one possible alternate explanation is that Pluto’s outer ice shell is too thin for ice II to have formed, and the dwarf planet could still be frozen solid with boring old regular ice, but they’re pretty sure that shell is thick enough and might actually be insulating the innards of the planet like a well-made snow fort.

(via Gizmodo, image via NASA/JHUAPL/SwRI)