Not Defined by Size: Positive Representations of Plus-Size Women in Media My wife Raychel is plus-sized, loves Baltimore and ‘60s music, and has been a racial-justice activist since before we met, so I was a little surprised when I recently found out she’d never seen Hairspray and had no interest in it. When I asked why, she told me it was because, at this point, she’d just learned to assume anything with a fat girl in it was mocking that character.

Like a lot of underrepresented groups, it can be a minefield looking for positive fat representation. Even with representations on the positive end of the spectrum (Tracy from the aforementioned Hairspray, Fat Amy from Pitch Perfect), the characters tend to be defined by their size in a way thinner characters aren’t. Hell, it even pops up in Game of Thrones, a show with a reputation for treating women far worse. Perhaps the ascendant Roose Bolton’s only redeeming feature is his genuine affection for his wife, “Fat” Walda, a woman he married because he was promised her weight in silver as a dowry. So, of course, in the show’s current season, we were treated to the medieval equivalent of “roll her in flour and look for the wet spot” from his sadistic son Ramsay. Not only is mistreatment of women a device to demonstrate that men are evil on his show, it can also just be used to prove that they’re dicks.

What Raychel and I have found ourselves longing for, though, is a character whose size just is, something that’s part of them without being their entire characterization and, indeed, could be considered incidental to it. Because that, in its ideal form, is what representation strives for: portrayals just like that of anybody else.

One of the best things about FX’s series Fargo (and one of the best TV characters of this decade) was its lead, Deputy Molly Solverson, played by the brilliant Allison Tolman. Molly isn’t exactly fat, but she’s definitely bigger than most women on television and certainly more so than the kind of actress typically allowed to play this type of character, a resolute, hypercompetent protagonist, and a lesser show would make someone who looks like her a goofy supporting character. Part of Molly’s representational value is that she could be thin without it affecting the plot, but she isn’t, and that’s a conscious choice. 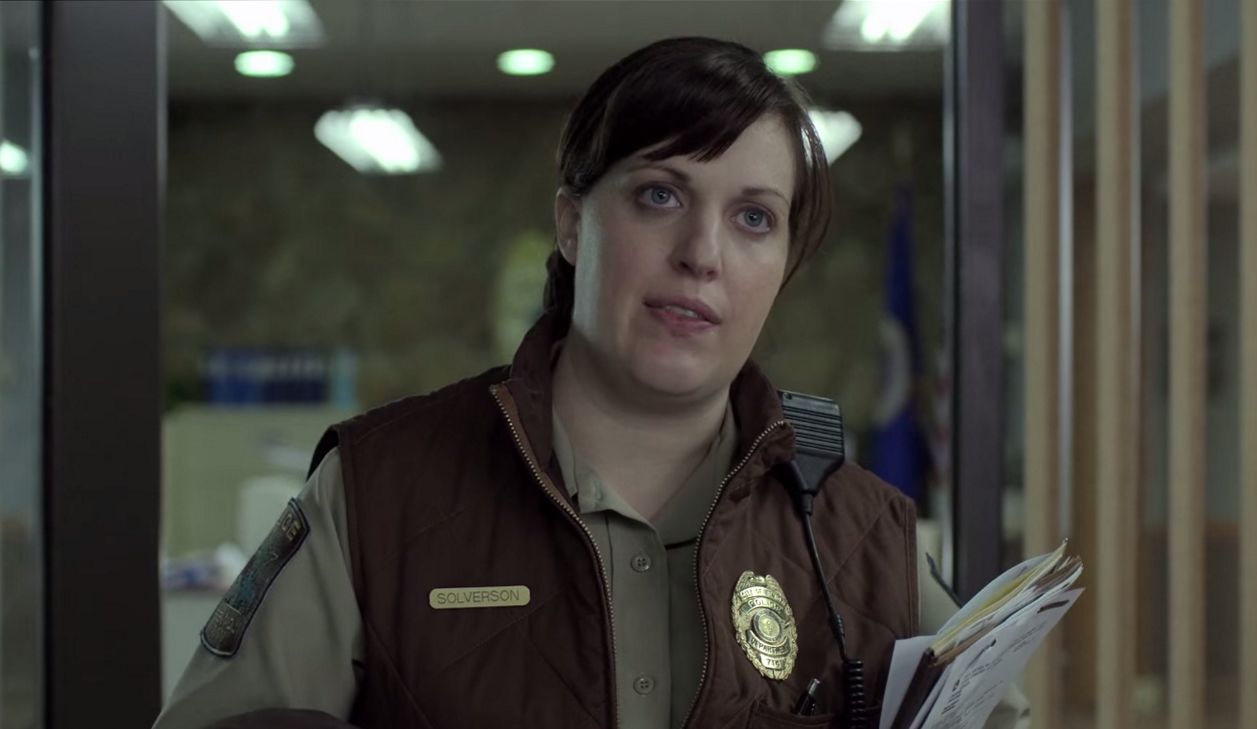 Indeed, Tolman made a similar point last year, smacking down a Twitter troll and telling him obsessing over a female character’s size “furthers the notion that a woman’s most important contribution to the world is her appearance, and that women deemed insufficiently fuckable by societal standards are somehow lacking.” At the same time, however, Tolman noted the value of someone who looks like her playing a role into which a model-thin actress would normally be slotted. “I think that people enjoyed seeing someone where they could be like, ‘Oh I know that woman. That’s my big sister or someone I went to college with or a friend of mine,’” she said. “I think that people found that comforting.”

Melissa McCarthy is both one of the most visible fat women in pop culture today and one of the most talented comedic actors out there period, so it’s a shame how often her roles, even if her size doesn’t come up explicitly, rely heavily on fatty-fall-down humor and jokes whose central premise is the idea of someone who looks like her having sex. Conversely, none of this was present in her breakout role on Gilmore Girls as Sookie St. James, Lorelei Gilmore’s sweet but easily-flustered best friend and business partner. Throughout the show’s run, Sookie’s weight was never mentioned, as far as I can remember, and her loving relationship and eventual marriage was never treated as inherently funny. Rewatching the show, I find myself constantly pre-cringing for the seemingly inevitable jokes about a fat woman being a chef, and when those jokes never actually come, I’m left with all this cringe and no outlet for it (looking up a clip of her on YouTube and reading the comments usually does the trick). 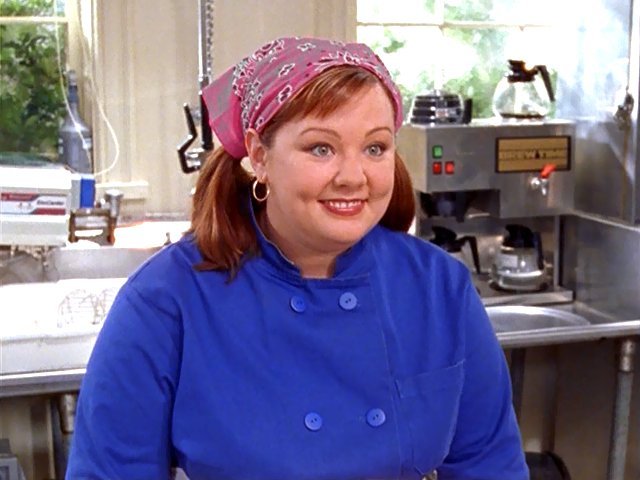 Gabourey Sidibe broke out in 2009 with her Oscar-nominated performance in Precious, a role that not only necessitated her being fat, but necessitated her being a dark-skinned black woman. And indeed, amid all the well-deserved accolades for Sidibe’s soulful, subtle performance were numerous snide comments about how the physical appearance that landed her the role would keep her from getting any more, with everyone from Howard Stern to The Simpsons getting in on the act. Despite this, Sidibe has worked steadily since the film, and last year finally landed a role that was this kind of “incidentally fat” character on the entertainingly ridiculous, hugely popular drama Empire, co-created by her Precious director Lee Daniels.

Sidibe plays Becky, series protagonist Lucius Lyon’s assistant at the titular record company. Becky’s not a major character (yet—Sidibe has been upgraded to the series’ main cast for season 2) but she’s a delight to watch, maintaining a detached, snarky attitude in a melodramatic setting (“You use your inside voice when you’re talking to Becky,” she responds when Lucius snaps at her). On another show, it’d have a lot of unfortunate implications associated with the “sassy black secretary” trope, but on a show with an all-black cast, Becky just comes off as above the theatricality of the show, leaning on the fourth wall to watch the fireworks. 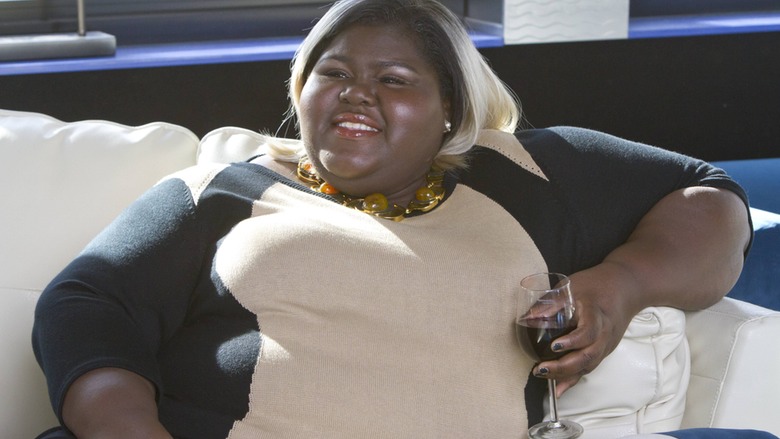 Of course, there’s an argument to be made that presenting incidentally-fat characters this way is irresponsible. As important as representation is, this view goes, part of it is acknowledging the reality of being a part of those groups; is it realistic to depict a plus-sized woman working in a boys-club small town police department or the fiercely looks-focused music industry and never depict her as on the receiving end of taunts or microaggressions? Imagine if Agent Carter, to pick a show far from perfect representation-wise, didn’t have its protagonist encounter sexism. Using this metric, possibly the best of both worlds on TV nowadays is Tasha “Taystee” Jefferson (Danielle Brooks) on Orange is the New Black. Taystee is never shown as bothered by her weight, but being a fat, dark-skinned black woman from a working-class background makes the occasional taunt inevitable, from sources as diverse as her villainous mentor Vee (Lorraine Toussant) to a patronizing white career counselor, who praises her mock-interview outfit for incorporating a more “flattering” dress rather than a suit. Taystee is not the butt of a joke or dissatisfied with who she is, but that doesn’t translate to her living in a world free of fatphobia (and particularly its racist and classist baggage). 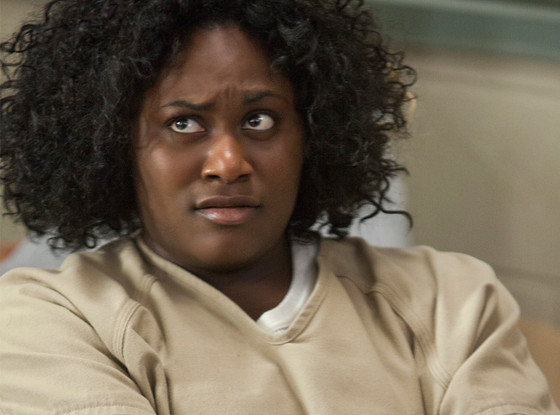 Part of the endgame of representation is telling underrepresented people’s stories in a meaningful way; but another aspect of it is normalizing people we don’t see in stories, to the point that they’re just there like anybody else. These characters are an imperfect, but important, part of realizing that endgame. There’s more work to be done; but then, there always is.