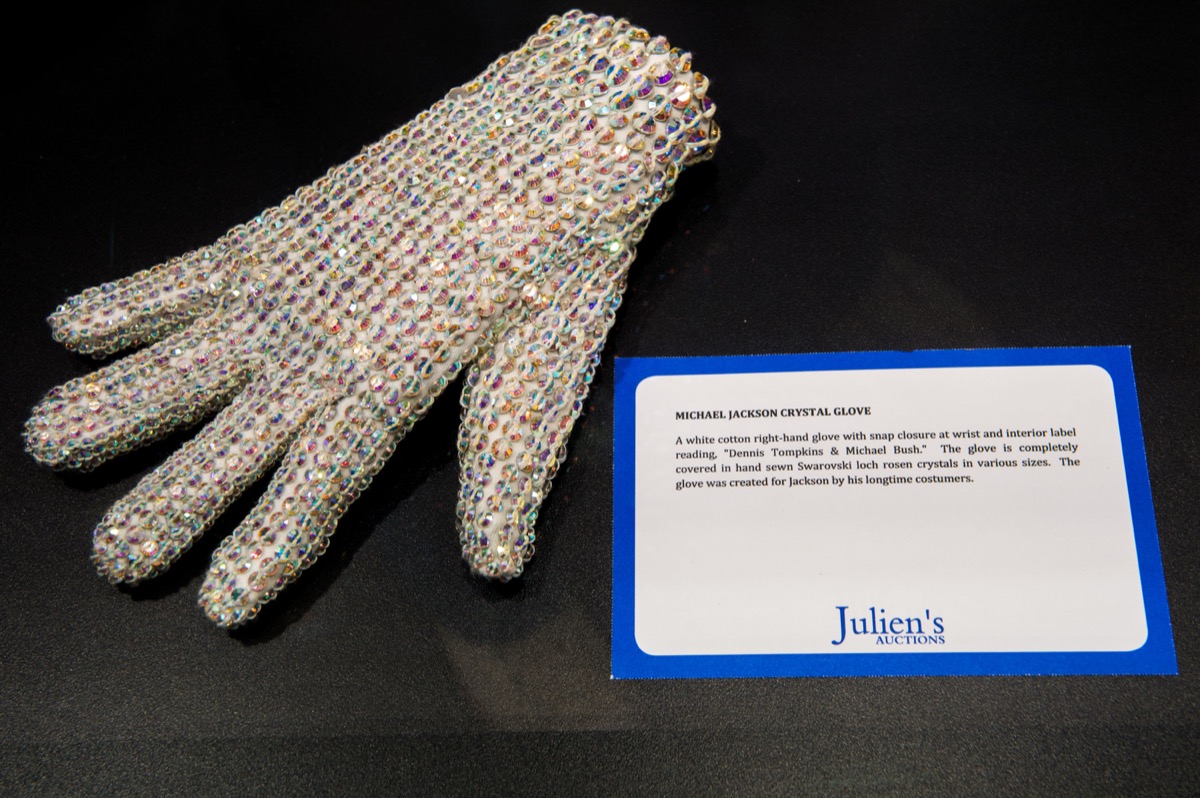 There is a lot about Michael Jackson that is a mess, to say the least, and the fact that much of our society wants to continue to praise the late singer instead of looking at his alleged crimes critically says a lot about our idea of fame and respecting those we think are talented. And then … there’s this Michael Jackson musical.

On top of a movie about the controversial “King of Pop” and a Broadway show, Jackson is also getting a stage play (which they are saying has 20 original songs, so that makes it a musical, but whatever). Or … I guess it’s better to say that his glove is getting its time in the spotlight? According to The Hollywood Reporter, the world of the play For the Love of a Glove attributes the sexual abuse allegations against Jackson to an alien shaped like a glove that gave him the ability to sing (referencing Jackson’s real-life tendency to wear a single bejeweled glove), but only if he fed it the blood of virgin boys …

“It turns out, [the glove] can give people magical musical talent if it drinks their blood and has part of their body inside of it. But it can only feed on virgin boy blood.”

So already, this is a big heaping pile of nope. It’s apparently a look at racism, religious influence, and sexuality (according to THR), but it’s all told through the perspective of puppets and a magical alien glove. You know, I’m willing to take a lot from the world of storytelling—and, particularly, theater—but this is … too much.

Nitzberg’s idea is that, instead of “cancel culture” (a thing that doesn’t exist), we should be in “process culture” that helps us to understand how these controversial figures came to be this way. Yeah, sounds like bullshit to me, as well.

“We should be in ‘process culture,’ where we process how fucked up people are and understand what made them that way. I think there’s a collective trauma of everyone who grew up as a Jackson 5 fan and a Michael fan. This is a way to process that in a fun way while helping people understand all of the really fucked up stuff that affected Michael’s life.”

Oddly, Johnny Depp and his production company, Infinitum Nihil, were initially named as producers by THR, but since then, their story has been updated that there is a dispute over credits, and that Depp’s rep says he and his company are not involved.

Anyway, the only good thing about this is the following joke about the feud over the movie Volcano and Dante’s Peak being released so close together.

I would be lying if I didn’t say a part of me isn’t intrigued, but I’m more the kind of intrigued as to whether or not something smells bad and then you smell it and go, “Yeah, that smells bad. Why did I do this?” so let’s hope this stops before it even begins.