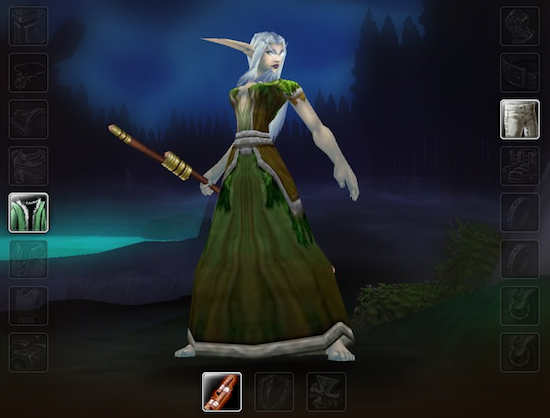 World of Warcraft is fairly well-known for it’s “kill X [thing]” mechanic and slog of a grind at the later levels, but Night Elf Druid Everbloom on the Feathermoon server surpassed that slog and hit the level cap of 85 without making one kill. Though WoW is known for its kill mechanics (kill X thing, endgame raiding, PvP, etc.), Everbloom was able to achieve level 85 without making a kill due to only participating in gathering professions and exploration, accruing experience from archaeology, herbalism and mining.

Everbloom died only 25 times during her (or his?) quest of pacifism, but took 3 million damage throughout. Everbloom claims she chose the Night Elf Druid race and class combination for the healing, flight and rooting (freezing enemies in one place) abilities. Even though she has been playing since 2004, she claims that taking the pacifist route showed her landmarks and parts of the world she has never seen before–maybe something of which Blizzard will take note.

(Everbloom’s profile via The Escapist)