Life-Sized Car Replica Made from 1.5 Tons of Play-Doh | The Mary Sue

Life-Sized Car Replica Made from 1.5 Tons of Play-Doh 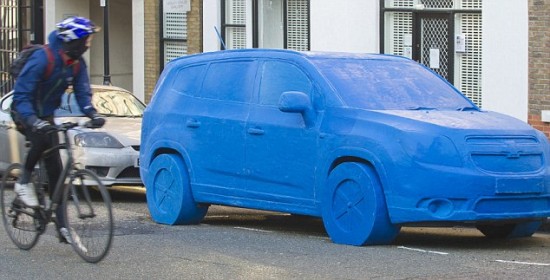 To herald the launch of its new family-geared Chevy Orlando mini-SUV, Chevrolet commissioned a team of eight model makers to build a life-sized replica of the car using 1.5 tons of Play-Doh. The process reportedly took two weeks.

Using 1.5 tons of the children’s putty from 10,000 pots – costing around £6,000 in total – the hand-crafted sculpture was created by a team of eight model makers over a two-week period.

It was created to mark the UK launch of the new Chevrolet Orlando family-friendly seven-seater car – which is on sale from £16,395.

At those prices, you could have nearly three Play-Doh version for the cost of the real thing.