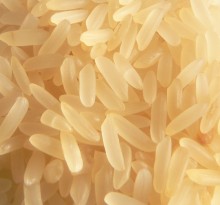 In what is the most diabolical thing I have read today, a report from Very Vietnam alleges that some Chinese food producers are creating synthetic rice out of potatoes, sweet potatoes, and plastic. The “rice” is made by mixing the potato material together, shaping it into grains, and then adding an “industrial resin” as a binding agent. Very Vietnam says that these resins can be very harmful if eaten. Going on to indicate exactly how much plastic is involved, the website says:

A Chinese Restaurant Association official said that eating three bowls of this fake rice would be like eating one plastic bag.

The obvious motivation behind this scheme would be money, since the synthetic “rice” is cheaper to produce. This is just another, albeit somewhat more disquieting, in the long line of tainted or defective products apparently coming out of China. These would include the poisonous drywall, and tainted milk.

If true, this a cruel, calculated maneuver worthy of Orson Well’s character Harry Lime from The Third Man. It’s hard not to think of his famous speech atop the ferris wheel, gesturing at the people below:

Would you really feel any pity if one of those dots stopped moving forever? If I offered you twenty thousand pounds for every dot that stopped, would you really, old man, tell me to keep my money, or would you calculate how many dots you could afford to spare?

(via Very Vietnam, image via Wikipedia)