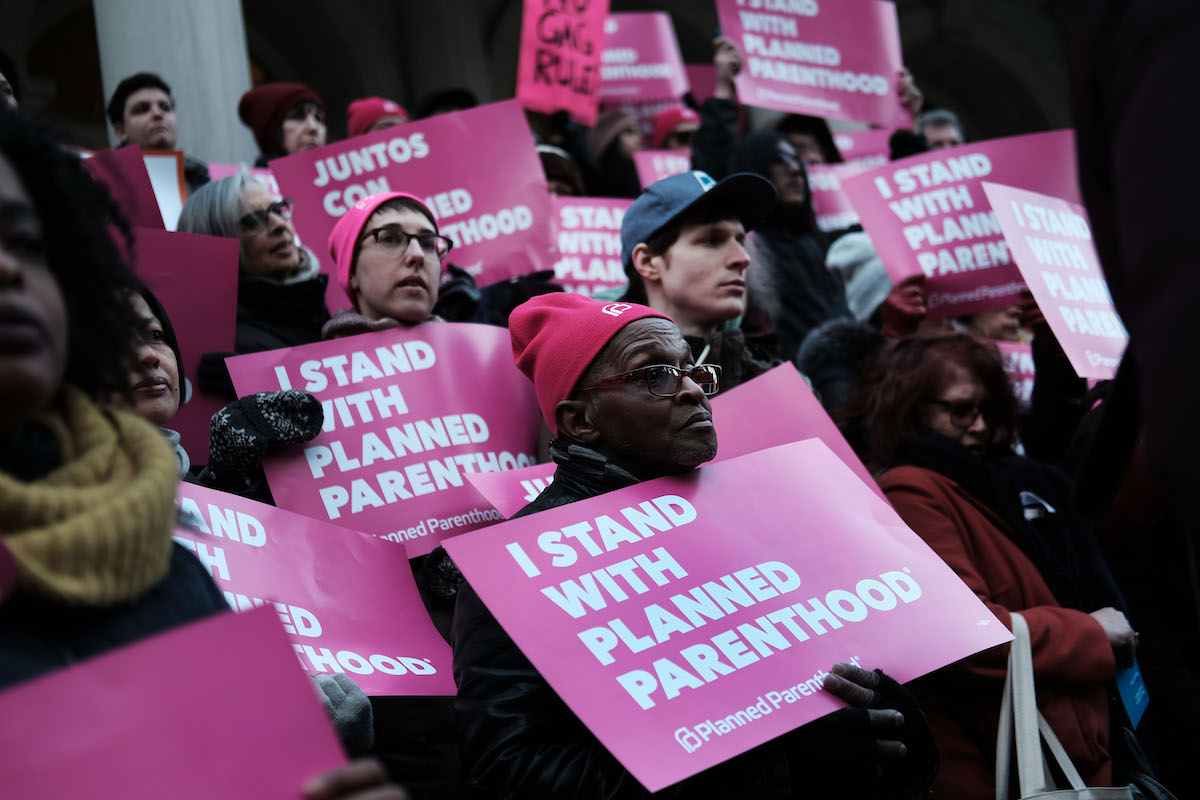 Last week, Planned Parenthood announced that it would withdraw from the nation’s family planning program for low-income people, better known as Title X funding. This was done in response to new Trump administration rules that forbids organizations receiving Title X funds to provide or refer patients for abortion. Rather than kowtow to the Trump administration, Planned Parenthood chose to pull out of the funding program rather than abandon the many women and people with uteruses who go to them for abortion care. Alexis McGill Johnson, Planned Parenthood’s acting president, has spoken about the impact this could potentially have on low-income people specifically.

The Pill Club spoke about the tens of thousands of women with CVS/Caremark pharmacy coverage who could lose much-needed service through Pill Club because CVS is looking to make payment changes to pharmacy coverage through CVS Caremark. In response, other organizations have begun to step up to fill in the role, one of them being Oscar, the private insurance company.

Oscar announced that they are launching a free prescription renewal program, which will make accessing birth control easier. By having a free, 24/7 Doctors on Call service, women are able to renew their prescriptions with a board-certified physician. They performed a national pilot where they reached out to over 1,050 women whose BC prescriptions were about to expire this spring. The results found that they were able to not just help these people, but helped them save as much as $120 to $150 per visitm, as well as removed the hassle of having to go to a doctor.

“As family planning resources face challenges, Oscar is working to make healthcare easier, more affordable and more accessible for all. Increasing access to the critical health services women rely on is a top priority and we are proud to be on the frontlines of this issue. Our prescription renewal service will continue to expand into other drugs as we work to make sure access is never a barrier to quality care.”

In the pilot, 8.3% used Doctor on Call for Rx refill requests compared to 2% in the control group, and 50% of members switched to less expensive generic alternatives. Oscar’s new virtual prescription service will launch in September. That means that Oscar members will have access to free BC prescription renewals through telemedicine. This will hopefully increase access in underserved areas and help make reproductive care more affordable.

It does suck that the responsibility of protecting people’s reproductive health is going to be in that hands of private insurance more than before, but at least places like Oscar have worked to be affordable alternatives. I’ve used them, and so have friends of mine. Plus, you can enjoy the situational irony that one of Oscar’s founders is Josh Kushner, who is, you guessed it, the brother of Jared Kushner and has been an outspoken Democrat and supporter of making all health care affordable.