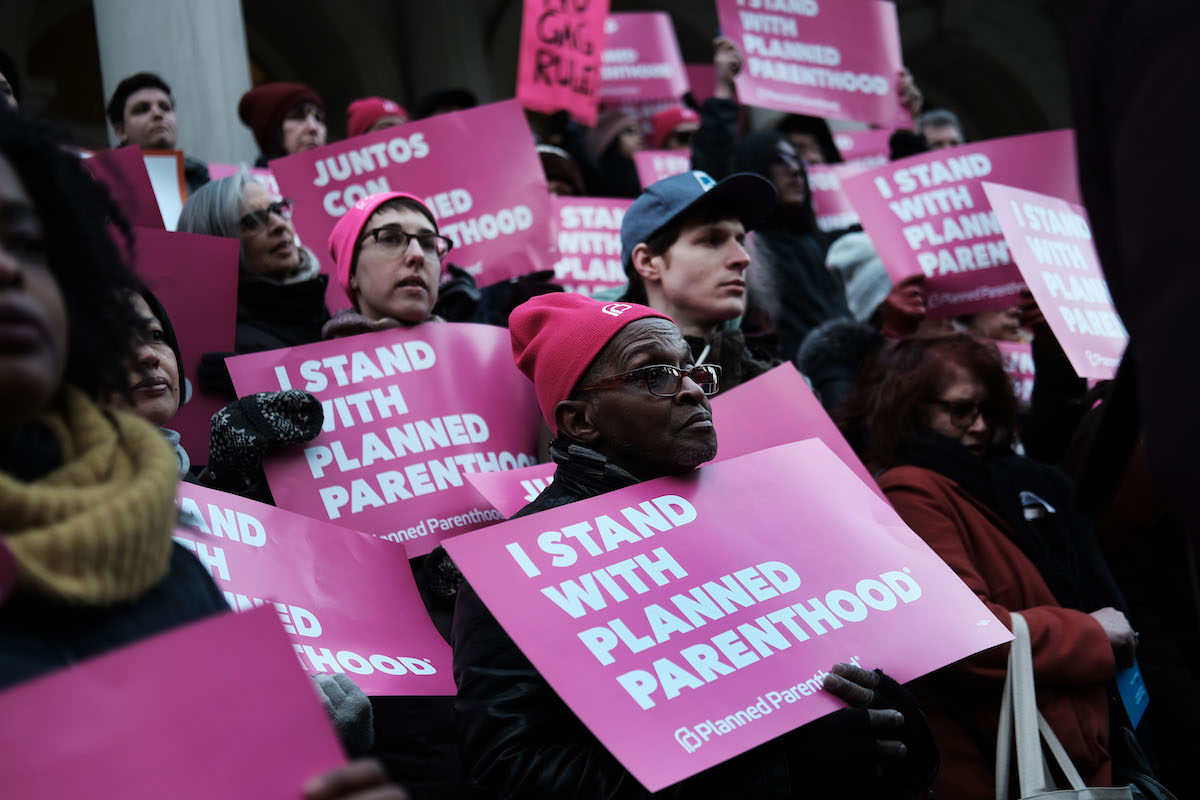 Last year, Cecile Richards stepped down as the president of Planned Parenthood after a decade in that role. Her departure was a sad event for many, but her replacement was exciting. Dr. Leana Wen is an immigrant who came to the U.S. from China as a child and has recalled how her family relied on Planned Parenthood for medical care. As the Health Commissioner of Baltimore, she helped sue the Trump administration over a gag rule—an attempt to silence medical professionals and bar them from providing certain types of advice on abortion.

While Richards came from an activist background, Wen is a medical doctor, and appointing a doctor to this position (the first in 50 years) sent a message that, as hard as the GOP might fight to politicize abortion, it is, at its core, a healthcare issue.

In a video from last September introducing her as the new president, Wen said, “Having a physician as the head of Planned Parenthood, it is a sign that what we are doing is mainstream medical care.”

I just learned that the @PPFA Board ended my employment at a secret meeting. We were engaged in good faith negotiations about my departure based on philosophical differences over the direction and future of Planned Parenthood. My statement to come shortly.

In a statement she released soon after that first tweet, Wen seems to expand on those “philosophical differences,” writing “I believe that the best way to protect abortion care is to be clear that it is not a political issue but a health care one, and that we can expand support for reproductive rights by finding common ground with the large majority of Americans who understand reproductive health care as the fundamental health care that it is.”

My statement stepping down as President/CEO of @PPFA and President of @PPAct. pic.twitter.com/WJ3EBgJIAy

Wen has been a controversial choice for a while now. Back in February, BuzzFeed News reported that two top political officers had left the organization. Both denied their departures were over this shift in focus, but, again according to BuzzFeed, “By the time the group announced its split with Wen on Tuesday, the list of top political staff departures neared the double digits.” Numerous sources reportedly cited “significant management issues” as a major issue in Wen’s presidency.

This is also really discouraging:

UPDATE: Two sources told us that Wen also refused to use “trans-inclusive” language, for example saying “people” instead of “women,” telling staff that she believed talking about transgender issues would “isolate people in the Midwest.” https://t.co/Db2ooboz4o

Planned Parenthood has been working to expand its transgender health care. There is absolutely no room for trans exclusion in reproductive justice.

We don’t know if this departure was contentious, although the “secret meeting” is not the best sign, nor is the fact that the email sent out to PPFA supporters detailing the change included no explanation and only a seemingly curt “We wish Dr. Wen all the best in her next venture” before announcing her replacement.

I’ve been seeing a lot of rightwing trolls being positively gleeful over the “liberal infighting,” which is just ridiculous. If there is a management issue or someone is a major leadership position who’s just a bad fit, shaking things up is not inherently a sign of weakness.

If anything, it’s a sign of how dedicated the organization is to standing its ground and remaining strong in the face of political opposition, especially when that opposition is so aggressive. This week, Trump’s gag rule went into effect, meaning clinics that receive federal funding are prohibited from offering abortion advice or referrals. Abortion is healthcare but whether we like it or not, it’s also a political battlefield.

Ms. McGill Johnson is a renowned social justice leader and a tireless advocate for reproductive rights and access to quality, affordable health care. During her tenure on the Planned Parenthood boards, she expanded the organization’s philanthropic reach to fund critical initiatives to increase access to care and meet the needs of Planned Parenthood’s patients.

Ms. McGill Johnson is the co-founder and former co-director of the Perception Institute, a consortium of researchers, advocates, and strategists who translate cutting edge mind science research on race, gender, ethnic, and other identities into solutions that reduce bias and discrimination, and promote belonging. She currently serves on the boards of Color of Change, Revolutions Per Minute, and Narrative Initiative and is a founder of the Culture Group. Ms. McGill Johnson holds degrees from Princeton and Yale universities and has taught political science at Yale and Wesleyan universities.