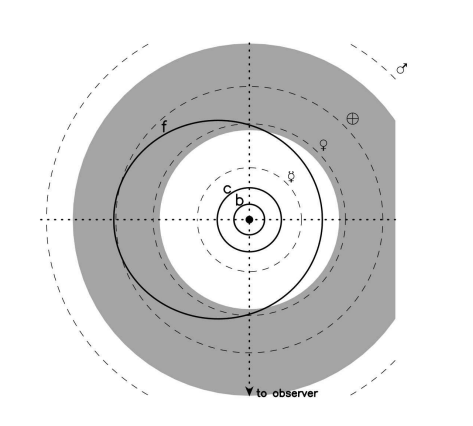 The search for an Earth-like planet (an ExoEarth) with the characteristics necessary to support life has captured the minds and imaginations of scientists and the public alike. Researchers have already discovered several possibles, but a new planet has been discovered that, in addition to being likely to support life, also orbits two distinct stars.

Named 55 Cancri f, the newly discovered planet is one of five that orbits an orange dwarf star and a red dwarf star approximately 40 light years away from Earth, in the constellation Cancer. The research to study the planet was led by Kaspar von Braun from the California Institute of Technology. By measuring the planet’s orbit, the researchers were able to confirm that it is a candidate to support liquid water, the basis for life like ours on any planet.

55 Cancri f is similar to Earth because it has a year-long orbit of the same length, and the conditions necessary for a moderate greenhouse effect, which would support a liquid water cycle. However, the planet is also notably different in that its orbit is more of an elliptical shape, and also because it orbits the two stars.

According to the researchers, this makes 55 Cancri f both a promising and exotic ExoEarth. If it was possible to fire up our imaginations about life on other planets any more, consider it done.