In Out, Pixar’s First “Gay Lead Character” Falls Into a Frustrating Trope 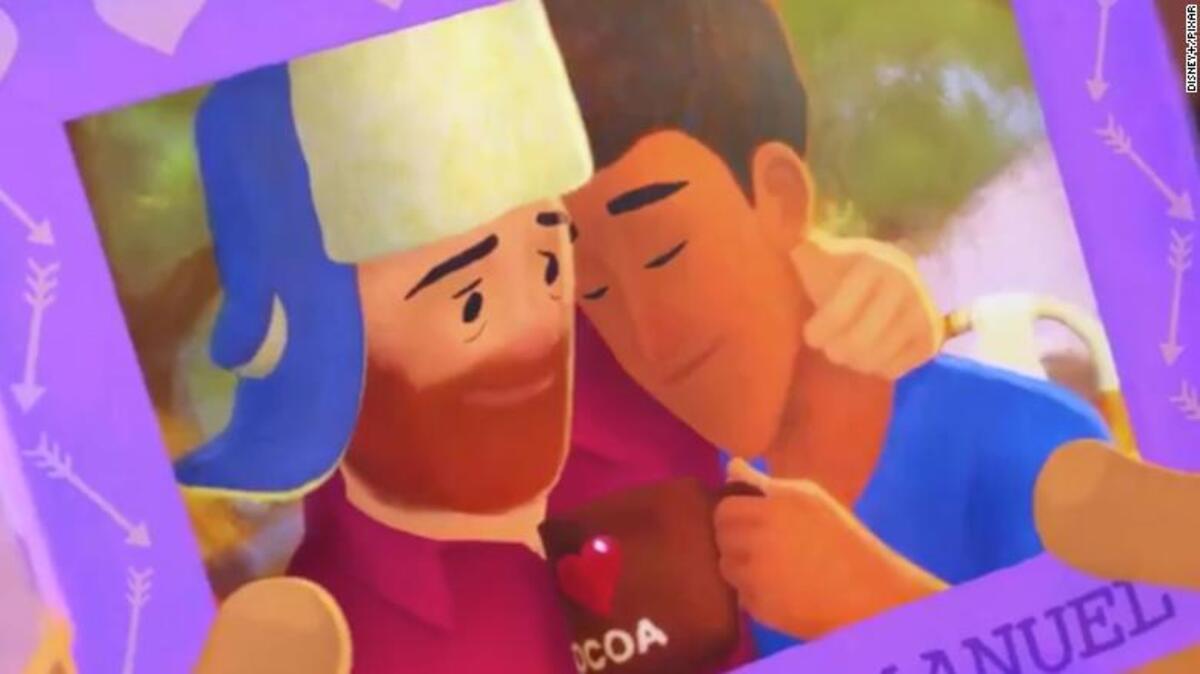 I love animation. I love Pixar and Disney+. I’m also gay, so when I started hearing that Pixar had made a short that featured the studio’s “first gay lead character,” I was excited. It’s about time we got more gay leads in kid’s entertainment. But Out, while sweet, left me a little disappointed.

First off, Out is not for kids, not really. It’s part of the SparkShorts program from Pixar, which is where the studio gives up-and-coming animators and creators the support to make more experimental films. They’re very cool, and they’ve highlighted marginalized communities, but they aren’t necessarily kid-friendly (like Pearl, which is about a ball of yarn that faces sexism—I had to quickly turn off when I attempted to watch it with a kiddo. My bad). I really like the SparkShorts, but they aren’t the same as other Pixar shorts, and they aren’t going to be shown in theaters.

Out is about a man, Greg, who just moved and is afraid of coming out to his parents, much to his boyfriend Manuel’s disappointment. A coming out story is a sweet, if kinda played out, basis for a short and I could get past that, but Out also falls into an extremely unfortunate animated film trope of making a character from a marginalized group not human for most of their movie. Yes, Pixar’s first lead gay character gets the good ol’ Princess and the Frog treatment. SIGH.

Greg, though some kind of queer magic (literally magic), switches places with his dog Jim and spends most of the short trying to keep his mom from finding a romantic picture of him and Manuel. He barks, he pees on the floor (such dignity for our first queer lead) and eventually bites her. It’s a metaphor of course about how staying in the closet only hurts those we love and ourselves, and it’s as a dog that he ultimately hears his mom say she loves him no matter what, and that she pretty much already knows he’s gay.

Now, I really am happy that Pixar is (finally) starting to expand representation with a gay character, but I can’t believe that we’re adding yet another “minority isn’t a normal human for most of the story” entry. We got this in Brother Bear, we dealt with it in Princess and the Frog as noted. It was a problem for the first Latina Princess, Elena of Avalor, who spent an entire series (Sofia the First) trapped in a white princess’s magic amulet. Pixar hasn’t been immune either; for most of Brave, the second female character was a bear, and whenever Soul comes out, their first Black lead will be a blue blob for most of the movie.

Expansion of representation often comes incrementally, which is extremely frustrating. That argument goes that “the general public” needs to somehow be inoculated against their own prejudices by little bits of diversity here and there. So we get minor characters, and when we do get main characters, they often aren’t shown as human. And maybe that strategy will ultimately work … but it still sends the message that people don’t want us as we are. When you make these characters not human, part of the message is that the audience doesn’t want to see us as human, and that’s hurtful and disheartening.

Out on its own is a sweet and creatively animated little short, but I wish that queer magic would grant our wish and give us some real representation in human form, for kids, on a big screen, soon.