Pixar Films: Secretly Including Messages About the Future of Humanity? 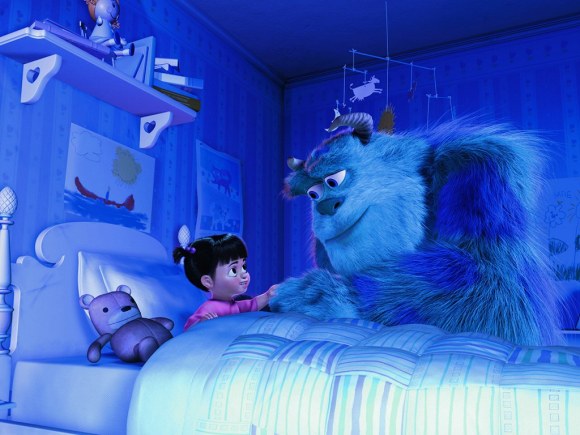 Kyle Munkittrick at Discover has an amazing essay on what Disney’s Pixar movies have taught us what it really means to be human — without being an actual human person. And not just that, but also what this means for how humans will react with other entities in the future, such as technology. The way Disney and Pixar have accomplished this is by creating entire worlds without humans as the main focus, or even present. As a result, we might be learning that it’s a bad idea to underestimate the intelligence of animals, robots, and even other humans.

Besides Disney being so successful at telling good stories that appeal to adults and children alike, their writers have also been stealthily inserting messages about humanity, all while telling stories that are not even about humans. But therein lies the question: What makes someone or something really human?

Munkittrick cites the origins of Pixar stories in The Lion King:

The Lion King stands out in that the universe is animal only. There is no trash on the Serengeti, no airplanes flying over, no animals in hats or walking unnaturally on hind legs. You can’t even date when the story takes place, because there are no human references from which to calculate an approximation. Save for the fact that Zazu knows “I’ve Got a Lovely Bunch of Coconuts,” there is no evidence that the characters within The Lion King even know humans exist.

But all those animals display the same emotions we do: love, anger, grief, a sense of family and pride. I know, because they are anthropomorphized creatures in a Disney movie, but hear me out for a moment.

Now that we’ve been introduced to a world without humans, now humans can be introduced. All of Pixar’s films take place in the regular, human world. Earth. However, both the non-human creatures and the humans that are featured as main characters are misfits, non-conformists. Like Linguini in Ratatouille, but also Ratatouille himself, who is shunned by his rat family for wanting to be a chef. The important thing to remember about Pixar movies is that the non-humans are just as intelligent and sentient as the humans are. (And not because of magic.) Everyone is evenly matched, everyone is feeling the same range of emotions. (If they’re not, they are probably the antagonist.) And while the odd couples might not get along at first, it’s their mission to learn to respect what each has to offer and realize that they’re not so different after all. Their needs are the same, and they just want to work together.

Victory in the battle for the rights and respect from both groups will come from an act of exemplary personhood and humaneness by those who dare to break ranks with their kind. Thus, the Human as Partner story arc ends with the capitulation of those who refused to recognize the personhood of the non-human and a huge reward coming to those who accepted the non-humans as fellow persons. In Monsters Inc. Mike and Sully discover that laughter yields far more energy than screams. In Ratatouille Anton Ego has an epiphany and gives one of my favorite speeches of all time in response to a Proustian flashback he experiences after eating Remy’s cooking. In WALL•E none less than the human race is saved from the brink of self-induced-extinction. In short, the benefits for humanity are tremendous in every case where non-human persons are treated with respect.

And this all leads to the battle for “the rights of personhood.”

The message hidden inside Pixar’s magnificent films is this: humanity does not have a monopoly on personhood. In whatever form non- or super-human intelligence takes, it will need brave souls on both sides to defend what is right. If we can live up to this burden, humanity and the world we live in will be better for it.

The entire essay is definitely worth a read, and you may never watch a Pixar film the same way again. Certainly, we got sentimental after watching Toy Story, which was a wonderful nostalgia trip back to childhood. But now, we can consider looking forward, to a future of WALL-Es and Dugs, and maybe even the Incredibles. And then underestimate them at our own risk!