Meet the Fierce Cast of Pirates of the Caribbean: Dead Men Tell No Tales in Pretty New Posters 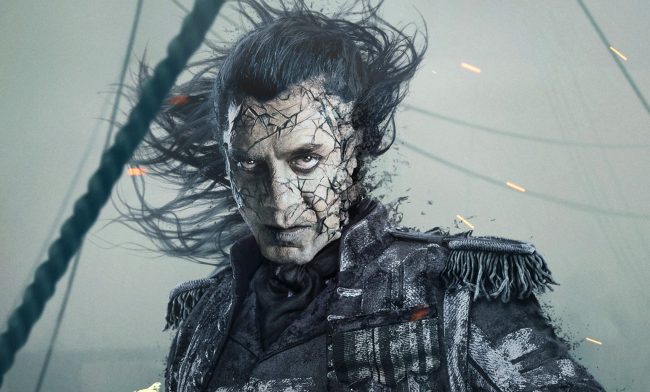 I have four photos in my hand and they represent the stunning cast of Disney’s Pirates of the Caribbean: Dead Man Tell No Tales.

The swashbucking adventure centers on Captain Jack Sparrow, who is once again down on his luck, and finds himself being chased by a crew of deadly ghost sailors led by an old enemy. In order to survive, he’ll have to find the legendary Trident of Poseidon. That’s when he enlists the help of a brilliant woman astronomer and a headstrong member of the British navy.

Directed by Joachim Rønning and Espen Sandberg, the film features a script from Jeff Nathanson and a score by Geoff Zanelli (who also worked on On Stranger Tides). It stars Javier Bardem, Brenton Thwaites, Kaya Scodelario, Kevin McNally and Geoffrey Rush reprising his role as Captain Hector Barbossa. Orlando Bloom has also been confirmed to return as Will Turner who, if you’ll remember from At World’s End, has taken over as the cursed captain of the Flying Dutchman.

With the film due out soon, we hope you enjoy these spiffy new character posters courtesy of Entertainment Weekly. 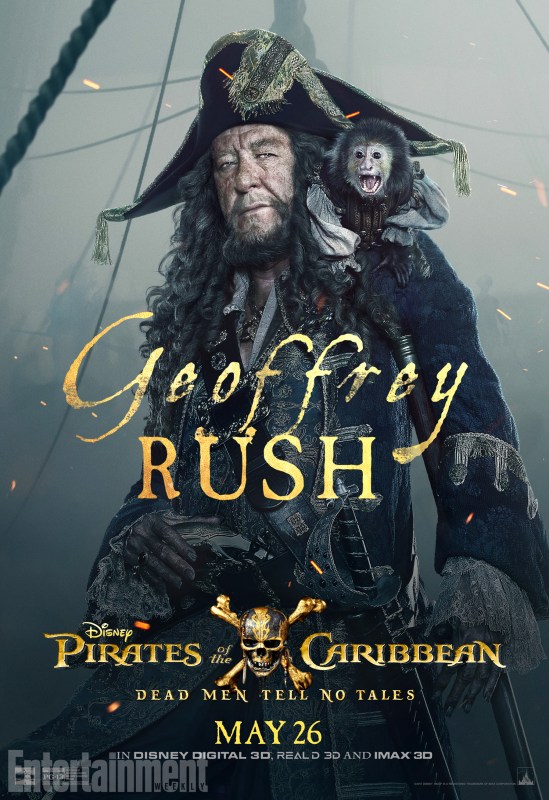 Captain Barbossa, pictured here with Jack the Monkey, is the apple loving, one-legged captain of the Queen Anne’s Revenge. We first met him in Curse of the Black Pearl as Sparrow’s rival, but they become allies later on in the franchise. 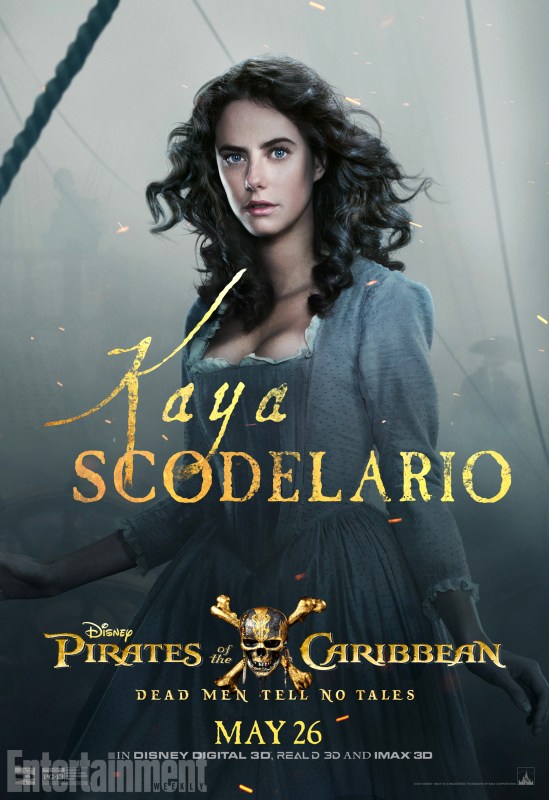 Carina Smyth is the feisty young astronomy tasked with helping Jack Sparrow. “She is an academic … she’s fighting for the right to study at university because women couldn’t at that time. So she’s on her own journey–looking for the trident of Poseidon—and she has a diary with clues,” Scodelario said of her character. 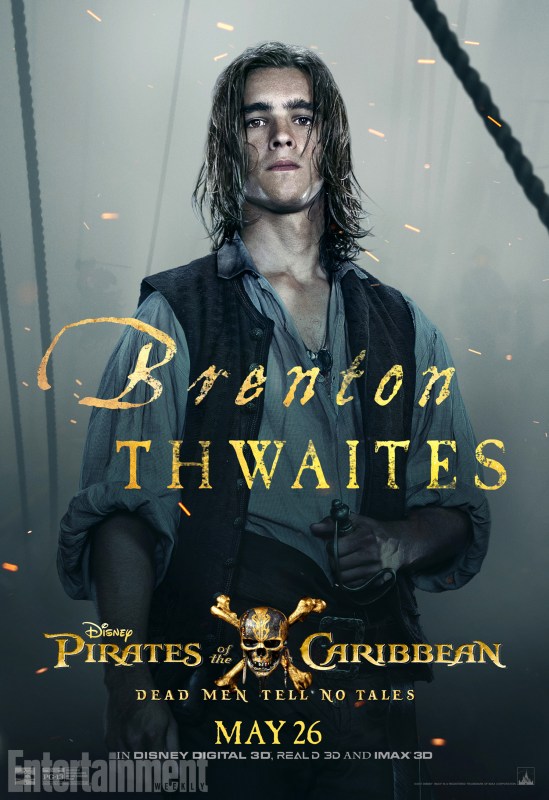 Henry Turner has been described as a young man just trying to reconnect with his dad but can’t thanks to a pesky curse. Any guesses as to who his parents are? Anyone? 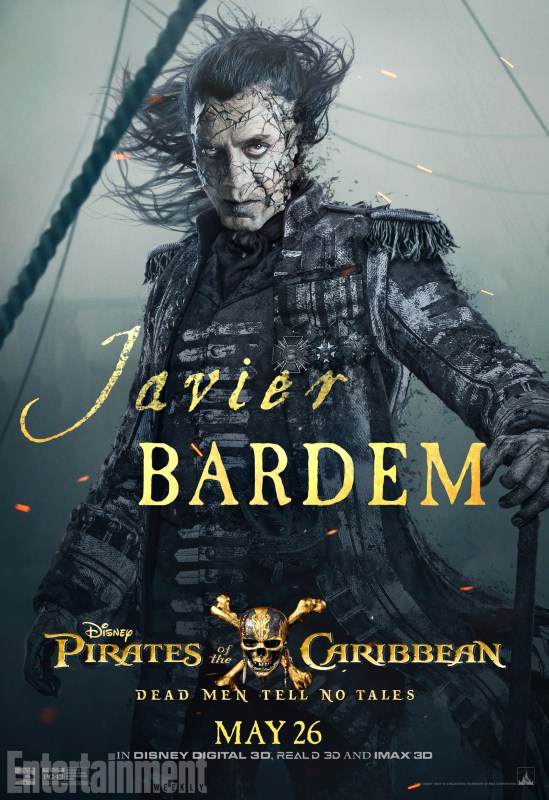 Armando Salazar (or as I like to call him, Armie with the good hair) is a powerful and ghostly pirate hunter hailing from the Spanish Navy. He escapes from the Devil’s Triangle with a grudge against Jack Sparrow. Some call him a villain but I like to refer to him as doing the Lord’s work. Bless.

Pirates of the Caribbean: Dead Men Tell No Tales heads to theaters on May 26.

DisneyJavier BardemPirates of the Caribbean: Dead Men Tell No Tales