Alleged Pink Fans Upset Over Her Pro-Choice Views. Have They Heard Her Albums? 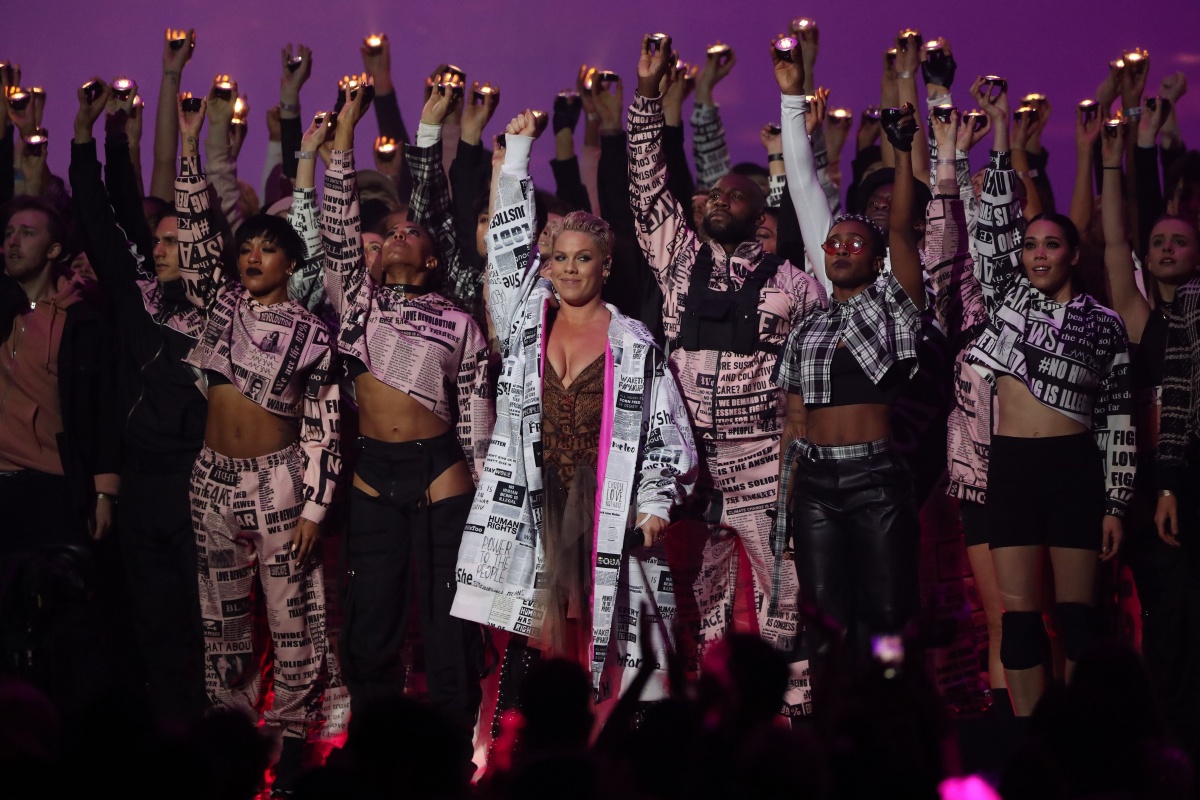 Singer Pink has become one of the many public figures to come forward to address the new wave of abortion bans in states across the country, along with people like Jameela Jamil, Milla Jovovich, Alyssa Milano, Busy Philipps, and Chris Evans. Some of her fans seem surprised by this, but … how?

Pink took to Instagram to post a picture of all the male Alabama senators who passed what has been called the most intense anti-choice bill, which doesn’t allow any exceptions in which abortion is legal, including those involving rape and incest, unless a pregnant woman’s life is at risk. Pink captioned the photo, “Welcome to the real-life Handmaid’s Tale!”

Her husband, Carey Hart, commented underneath the post, “Why are these men making laws on behalf of women? Just sad.”

Of course, the comment that got all the attention can be viewed as soon as you click on the image of one commenter, saying, “I have a uterus so can I have an opinion? I’ve had four babies, my first was out of wedlock and a surprise, had just broken up with the father after a couple years of being together, had the baby and am now married to him with four kids total and happy as fuck…. and I think abortion after six weeks is evil. This is so ridiculous acting like all women are in favor of killing babies in the womb. WE ARE NOT A MONOLITH.”

Pink did push back, saying that the key thing is that this particular woman had the choice. The person responded saying, “I love you but I disagree on this. I did have a choice … I was going to work two jobs to support that kid if the father wasn’t interested. I did get lucky but I was prepared for the worst. I made the decision to risk getting pregnant and I will deal with that like an adult.”

Okay, that’s great, but once again, the issue of choice and the fact that this woman is entitled to her own has been a case of “missing the point eloquently.” Plus, as someone who has actively been a Pink (P!nk) fan since “Can’t Take Me Home,” I have to say, I’m amused that fans of her work and music would really be so shocked that she would make these comments. But there you go looking pitiful.

Still, what’s important about this post is one thing: women are not a monolith, and while we do call out the men who pass these bills, we must also be aware that there are women, like this commenter, The View co-host Meghan McCain, and Alabama Governor Kay Ivey who signed the bill, who do support these anti-choice bills and view abortion as evil and murder.

If you believe that life begins at conception, if you believe that all life is sacred and that you want fewer abortions in the world, then I hope you support things like universal health care so that women can get birth control, especially long-lasting effective ones like IUDs, for free. You shouldn’t be spreading “welfare queen” ideology, but instead work to get things like universal Pre-K passed. You should then want effective sex-education where teenagers can learn how to have safe, healthy sex where they know that pulling out is not an effective method of birth control. You don’t stigmatize single mothers, but instead promote universal childcare.

In addition to making a fetus a tax write-off, you should also make it so that paternity tests are free, and that women can start collecting child support from six weeks. I’m sure that’ll go over great.

For the women who believe in the sanctity of life, I hope you believe in prison reform, abolishing the death penalty, and combating climate change—things that affect people who have already been born. You have the right to personally believe whatever you want, but other women who do not share your belief should not have to bow to your mentality. The reality is that allowing women to have choice does not harm any woman. Taking that right away does harm, and since WE ARE NOT A MONOLITH, it shouldn’t be hard to understand that allowing your opinions to affect the safety of women across the country is evil.