I think I can see Thanos! 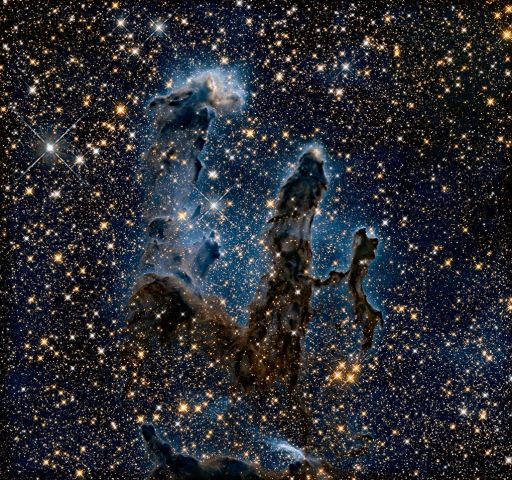 2015 marks the 25th anniversary of the Hubble Space Telescope, and to kick off a year’s worth of commemorative celebrations, an updated image of the “Pillars of Creation” first captured in a now-iconic 1995 photo (see below) was presented at an American Astronomical Society meeting earlier this week.

Originally photographed by Hubble’s Wide Field Planetary Camera 2 in 1995, the The Pillars of Creation are gaseous clouds found approximately 6,500 light-years away from Earth, in a region of the Eagle Nebula. According to NASA, “stars are being born deep inside the pillars, which are made of cold hydrogen gas laced with dust.” 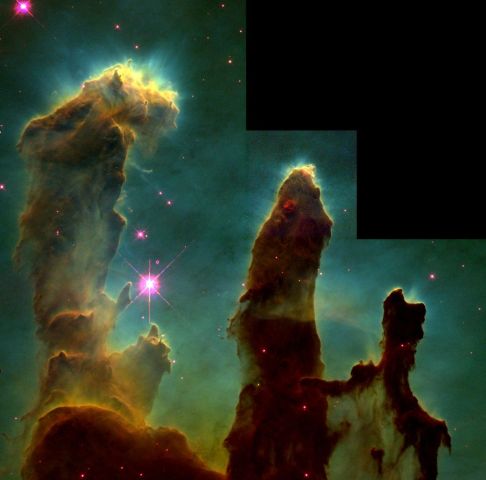 The updated image captures the pillars in near-infrared light as well as visible light, using Hubble’s Wide Field Camera 3 (installed on the telescope in 2009 during the last servicing mission).

In addition to being larger and more detailed than the original shot, the new image also reveals significant changes to the pillars’ appearance which have taken place in the relatively short span of 20 years. Paul Scowen of Arizona State University in Tempe helped capture the 1995 image, and says Hubble’s new findings demonstrate “how transitory these structures are. They are actively being ablated away before our very eyes.”

The Pillars of Creation update is also more colorful than its predecessor, with oxygen, sulfur, and hydrogen represented using blue, orange, and green, respectively. 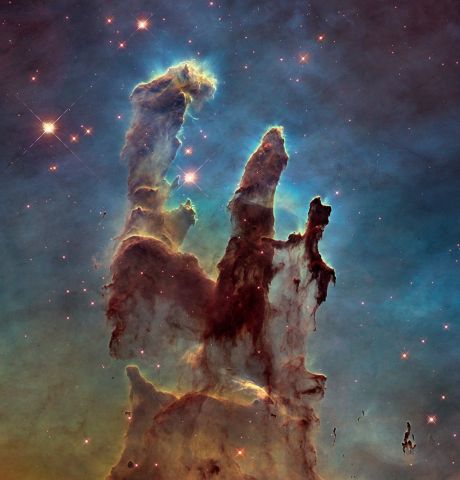 It certainly is! Pretty, and also a little intimidating–the HubbleSite even suggests amending the name to “pillars of destruction.”

(via The Verge and UniverseToday, images via Hubblesite)