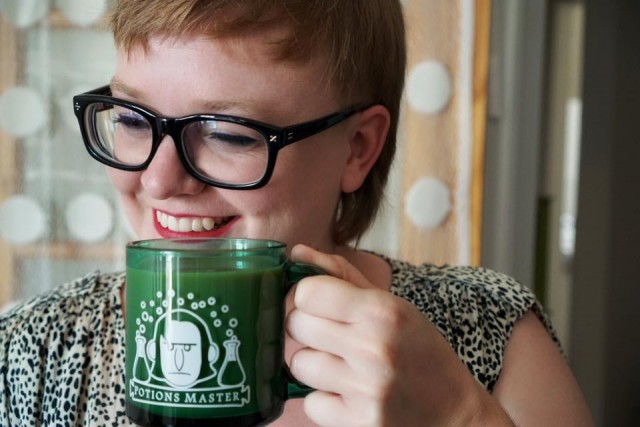 Natalie Walschots is a witch.

And like Hermione Granger before her, this Canadian pop-culture writer and videogames scholar is a studious witch, working on her PhD while boldly standing against hordes of Death Eaters, or as you probably know them, Gamergaters.

Walschots studies gaming from a feminist perspective at Montreal’s Concordia University. By natural extension, her research tends to focus on the depressingly unstoppable force that is Gamergate.

“I honestly don’t know how it’s possible to do any other work,” she says.

​​“Games scholarship right now has the spectre of Gamergate hanging over it at all times; they don’t like games journalists or academics, and so if you’re going to write about, analyze and work at all theoretically about games, you’re doing so in … this cultural context.”

But the problem with studying Gamergate is you can’t actually talk about Gamergate. As many women in the gaming world can attest, it can be nigh-impossible to write the word “Gamergate” on the Internet without inviting a vicious flood of organized hate into your life.

The backlash is so powerful and predictable that organizers of the Canadian Games Studies Association this month asked attendees not to use the word in their any of their tweets about the event.

“This made me so incredibly sad and angry that this was something that needed to be said, and instilled as an actual policy. That there was no way we could just be left alone to DO OUR WORK and discuss a cultural phenomenon without potentially unleashing a torrent of abuse,” Walschots says.

“Saying #gamergate online has basically become analogous to standing in front of an Internet Mirror and saying ‘Candyman’ at midnight.”

It reminded her of J.K. Rowling’s Harry Potter, where wizards refer to the Dark Lord Voldemort as “He Who Must Not Be Named,” for fear of attracting his attention and fueling his power. Thus, the hashtag #Deatheaters was born.

“Death Eaters are also bigots in the HP universe, working to keep muggles and mudbloods out of the wizarding world. It seemed terribly appropriate all around.”

For a little while, it was the perfect workaround. Attendees were able to tweet their observations about Gamergate without bringing the Death Eaters’ wrath down upon them.

“Then, in the closing moments of the very last session, someone put out a tweet that used The Word. It was up for less than ten minutes and was a momentary, honest mistake,” Walschots says. When she woke up the next morning, she had “hundreds of mentions and there were thousands and thousands of tweets in the tag.”

It didn’t take them long to learn about Walschot’s PhD, and the ‘gaters did what ‘gaters do best — they gathered in dark corners of Reddit and began to organize.

“There have been calls to attend future conference panels that I am presenting on, to contact the dean of graduate studies at Concordia in an attempt to get me expelled, to buy up all the domain names associated with my name and handle to ruin my SEO for future employers,” she says. 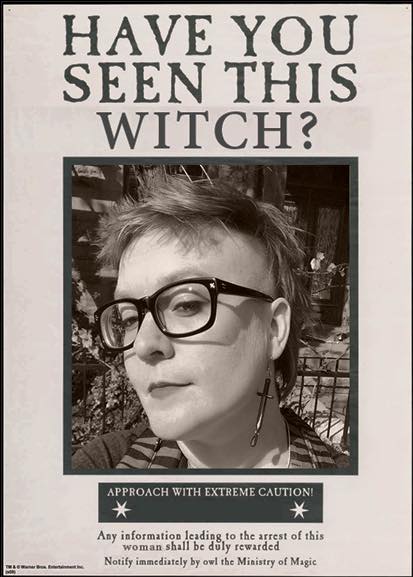 But if Gamergate is Voldemort and its supporters are Death Eaters — many have proudly taken up the mantle in GG forums — then Walschots is, indeed, a witch. And witches, as they say, get shit done.

“I flatly refuse to let this scare me away and engaging actually helps me handle it,” Walschots, who often engages her haters with grace and good humour, says. She takes her cue from feminist writer Lindy West, perhaps the Internet’s most famous troll–wrangler.

“Engaging seems to help them see me as a human being instead of a symbol or cartoon of a human, and it’s harder to lash out at an actual person,” she says. “Plus, I’m generally pretty hard to rattle, and have a genuinely incredible support system around me.”

Sheena Goodyear is a Toronto-based reporter and witch who works for Sun Media. You can find her on Twitter as @SheenaGoodyear or Tumblr as TheSkortingLife. Her familiar is a formerly diabetic housecat with one working ear, but her patronus is a mighty lion.