Lost to Time: Gaming’s Forgotten Petz Subculture and the Women Who Shaped It Do you remember Night Trap? It was a nineties Sega CD FMV game in which vampire-esque creatures (unmistakably dudes in black clothes — it was a simpler time) loped around a house murdering teenage girls. Night Trap was considered exceedingly violent. Despite its hilarious B movie aesthetic, it was deemed so problematic that the federal government got involved, inciting one of gaming’s biggest controversies. Eventually, Night Trap would contribute to the creation of the ESRB rating system. Here’s something truly surprising, though — Night Trap would also directly inspire the development of a virtual pet PC game – a game that would catalyze the creation of a huge web community, a thriving video game subculture populated mostly by women. 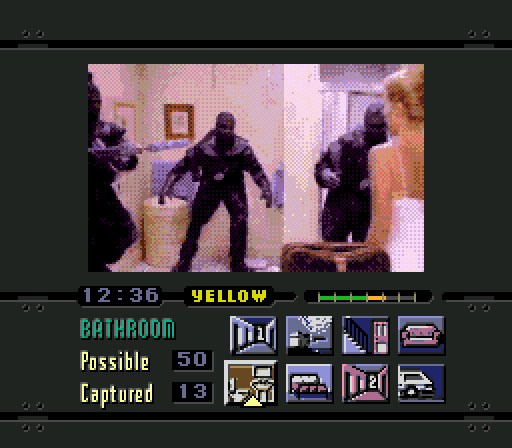 Faced with the fallout from Night Trap’s controversy, designer Rob Fulop, according to Tristan Donovan, set out to create the “cutest,” least offensive game he could muster. After co-founding the independent development company P.F. Magic, Fulop and his team invented virtual pets with irresistible muppet eyes — Petz — in 1995. If that name sounds familiar, you might know it as Ubisoft’s Petz series. With titles like Petz: Fantasy Sunshine Magic and Petz: Pony Beauty Pageant, they are often (understandably) the butt of many a joke amongst video game enthusiasts. Ubisoft bought the right to use the “Petz” name, but these games bear no resemblance to Fulop’s creation, which is largely forgotten by the mainstream gaming industry.

The premise is simple enough – think about any pets simulator you might be familiar with, like Nintendogs. Petz let you adopt from a variety of real life breeds — Great Dane, Labrador, Calico, Persian — each with their own distinctive personality. Apart from general breed personality traits, dogz and catz also had distinct quirks unique to the individual, meaning each pet you owned felt different, and more importantly, real. Rob Fulop was kind enough to speak with me for The Mary Sue:

The response to the game was notably different [than] other games I had done in the degree [of intensity] of involvement — people really felt like their virtual pet was “real” — it wasn’t a “make believe” puppy — it was a real puppy who happened to live on their computer screen. And it actually WAS ‘real’ — we modeled the inner workings of the Petz on a short list of constantly re-occurring needs – hunger – attention – sleep.

The AI was surprisingly complex for the time, and even today could keep pace with some games in the current generation. “Petz met all the criteria for a living thing. So people responded to them accordingly,” Fulop added. He told the story of an e-mail he received from a fan:

About a year ago I was contacted by a woman, 23, who had actively kept her virtual dog for 15 years and was unwilling to upgrade operating systems because Windows XP did not support the original version of [Dogz] that she had since she was eight years old.

Such devotion to little cartoon petz would plant the seeds for the intensely loyal community that sprang up around it, a community that would foster female website designers and modders.

Petz 3 was released in 1998, when the internet was truly starting to take off. The game shipped with website building tools, and P.F. Magic hosted a community hub on their official website complete with classified ads, pet adoptions, and seasonal downloadable content. Yet this was just the start. Fulop noted, “We published the original Petz games in the dawn of the consumer Internet – so there was no way we could have expected the type of community building that sprung up from the game.” 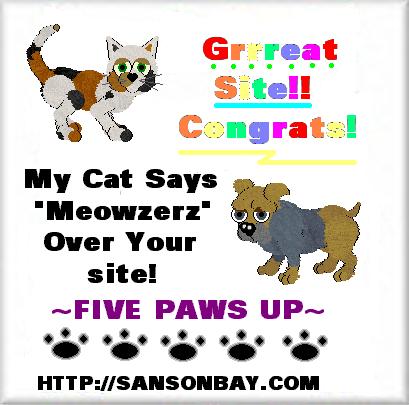 Petz fans began to make the game their own, building their own websites, resplendent in comic sans and unending chains of webrings. Sites would exchange awards for their artistic appeal or creativity. They would eventually become petz adorned works of art, beautifully hewn within the limits of HTML frames, splash pages, and graphics slicing. 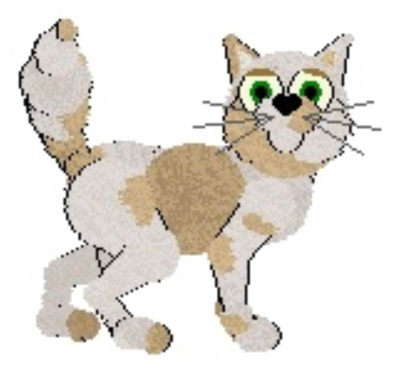 Fans began to reach beyond the bounds of their own websites to participate in community activities, taking pictures of their petz and submitting them to be judged by formal “kennel clubs.” Sites like the Petz Kennel Club, or PKC, mimicked real life kennel clubs and held the most prestigious shows, rewarding points for poses that followed a strict set of guidelines for each breed. Dramatically bevelled Paint Shop Pro awards were then doled out and proudly displayed on personal Petz websites.

Perhaps the community’s biggest asset, though, was hacking and modding breeds. In the early days, people meticulously edited breed files in notepad without any visual aid. They would edit the petz’ hexadecimal codes, altering anything from body shape to coloring to fur textures. People would then put their “hexies” up for adoption. Those who became truly talented in modding breeds became something of a sensation in the community. Folks who wanted petz from these people would have to fill out an application to adopt a premium hexed pet. One fan, Sarah Sorensen, who went on to become a web and graphic designer said, “I really think the program itself encouraged you to expand your play outside of the game — it created so many opportunities for experimentation.”

One site, Petz Auctions, acted as a means of building friendly competition while allowing people to bid on hexed petz that were hard to find. Alena Watson, who still runs her Petz adoption site, Moonflower, remembers:

It was such a thrill to stalk, snipe and win auctions, especially when they were from well-known hexers, and the sense of pride when your own petz sold was enormous. There were so many times that I’d set my alarm at odd times of the night, so I could get up, hide under the covers with my laptop and bid as an auction ended.

Examples of some of the more creative hexed breeds.

Nowadays there’s third party software that allows for easier editing, but the community is still quite prolific. Watson said, “we’re doing things we never could have dreamed of fifteen years ago; I’ve seen jaw-dropping hexes of creatures such as aliens (from the movie Alien), Toothless the Dragon, and countless fantasy and wild animals, when once upon a time, we were pleased with an original breed cat we’d managed to change the colour of… We’ve come a long way!”

Petz became a hive for internet activity, and women were running the show. Many women thanked Petz for introducing them to HTML, graphic design, and coding. One woman I spoke to, Rebecca Cottrell, explained why she credits Petz with her current career:

Petz definitely got me into web design. I learned HTML by making tons of websites about the game. It got me to feel more comfortable with tinkering – I mucked around with a hex editor to create different colour variations. It most likely influenced my decision to study graphic design some years later, and I’m now an interaction designer.

Sorensen, too, went on to do web design for an online game, and continues to do graphic design professionally. Meanwhile, Watson cites web design as her “dream job”, and currently crafts Skyrim mods after Petz sparked her interest in the hobby. “I owe every single piece of knowledge I have on HTML coding to Petz,” she said.

When asked how the Petz community compared to other niches in the video game industry, Sorensen remarked, “I would definitely consider the Petz community as a safer environment than [others] were at the time. It was an environment surrounded by creativity, rather than competition or greed.” Cottrell added, “It was [an] unusually friendly and positive community in a time before social media, and there were no perceived threats. It was an innocent time.” Tiggy’s was one of the major community hubs, hosting competitions and events to promote Petz websites.

Petz was a space that encouraged people to pursue their passion projects without fear of being mocked or judged. Such boundless creativity led to many interesting places. Fulop himself notes, now more than 15 years down the road, “I remain astonished by people’s endless creativity and dedication to crafting something new.“

Even to this day, Petz remains an inclusive and active (albeit smaller) online space, now a mix of original members and newcomers. Although the rush to adopt petz from the best hexed or selectively bred litters has slowed down, fans still congregate around a cluster of online forums. All of the women I spoke to said they were still in touch with friends they made through Petz, friendships that began 17 years ago. When asked for his thoughts on the surprising direction Petz took, Fulop explained to me:

I would think any creator/author [would] always be delighted to learn that their work influenced others in a positive way and sometimes even help shaped who they became – what could be more validating? Petz was particularly satisfying because it was the first product I worked on that really “crossed over” and veered away from the traditional market for interactive entertainment.

It’s truly a shame that such a profoundly positive and empowering aspect of games history is mostly forgotten. Yet it’s a true testament to the quality of P.F. Magic’s work and the solidarity of Petz fans that it still quietly perseveres and inspires nearly 20 years later.

Jessica Famularo is a freelance writer who plays too many video games, but occasionally ventures outside to climb a mountain or two. You can find her on Twitter @JessFamularo, or check out other words she wrote at jessicafamularo.contently.com.

contributorPetzUbisoftwomen in gamingwomen in STEM