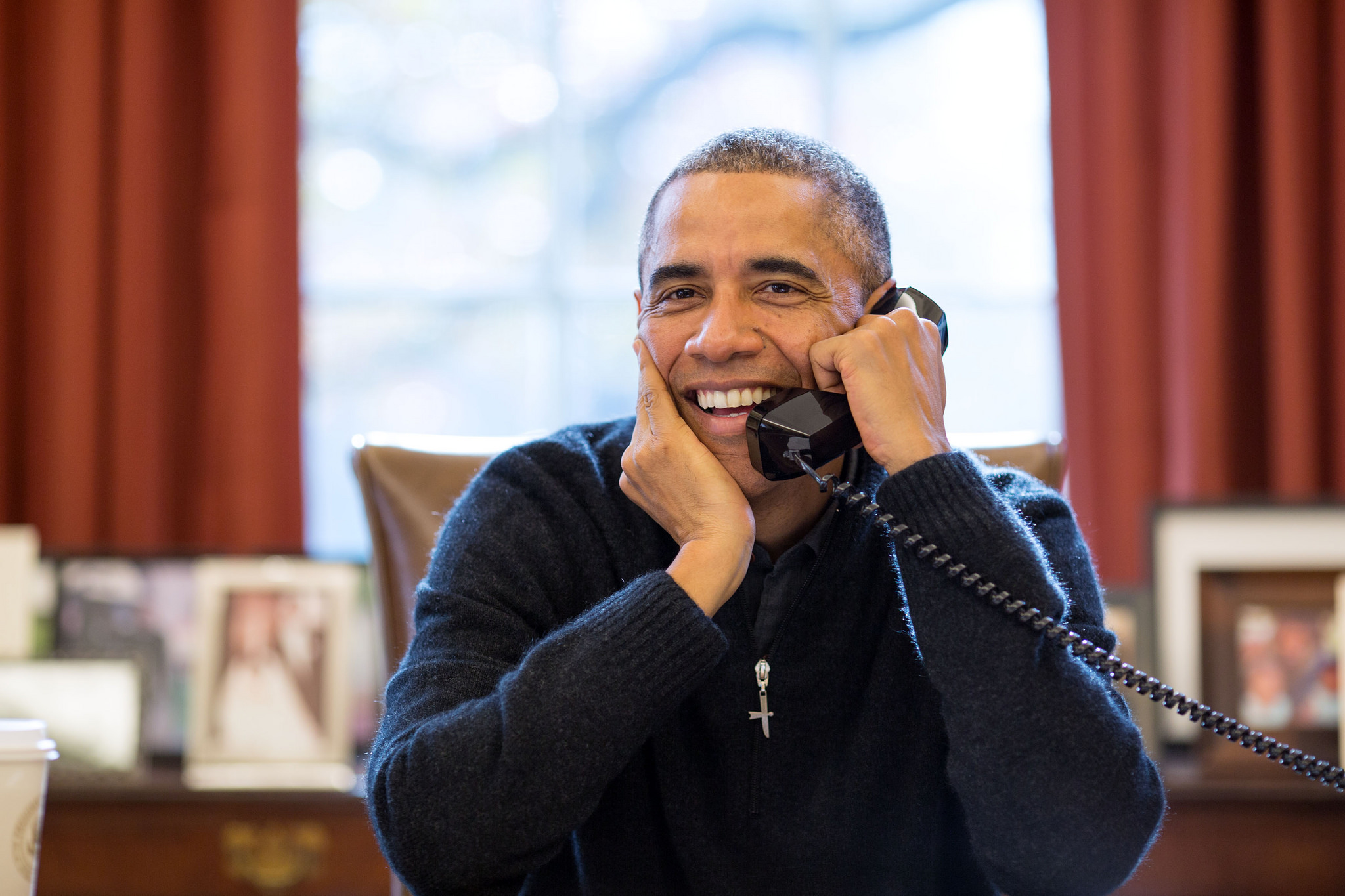 It’s been a while since we checked in with former White House photographer Pete Souza, the master of whatever the Instagram equivalent of subtweeting is. Souza has made himself known for throwing immense shade at the Trump administration through just an Obama-era photo and an innocuous-sounding, well-placed caption.

His latest act of snarky resistance is in response to one of Trump’s favorite phrases.

The Russian Witch Hunt is Rigged!

According to the always depressing Trump Twitter archive, Trump tweeted that phrase 104 times since January 1st of this year. And he keeps going, shouting it again whenever some new colleague or adviser or employee pleads guilty to or is indicted on criminal charges, giving the distinct impression that Trump really doesn’t know what a witch hunt is.

He seems to think it means a powerful man is being unfairly persecuted by a bunch of witches. (See: This stupid cartoon.) Or maybe he just really likes the way the words feel in his mouth while he screams them at rallies.

Here’s what Souza had to say:

Now, okay, obviously my headline is facetious. This isn’t a real witch hunt. A real witch hunt is a mass church- or government-sanctioned persecution and often murder of mostly women, rooted in misogyny and cultural othering. So no, neither Trump nor Souza are depicting a real witch hunt. But at least Souza’s is a hell of a lot cuter.