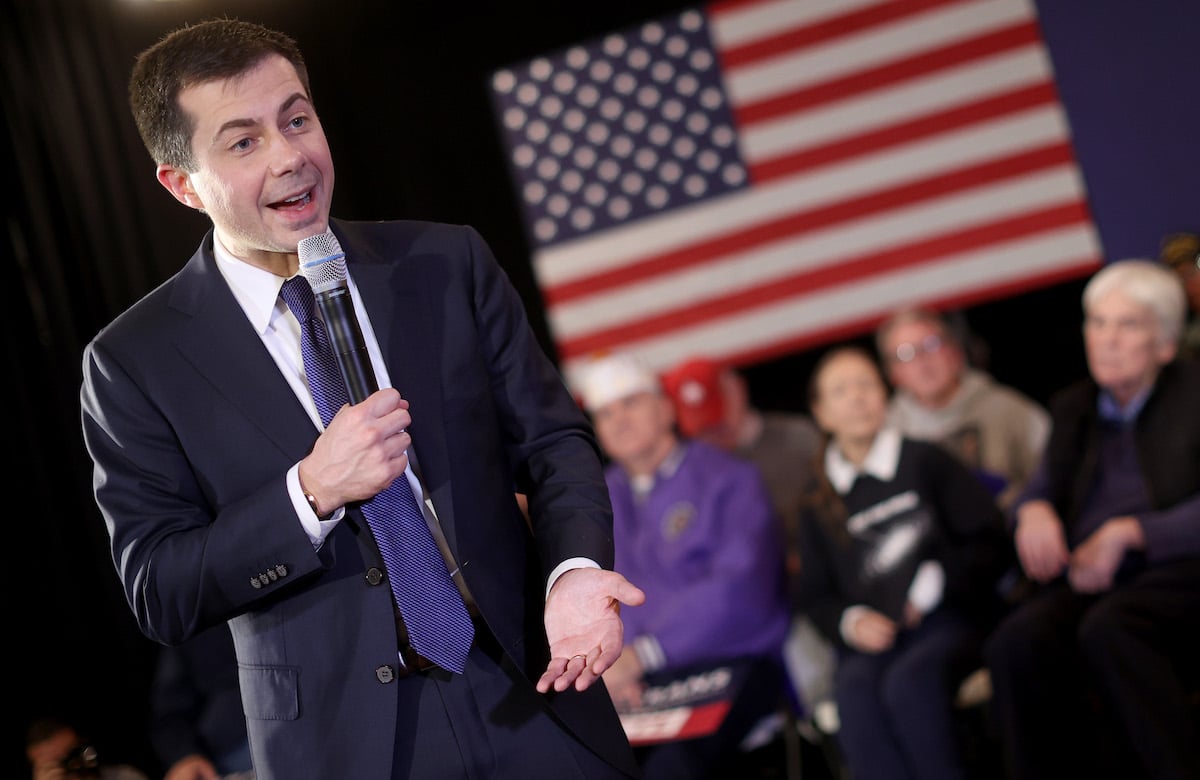 Mayor Pete Buttigieg may be the first openly gay presidential candidate, but his politics are a reminder that being marginalized doesn’t inherently make you radical or a true leftist. One of the moments that has left people side-eyeing Buttigieg is the comment where he was critical of the “revolutionary politics of the 1960s.”

Pete Buttigieg wouldn’t be able to run for president as an openly gay man but for the “revolutionary politics of the 60s.”

I’m an openly gay elected, and I thank Sylvia Rivera & Marsha P. Johnson for the revolutionary politics they put into action in June 1969. #DemDebate pic.twitter.com/UuM2L15qVE

Rodericka Applewhaite, who does Rapid Response/Research for Pete Buttigieg, got onto Twitter to make sure that we got the full quote from Mayor Pete, because his tweet (now deleted) came off as clumsy and dismissive ,considering the 1960s was the Civil Rights movement, the Stonewall Riots, and more.

“And I am not looking forward to a scenario where it comes down to Donald Trump, with his nostalgia for the social order of the 1950s, and Bernie Sanders with a nostalgia for the revolutionary politics of the 1960s. This is not about what coups were happening in the 1970s or ’80s, this is about the future. This is about 2020. We are not going to survive or succeed, and we’re certainly not going to win by reliving the Cold War. And we’re not going to win these critical, critical House and Senate races if people in those races have to explain why the nominee of the Democratic Party is telling people to look at the bright side of the Castro regime. We’ve got to be a lot smarter about this and look to the future.” (via CBS News)

Even taking the good faith approach towards Buttigieg’s comments, it still comes off as globally ignorant, very privileged, and detached from how the Civil Rights movement was perceived in its own time.

First of all, calling the 1950s a time of “social order” is ridiculous unless you are just talking about the way America looked on television. According to Stephanie Coontz in The Way We Never Were: American Families and the Nostalgia Trap, during the mid-1950s “a full 25 percent of Americans, 40 to 50 million people, were poor,” and due to the lack of food stamps or housing programs at the time, it led to high rates of poverty.

African-Americans in the South were dealing with systematic brutality through Jim Crow and resistance to migration in the North. In 1951, when a Black man named Harvey Clarke tried to move into Cicero, Illinois a mob of 4,000 white people harassed him, tore apart his housing while the police “stood by and joked with them.”

Women dealt with serious repression sexually, financially, and in the home, especially when working wives were considered a “menace” and a “disease.” Thing like sexual abuse were hidden, and as Coontz puts it, “We will probably never know how prevalent incest and sexual abuse were in the 1950s, but we do know that when girls or women reported incidents of such abuse to therapists, they were frequently told that they were ‘fantasizing’ their unconscious oedipal desires.” (p.39)

Politically, the Cold War anxieties started and raged during the 50s, and it was a time of great geopolitical unrest with things like the Cuban Revolution (1953–1959), large-scale decolonization in Africa first began in the 1950s, Korean War, the beginning of the Middle Eastern conflict, etc. Yes, America had been able to take its place of economic power post-WWII, but to act as though Trump’s 1950s nostalgia is rooted in anything factual is messy.

The reality is that, for a lot of people—especially the large Black voting bloc, Latinx people, and marginalized groups—the 1960s were a time when many groups felt inspired to be heard. Despite how it has been sanitized today, the Civil Rights Movement was a radical movement, filled with Black socialist and Marxist leaders who knew the importance of getting legislation passed to give people opportunities.

The March on Washington was Jobs and Freedom. During the riots at Stonewall, the people on the frontlines were Black and Latinx people, many of them trans people, who are still fighting to be acknowledged today. For those of us who only just began to get rights and freedoms in the ’60s, ’70s, and ’80s, while still dealing with governments not addressing certain institution issues, maybe we would like to discuss how we have not moved as far as we should when it comes to equality.

Regardless of what people want to think, the “revolutionary ’60s” have a lot more relevance today than the nostalgia of the ’50s—mostly because most of us, even if you’ve only seen Mad Men, should know that it wasn’t everything it was cracked up to be. It is also not helpful to have these conversations about revolution detached from the history of American imperialism, but that’s something most of the people on the stage—and, honestly, the American public—are not prepared to do.