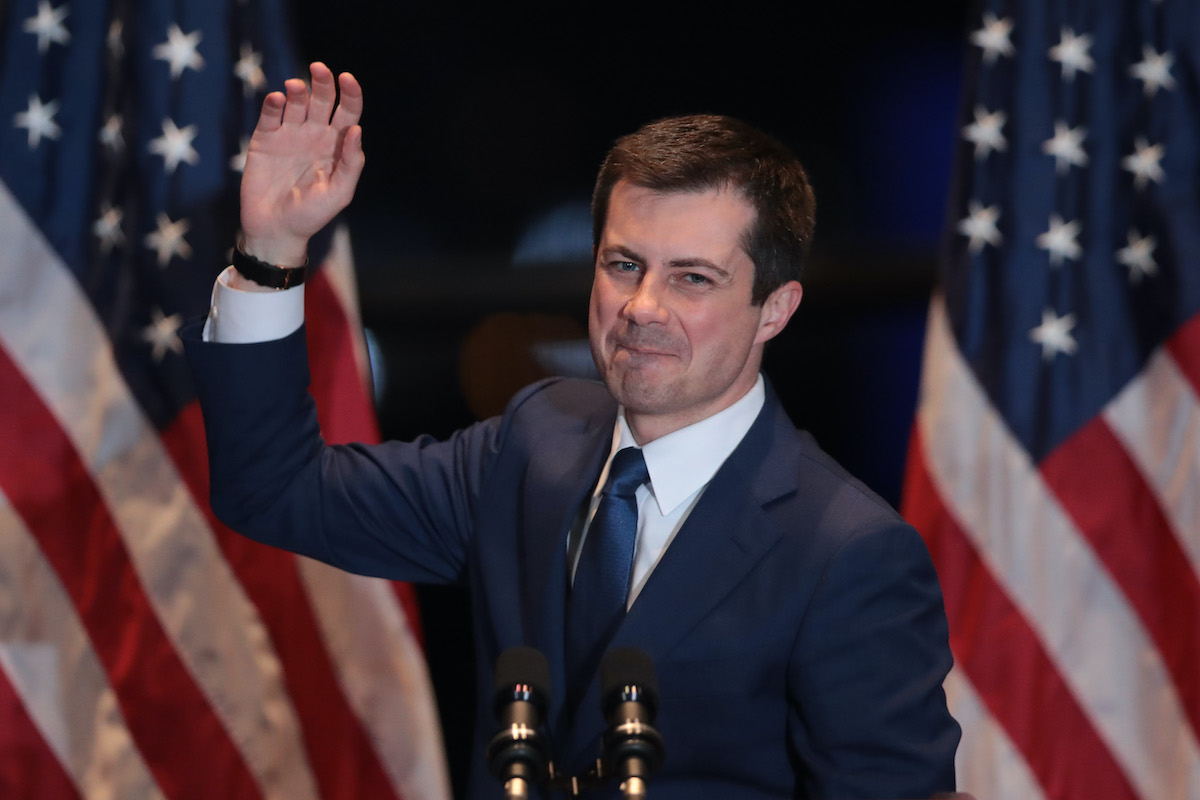 Pete Buttigieg announced Sunday night that he is ending his presidential campaign. This was surprising since he’d done extremely well in Iowa and New Hampshire, finishing neck and neck with Bernie Sanders in the first two states. He’d done terribly in South Carolina (and not well in Nevada, either), picking up no new delegates and getting the support of only 3% of Black voters, which pretty much destroyed his plan to keep his momentum going in states less blindingly white than those first two.

Still, his decision to exit the race two days before Super Tuesday took most people by surprise. Speaking in South Bend, Indiana Sunday, he told supporters, “the truth is the path has narrowed to a close, for our candidacy, if not for our cause.”

“We have a responsibility to consider the effect of remaining in this race any further. Our goal has always been to help unify Americans to defeat Donald Trump and to win the era for our values,” Buttigieg said.

“We must recognize that at this point in the race the best way to keep faith with those goals and ideals is to step aside and help bring our party and our country together,” he continued. “So tonight, I am making the difficult decision to suspend my campaign for the presidency.”

While Buttigieg didn’t mention other candidates by name in his speech, the implication seems to be that his exit is a strategic move to consolidate the more moderate vote, strengthening Joe Biden’s chances against Sanders.

Tomorrow is going to be a big day. 14 states will have their primaries and American Samoa will hold a caucus. Those states and territories will make up about a full third of the total delegates. It will be interesting to see where Buttigieg’s votes go. Those who liked Pete’s policies will likely go to Biden or possibly Klobuchar, while those who bought into the more progressive image he tried to create for himself might go for Warren or Sanders. Right now, both #PetetoBernie and #PetetoBiden are trending, with people trying to woo Pete’s supporters to their camp.

As for Buttigieg himself, it’s hard to imagine that he would have ended his campaign this abruptly, at such a crucial point, if there weren’t something on the horizon. What do we think Biden offered him? VP? Secretary of State?  Only time will tell, I guess!

By the way, Tom Steyer also suspended his campaign this weekend, though that news got overshadowed a bit by Pete’s surprise. At least it looks like he’s already trying to make up for pouring hundreds of millions of dollars into a vanity project.

.@TomSteyer is pretty much saying he’ll be sticking around in South Carolina to end Lindsey Graham’s political life.